Get to know our senior leadership team. Learn about the leaders who shape our vision here in the UK and connect with them. 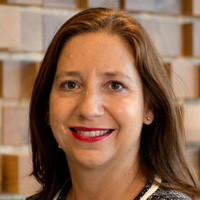 On October 1, 2020, Clare was appointed Chief Executive Officer of Microsoft UK where she is responsible for all of Microsoft's product and service offerings in the UK for our commercial customers and partners.

Previously, Clare was Microsoft UK's Chief Operating Officer for four years where she orchestrated the direction and success of the sales, marketing and services resources in each of Microsoft UK's business groups. In this role she also led strategy and planning for the UK subsidiary, while overseeing the central marketing function for the subsidiary.

With nearly three decades in the IT industry, most of them in diverse roles across Microsoft, Clare was previously General Manager of the Small, Medium Enterprise & Partner Group at Microsoft UK. In this role she led a team driving sales and marketing efforts, and providing comprehensive solutions for small to medium-sized businesses and Microsoft's partner community.

Before joining Microsoft, Clare held many business development and marketing related roles within the IT and distribution channel.

In 2019, Clare was appointed to the Advisory Council of the British Heart Foundation. She is also a member of the CBI's Economic Growth board. Clare lives in London with her husband and two young sons. 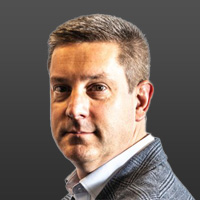 Chris leads the Enterprise Commercial business at Microsoft, supporting the UK's largest companies to achieve more with cloud technology, data and AI. Chris was appointed General Manager of Enterprise Commercial on October 1st 2021, drawing on 25 years of experience in customer facing leadership roles at Microsoft and IBM. Chris was previously the General Manager for Microsoft's UK Public Sector business, engaging with a deep sense of purpose to transform public services, in particular supporting the government's response to the pandemic across government, healthcare and education.

As a member of the UK SLT, Chris is the Executive Sponsor for Microsoft's UK Digital Skills programme, with a commitment to ensure that everyone, no matter their background or circumstance has access to inclusive technology, skills and the opportunity to succeed. Chris is an empathetic leader and has a passion for supporting others. He is the Executive Sponsor for both the Disability and Military Employee Resource Groups at Microsoft, fostering an environment where people can truly come as they are and do what they love. 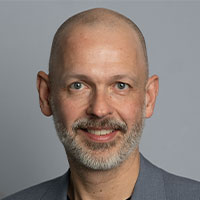 As General Manager of Microsoft UK's Customer Success Unit (CSU), Derrick leads the organisation responsible for enabling Microsoft's largest Enterprise Customers on their journey to embrace Digital Transformation. Core to the CSU mission is to deliver a differentiated, connected customer experience that spans the entire customer lifecycle as we look to delight our customers and exceed expectations across every touchpoint.

Over the last three years, the Customer Success Unit has grown into a 600 people strong organisation, representing a diverse mix of technical, change management and support delivery skills and experiences. Together, these teams are working with some of the world's best-known brands and the UK's largest Public Sector organisations to modernise and transform their organisation.

Since joining Microsoft in 2001, Derrick has held multiple leadership roles in the UK as well as internationally.

He is the executive sponsor of Microsoft UK's Diversity and Inclusion agenda. Driven by his passion to empower people of all ages, skills and abilities in a technology-driven world, Derrick has played a leading role in Microsoft's strategic digital skills initiatives such as the strategic partnership with the South Central Institute of Technology based at Bletchley Park, and the academic startup project, University Academy 92 in Manchester, where he established Microsoft's new Greater Manchester campus. In addition, he is the executive sponsor of the strategic partnership between the England and Wales Cricket Board and Microsoft.

Outside of Microsoft, Derrick is a board member at SICCAR and a member of the Fitzroy Board of Trustees, a charity with the mission to transform lives by supporting people with learning disabilities to lead the lives they choose. He is a keen marathon runner and after completing the likes of Barcelona, Berlin, Edinburgh, London and New York, he is aiming to complete the Abbot 6 Majors. 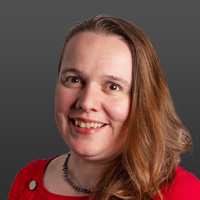 As HR Director, Claire helps drive the outstanding business impact, cultural transformation, and growth of Microsoft in the UK. She partners very closely with colleagues to develop and drive the people strategy across the UK GEO. She spends time with senior leaders to shape their thinking, provide coaching and drive even greater ambition into Microsoft's people agenda.

Previously, Claire was Partner at PA Consulting where she advised public and private sector senior leaders on how to respond to the new demands of the changing world of work. She specialises in pragmatic people solutions to transform the way organisations work and grow. She is passionate about building diverse teams where all colleagues can authentically bring themselves to work and thrive! 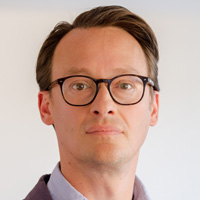 Hugh Milward leads Corporate, External and Legal for Microsoft in the UK, with a seat on the UK leadership team. His focus includes work to help organisations overcome legal and regulatory hurdles to their technology adoption and transformation, managing some of the complex geo-political issues relating to tech, and working to ensure no one is left behind from the onward march of technology. Hugh's background is in politics, corporate affairs and reputation management, working for some of the world's most high-profile brands including Starbucks and McDonald's. He is passionate about the interrelationship of society and technology. Hugh is a Board Director of the New West End Company, Chairing its Public Affairs committee, and a member of the Board of Directors of BritishAmerican Business. Hugh sits on the SE Council of the CBI and on the Advisory Board of the Institute of Coding.

Mark has been in IT Sales, Service and Management for 24 years covering all sectors and multiple solution areas from Software & Service providers including SAP, KPMG Consulting, webMethods joining Microsoft in 2004.

Mark is a member of the Microsoft UK Leadership Team and runs Microsoft Solutions comprising of 350 diversely skilled people covering the three Microsoft Clouds. The teams comprise of Solution Specialist Sales and Technical Specialists in a shared service model serving over 800 business customers. (Global, Enterprise and Partner and Public Sector). Mark has previously held a variety of leadership roles at Microsoft most recently running the Microsoft Intelligent Cloud Business including Azure and AI. Other leadership roles include Western Europe Dynamics Partner Channel, Healthcare and Corporate Accounts.

Max leads Microsoft Consulting Services since July 2020, in charge of ensuring Microsoft world class expertise and know-how when it comes to customers most advanced and innovative projects to digitally transform their operations, products, or their own customers relationship, leveraging the most advanced Microsoft's breadth of technologies and hyperscale Cloud capabilities.

Max joined Microsoft ten years ago. Before joining the UK, Max was the Enterprise Commercial sector Lead for the manufacturing industry in Western Europe, and prior to that role, he was leading the entire Europe, Middle-East and Africa Services sales organization.

Max has an extensive background in the Tech industry having worked 13-years at IBM, and also for Microsoft Partners. His experience is both in services and complex projects, in leading large sales organizations, and in business processes digital transformation across Enterprise and public sector.

Max is passionate about history, classical literature and paintings, and is an avid listener of music (ranging from pop music to opera). 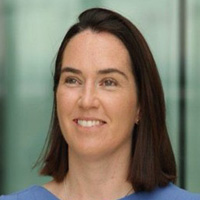 Orla joined Microsoft in March 2021 to lead the commercial partner organisation. Joining us from our close partner Accenture where, over the past decade, she has been at the forefront of building their software as a service business through her leadership roles of the Cloud First Applications business and most recently, leading the Salesforce Business for the UK and Ireland.

Orla has spent over 25 years in the technology consulting sector and is a passionate believer in ecosystem partnerships and believes those companies that will thrive in our tech sector will be those that partner most effectively, shaping unique and differentiated propositions for the benefit of their clients.

Having been the Diversity and Inclusion Representative for Europe at the Accenture Technology business, Orla is keen to keep driving a more inclusive workplace where diversity can thrive.

Born and raised in Ireland, Orla has made London her home for the past 20 years with her family. She loves keeping fit outdoors, running, hiking and cycling and focusing on the wellbeing of family, friends and employees. 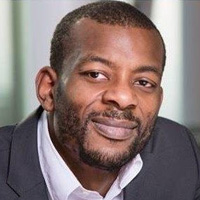 Paul Benjamin was appointed the UK Finance Director in June 2017. In this role, Paul is responsible for all finance and accounting operations in Microsoft's UK subsidiary and is a member of the subsidiary leadership team.

Paul joined Microsoft in 2010 and has performed various roles as the Marketing & Operations Controller in the UK, CFO Netherlands in 2012, and Regional Finance Director for Western Europe in 2015.

Paul has a business degree from UWE - Bristol and is a member of the Chartered Institute of Management Accountants. Paul is married with two children. 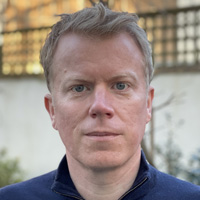 Richard joined Microsoft in April 2012 with Microsoft's acquisition of Yammer. Upon joining, Richard led the Microsoft 365 Enterprise sales teams, working with the UK's largest commercial customers, and then latterly moving to lead the Microsoft business group for the entire subsidiary across commercial and consumer segments.

Richard is actively involved in the subsidiary's work on diversity and inclusion, aiming to make Microsoft UK's culture the most inclusive possible, to help foster a culture whereby everyone can thrive. He is the Executive Sponsor of Microsoft's Women@Microsoft Employee Resource Group and sits on the Board of The WIT Network. 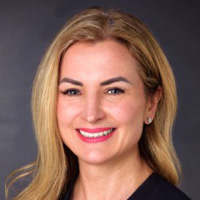 Soraya leads the Marketing and Operations team in the UK. She enjoys building strong, high performing and multi-disciplined teams to help our customers, partners and people achieve more. Previously, Soraya was Chief of Staff for Jean-Phillipe Courtois. Here, she led strategic initiatives to drive cloud acceleration, enabling adoption to every customer, industry and country around the world.

Prior to this Soraya was the Head of Solution Sales in Australia and held many leadership roles across our commercial, public sector and services businesses. Soraya also brings strong global experience, as well as leadership expertise through initiatives such as Cloud and AI Country Plan.