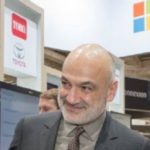 Bühler, a family-owned Swiss company, and one of the world’s leading grain processing providers – over 65% of the world’s grain goes through Bühler food processing machines – keeps food healthy and safe for two billion people every day. More than 30 percent of all food produced across the world is lost and wasted, while 800 million people are starving. Together with strategic partners like Microsoft, Bühler wants to figure out how to feed a growing world population. Its goal is to reduce 30 percent of waste and 30 percent of energy that goes into food production processing for its customers by 2020.

Our CEO Satya Nadella shared Bühler’s story during his keynote at our annual Ignite enterprise conference in Orlando, Florida. Today, they launched Bühler Insights™, the first secure ,reliable and intelligent cloud-based digital services in the food and feed processing industry. MoisturePro™, one of the digital services powered by the new platform is able to  reduce energy consumption for industrial drying processes and save customers hundreds of thousands of dollars per year. The Bühler Insights platform combines the power of Bühler’s thought leadership in food processing with Microsoft’s expertise in delivering intelligent cloud technologies, including AI, Internet of Things (IoT) capabilities and blockchain to unlock new levels of food safety, traceability, transparency and data intelligence.

Beyond food waste is food contamination. In the first eight months of this year, the US Food and Drug Administration recorded around 120 cases of food and feed contamination in the US. This included contamination from salmonella, listeria monocytogenes, glass, metal and rodent droppings. Using blockchain technology, companies can quickly trace the source of contamination and try to prevent it from resulting in illness, lost food production and damaged brand reputation.

During his keynote, Satya shared how Bühler integrates blockchain technology into its Bühler Insights platform to help their customers such as grain, flour, rice and corn millers. With this solution, crops and grains can be traced all the way from farms and food processing mills to grocery stores. To learn more about Bühler’s solution, watch the video below.

This site uses cookies for analytics, personalized content and ads. By continuing to browse this site, you agree to this use.

Starting with one of their most valuable customers, Whitworth Brothers, a well-known miller in the UK, they will use Microsoft Azure Blockchain Workbench to digitize a largely paper-based, manual process to transport grains safely. This is the first instance of using blockchain to specifically track grain and maize. By digitizing the food safety process, all players along the supply chain, including the farmer, shopkeeper and hauler can make sure crops are digitally verified to avoid tampering or contamination. When blockchain is used in combination with sensor technologies like IoT and RFID it can act as a ‘shared data layer’ to help multiple parties track the status of an asset as it moves across a supply chain and share information on where it originated and how it was handled along the way. For example, farmers could verify that the crops have been grown compliant with organic practices or a freight company could confirm that the trucks were clean when they were loaded with food.

With this new digital service, Bühler is not only building a new offering and revenue stream, but also creating a shared food-safety platform for the Agriculture industry that could guarantee crop safety along the entire food supply chain. While other food industry players have focused on sustainability for more valuable food commodities like fruits and meats, Bühler is focusing on providing efficiencies for staple foods, including corns, grains, rice and maize – food that a majority of the world relies on.

This innovation builds on the cloud and AI technology partnership we established with Bühler earlier this year at Hannover Messe, when we’ve launched LumoVision together, which can identify and remove corn that has been contaminated with toxic aflatoxin. Additionally we’ve showcased two Bühler Insights solutions, GrainiGo™ for corn and and TotalSense™ for rice, which are using our intelligent cloud technologies. These solutions allow Bühler’s customers to assess raw material quality and trends, compare performance, and store data for future analysis and traceability.

It’s incredibly gratifying to work with a company like Bühler, who is not only using technology to make food safer and more efficient, but also has a shared vision for how technology can help people all over the world to achieve more. As Stuart Bashford, Digital Officer at the Bühler Group, so poignantly put it: “These problems in the food chain have been with us for some time. But now we have the technology to solve them.”

Microsoft Cloud for Retail: Creating resilient retailers with our partners

Optimize your resources with Microsoft Cloud for Manufacturing

To adapt to the current environment, manufacturers are looking to their existing technology investments to Read more 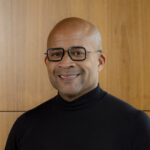 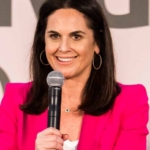