By migrating Yammer to Native Mode, Microsoft has integrated its social networking service with the Microsoft 365 suite. This has enabled Microsoft IT professionals to manage Yammer with more integrated tools, while enhancing B2B guest capabilities and helping to empower communication and collaboration for Microsoft and its partners.

For the past eight years, cultural change at Microsoft has accelerated based on open and transparent conversation, addressing tough problems from a diverse set of perspectives, and clear articulation of values applied to technical, social, and ethical questions. Essential to the communication fabric that enables this growth is cross-company participation across vibrant and diverse communities, powered by Yammer.

All of these improved functions and compliance features led Core Services Engineering and Operations (CSEO), the engineering organization at Microsoft that builds and manages the products, processes, and services that Microsoft runs on, to shift the Yammer network entirely into the integrated infrastructure.

Why it was time to implement Native Mode

Yammer joined the Microsoft family of products in 2012. Since then, the internal social networking service has experienced significant and organic growth, becoming a wellspring for knowledge-sharing across the company. Microsoft’s employees and partners have long relied on Yammer to communicate. During Microsoft’s recent work-from-home period, 110,000 users turned to Yammer to connect and collaborate with colleagues. Even prior to that, Microsoft employees and third-party guests have leaned heavily on the platform to communicate initiatives, changes, and host stimulating and asynchronous conversations on critical topics. As the social network grew, it became clear that it was necessary to remove some outdated or irrelevant material for the health and future development of the network.

Migrating to Native Mode is the only way to fully align the back end of Yammer to the rest of the Microsoft suite, including Microsoft Azure Active Directory. Beyond integration, Native Mode permits CSEO to manage all Yammer communities with the same policies and practices implemented across Microsoft 365. The integrated infrastructure of Native Mode enables all files and conversations to be searchable and shareable through common methods. Additionally, moving to Native Mode allowed CSEO to leverage Microsoft Azure B2B guest models, adopting unified and familiar document, group, and app sharing models for partners and customers.

The strong identity management introduced in Native Mode simplifies oversight, adding controls to manage guest identities and appropriate guest access to the service. In addition to the Microsoft Azure B2B guest capabilities, Microsoft 365 rules and policies can now be applied to Yammer communities.

Planning and preparing for migration

For small and mid-sized organizations, moving from classic Yammer to Native Mode could be as simple a process as flipping a few switches and adjusting some settings. To make the transition smooth, the Yammer engineering team has developed an automated wizard for Yammer, the Native Mode Alignment Tool, to help migrate communities of fewer than 50,000 users. For larger enterprises, including Microsoft, migrating to Native Mode requires a closely monitored approach guided by an engineer.

Native Mode alignment guides the processes of migrating Yammer to Native Mode. This process inventories existing members, communities, and files, enabling decisions about how to handle changes that might occur during transition. The process also monitors the progress of proactive changes, limiting the number of surprises encountered during the migration to Native Mode.

The switch to Native Mode is either automated, with the Native Mode Alignment Tool, or engineer driven. The volume of information in Microsoft’s Yammer network is significantly higher than a majority of other customers. As such, CSEO worked with the Yammer engineering team to successfully migrate to Native Mode with minimal disruption. 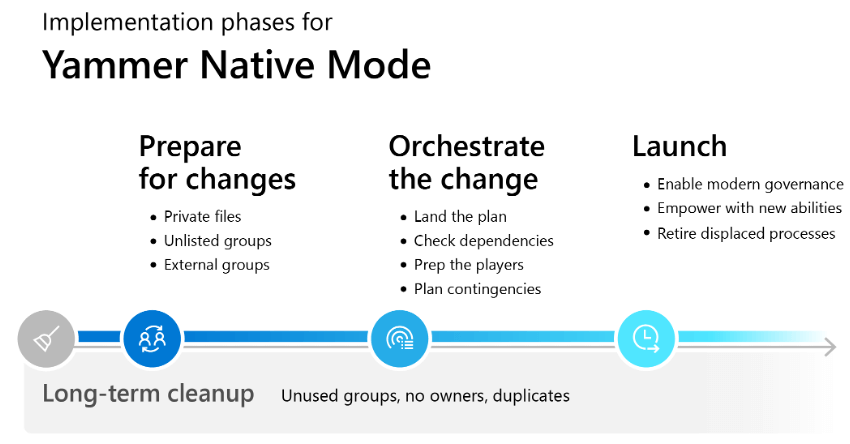 Figure 1. Four key phases define the migration into Native Mode. Long-term cleanup, which precedes everything else, runs concurrent with the other stages.

Readying for Native Mode revealed that Microsoft had several thousand unused groups and Yammer accounts that accrued since the service’s introduction. As CSEO worked through their migration strategy and introduced automated lifecycle controls, abandoned groups were culled from the network and safekeeping strategies were implemented to help owners prepare for Native Mode. Cleaning up Yammer occurred throughout the entire migration, helping to prune the environment of unnecessary material and easing the transition.

Cleaning house properly decreases the number of unused and noncompliant groups within social networks, reducing the number of groups that must be migrated. Furthermore, as old and outdated groups are removed from the ranks, users can better discover current resources and information.

Assess the current state of the Yammer network

Before moving into Native Mode, CSEO carefully examined the existing network. This meant digging into specifics about how classic Yammer communities were being used.

Pre-work related to evaluating and understanding the Yammer environment is critical to a successful migration. The preceding elements will all be affected during the transition into Native Mode, and knowing what will be affected reduces the potential for surprises or disruption.

These proactive steps exist to reduce a disruption of service for Yammer users. By predicting and responding to gaps, CSEO was able to engage with groups and owners early, preventing a loss of access.

Ease the shift for critical and large communities

CSEO was always aware of the potential impact a migration might have on large and critical Yammer groups. To avoid confusion related to the changes, additional communication was established with groups and owners of key communities. 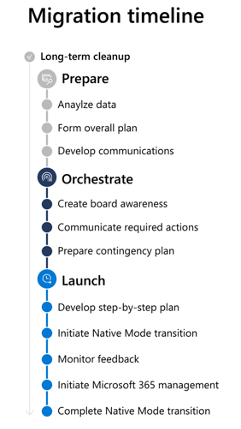 By engaging early and often, CSEO was able to consult with groups and owners regarding the new features and benefits of Native Mode, discuss action steps required to ease the migration, and convey milestones.

Early on, CSEO’s communications professionals scheduled a series of messages to go out to users informing them of the changes. A major part of CSEO’s migration plan was to provide high-level information to everyone, then rely heavily on regular communication with group owners for targeted actions. Project managers directly engaged with group owners from larger and critical communities to prepare them for the change. This steady stream of communication not only helped group owners ready for migration, it also amplified messages across Yammer.

CSEO communicated directly through emails, via messages posted into groups, and through generalized announcements posted in all-company environments, including Yammer and Microsoft 365 groups. Emails were utilized when direct action was called for, whereas general messages were posted throughout Yammer communities. In utilizing this strategy, CSEO was able to sequence and map out a successful messaging campaign.

Given the complexity and scale of the project, setting out a strong pattern of communication eased the transition to Native Mode. After the migration was underway, CSEO published web pages and blogs to further facilitate the communication with users, group owners, and stakeholders during the change.

Managing the shift to Native Mode

Due to the size of Microsoft’s Yammer environment, initiating Native Mode required coordination to manage the volume of accounts, thousands of Microsoft 365 groups, and millions of files. Additionally, the age of the network became a factor because variations found in older metadata made it more complex to migrate from classic into Native Mode.

To initiate Native Mode and minimize the impact on users, CSEO developed a coordinated plan for managing the migration. This multi-day process sequenced priorities and team involvement to create a clear approach with engineers, project management, communications, tenant administrators, and support teams. Several processes took an extended period of time to run, but in the end CSEO was able to connect all users, files, and groups to Native Mode.

Having an escalation plan in place was critical for CSEO. During Microsoft’s migration to Native Mode, CSEO recognized several potential drivers for increased support related to the new Yammer environment. 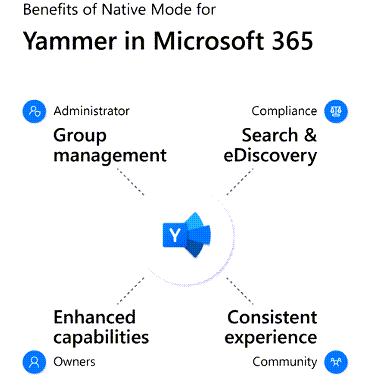 Figure 3. By integrating Yammer with Microsoft 365, CSEO is able to realize benefits for specific personas and elevate the experience for all users.

Initiating Native Mode for Yammer was a big step. CSEO understood the impact it would have on users, both in terms of benefits and possible disruptions. Now that a Native Mode Yammer environment is established, Microsoft’s company-wide social network can reap the benefits of a full Microsoft 365 integration.