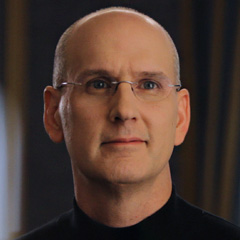 Since its founding nearly 90 years ago, Nationwide has gone from a small auto insurer for farmers to one of the largest insurance and financial services companies in the world. Through it all, one thing has stayed constant: a focus on serving customers, which it considers members of the Nationwide family. Today that members-first policy is supported by Yammer social networking technology, including a SharePoint integration dubbed Spot—as in, the spot to get everything done.

A few years back, senior executives were looking for a way to better connect with employees, who are scattered across locations and often spend significant time in the field. “We needed ways to engage our associates more effectively to flatten the organization and make it feel more like a family,” says Greg Moran, SVP and CIO, infrastructure and operations. “So we turned to Yammer.”

Nationwide’s network got its start in 2008, the year Yammer launched and took top honors at the TechCrunch50 Conference. Today nearly all 36,000 employees are on Yammer, thanks to its easy-to-use interface and how the network supports Nationwide’s business objectives—especially its core commitment to member satisfaction.

Nationwide’s custom Yammer-SharePoint implementation is as powerful as it is popular. “We chose SharePoint because it’s an industry leader in document collaboration,” says Enterprise Applications Lead, Jeff Schumann. “But we also wanted a platform that would make employees more collaborative and engaged, and it had to be social and easy to use. The solution was to add Yammer into the mix.” As a result, associates are more connected and can find experts and information more easily.

“We want to put solutions out there that associates love using,” Moran says. “These also need to be simple to implement at a reasonable cost point. That’s exactly what we have with Spot. It’s a great solution that our users love.”

A critical component of Spot, Yammer was also pivotal in its development. When Spot was being refined in 2012, a Yammer group with roughly 200 users gave the IT team feedback on everything from the search interface to where the “home” button should go. “We were able to react on the fly to allow our associates to build their own tool,” says Chris Plescia, IT leader, collaboration. “Plus, because they helped create Spot, users feel a sense of ownership.” That feeling extends even to the name: “Spot” was the winning entry in an employee contest on Yammer.

Yammer isn’t just making Nationwide’s IT team more responsive, it’s having a huge impact across the entire enterprise. “It’s a channel that lets us swiftly communicate all our company’s moving parts,” Schumann says. “That really gives us a competitive edge when it comes to responding to customers’ needs and changes in the industry.” “I think the ROI around social networking is time compression,” Moran says. “With Yammer, our ability to understand and react to a problem or build on an idea has sped up dramatically. There’s no question we can serve our members better.” For instance, Yammer helped Nationwide step up its efforts when Florida was struck with a chain of hurricanes a few years back. Agents responding to the initial storms used the network to document customers’ urgent needs, which meant that Nationwide trucks heading out to disaster zones in subsequent hurricanes were stocked with essentials like diapers, water, and power sources.

Fostering Collaboration Across Teams and Functions

Whether they’re out helping members during a crisis or fielding calls, associates use Yammer to mine Nationwide’s institutional knowledge. Because the network breaks down geographical and functional silos, it forges connections that never existed before.

“Yammer is the core of the ecosystem that lets us collaborate,” Moran says. “I love watching people from all over the company team up to answer questions and resolve problems. Yammer taps into people’s desire to do the right thing. It just makes doing the right thing a lot easier, a lot more fluid, and a lot more seamless.” When Mark Pizzi, Nationwide’s president and chief operating officer, posted a request for employee suggestions on innovations that would improve operations, roughly 400 responses poured in from across the company. “It was compelling for everyone to see the president asking employees how they’d run the company if they were in his shoes,” Schumann says. “People provided outstanding feedback, and some of those ideas are already being implemented.”