This week’s post comes from Sean Azlin, the program manage on the Word team who has been working to make Word shine on Windows RT. 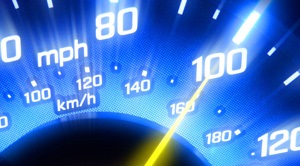 Like you, we here on the Word team are pumped about Windows 8 and Windows RT. We’re equally excited to be shipping Office Home & Student 2013 RT with Windows RT devices. Knowing this, one question you might have is: “How is Word being optimized for Windows RT?”

With the introduction of Windows RT, Office recognized that more PCs will be mobile than ever before. For that reason, the Office team deeply invested in minimizing the impact our apps have on a mobile PC’s battery life wherever possible. For Word 2013, we do our part in protecting your PC’s battery life by throttling down Word’s activity whenever the user stops interacting with the application for a certain amount of time (currently 30 seconds). We call this mode “deep idle”.

When in deep idle, Word is as throttled-down as it can be while still remaining responsive. This is when you might notice that Word’s cursor has stopped blinking, and that Word’s CPU usage is sitting at (or very near) zero indefinitely. You might see Word go into deep idle when you’re reading a document and haven’t needed to navigate for a while, when a friend or family member distracts you for a few minutes, when you’re doing some research in IE while Word sits in the background, or when you set your device down while you run outside to check the mail. In all such cases, Word will throttle down after 30 seconds to help protect your device’s battery life. And, when you interact with Word again, it’ll throttle up instantly to give you the great responsiveness that you crave.

Also, in case you’re wondering, deep idle is not just a feature of Word 2013 on Windows RT devices. It’s active as part of every install of Word 2013 on every platform, even if the device is plugged in. So, even your desktop PC will benefit from this new power-saving feature. Who doesn’t want to save money on their next power bill? And, throttling down Word has the added benefit of freeing up the CPU for other applications to use. It’s one more way that Word helps you get the most out of your Windows 8 PC.

Per Josh and David’s blog post, we’re expecting Windows RT devices to have about 2GB of RAM. That might seem like a lot, but we want to make sure that a user can really use Office on one of these devices. That means (for most of us) having multiple documents open in multiple Office applications at the same time. And let’s not forget the 10 IE tabs we keep open all the time, or that game of ARMED! that we’re picking at now and then. We want to make sure that Word is a good citizen even when you are really pushing your device.

There’s a constant balance that we have to strike when optimizing Word’s memory usage. On one hand, we want Word to use as little memory as possible. On the other hand, whatever resources we don’t cache in memory will be more expensive to access or generate in the future, and that expense could result in Word feeling sluggish or unresponsive. Every optimization has to be considered carefully and there’s no silver bullet.

For Word 2013, we’ve worked to make sure that Word holds on to the memory it needs to feel great during active use but releases larger resources like display objects and memory-backed graphics when it’s not in use. More specifically, Word releases 10% to 35% of its private memory usage whenever the user minimizes Word or fully obscures Word with another application. We call this “Low Resource Mode” (aka LRM), which is actually an Office-wide feature that is implemented for each Office application. Word and LRM are doing a great service here by preemptively releasing memory on our terms without sacrificing the user experience. Without LRM in play, the user is at greater risk for running low on memory and triggering expensive OS paging behaviors that can lead to indiscriminate user pain across multiple applications.

It can take Word about 30-60 seconds after it’s minimized or obscured before Word actually enters LRM. It’s worth pointing out that your results with LRM will vary depending on the type of content you have in your open documents. In most cases, LRM will help free up tens of megabytes of memory for other applications. In some extreme cases (for those of us who never close a document) it can free up as much as 100 megabytes or more.

The Word team firmly believes that typing and scrolling are core scenarios for Word. Almost any usage of Word will involve typing and scrolling to some extent. Because Windows RT devices are more resource constrained than typical desktops, we made it a goal to ensure that typing and scrolling in Word on these devices continues to look and feel great. It took some effort to make that happen, but in the end we’ve delivered well on our goal. Scrolling via touch in Word 2013 on a Windows RT slate looks and feels fluid and natural. Typing feels clean and responsive, and a smooth yet subtle cursor animation enhances every keystroke. The overall experience feels solid.

These are just a few of the important things that we’ve done to make Word 2013 great on Windows RT devices. In short, Word 2013 does what it can to preserve your device’s battery life, decrease its memory usage when not in use, and ensure that typing and scrolling are fast, fluid, and responsive.

The Performance and Power Management feature crew can’t wait to get their hands on Windows RT with Office Home and Student 2013.  We hope you’re excited too!

New enhancements in Office apps allow you to harness the power of your voice to spend less time and energy creating your best work, so can focus on what matters most.

Last week we announced several new capabilities that bring new inking capabilities to our Office apps, including Inking in Slide Show while in PowerPoint on the web and Ink Replay to bring your presentations to life. Today, I’m excited to share our progress with you on a set of innovations to help people be more productive when away from their desk utilizing voice, digital pen, and touch across Office 365 and our Surface devices.