For all Android lovers and users, here we go! Three months ago during Lync Conference 2014, we announced plans to release a Lync Android app that supports tablets. True to our word, today we’re releasing a new Lync app for Android that supports both phones and tablets. In addition to Android tablet support, our team also added two great features to enhance your conversation experience—the ability to add participants to an ongoing conversation and the ability to start an ad hoc group conversation.

I’m excited about the new Lync app for Android. Lync apps are already available across Surface and Windows 8.1 devices, Windows Phone, iPad, iPhone, and Android phones. Now, with the new Lync for Android app, we are bringing the amazing experience of Lync 2013 to Android tablets and further growing our mobile portfolio. The Lync team understands that people use a variety of devices, and we want to open the door for everyone to enjoy a great communications experience–no matter where you are or what device you’re using.

The new Lync for Android app includes the same features as the previous Lync for Android phone app, with adjustments to take advantage of larger tablet screens, including icon size, and image and video adjustments. The new app is supported on all Android devices that meet the minimum requirements, documented here. 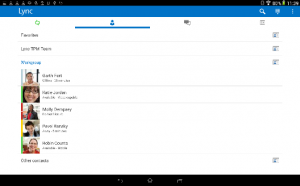 You can now add people to a Lync Meeting in progress

In addition to adding support for Android tablets, we made improvements to enhance your experience of using the Lync app on your Android device. Here’s one that will simplify communication: You can now add participants to an ongoing Lync MeetingGetting the input of the right person at the right time can save time and effort, and being able to add anyone to your meeting on the spot will help you accomplish this. 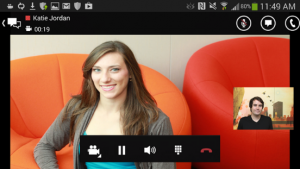 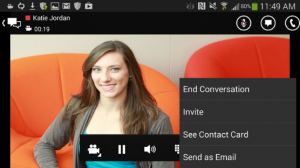 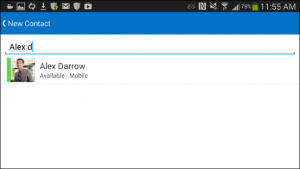 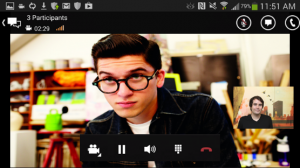 You can now start a group conversation whenever you like

Another enhancement we made to the Lync app for Android, Ad-hoc Group Conversation, will also make collaborating easier. With Ad-hoc Group Conversation,you don’t have to schedule a Lync Meeting and send an invitation to all the participants in advance. Now you can start a conversation with a group of people whenever you like. Just go to your contact list and invite an entire group of contacts from the different groups you’ve already created. You can hold the conversation via IM, call, video, or email. If a group member isn’t able to join the conversation, you’ll receive a notification that they’re not available. 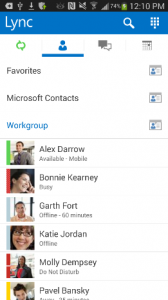 Being able to start a group conversation quickly, at any time, can help you keep everyone in sync and keep projects from stalling. It’s a great addition to the Lync mobile experience.

You can download the new Lync app for Android phones and tablets now on Google Play. Try it and let us know what you think. The Lync team is committed to bringing you a great communications experience and, as always, we appreciate your feedback.