Today Jeremy is joined by information protection engineering lead, Asaf Kashi, to explain the principles of data security and compliance along with the controls for administrators, end users and compliance officers. They discuss how built-in controls in Office 365 for Data Loss Prevention – including the new document fingerprinting – can help inform end users of policies and prevent data from being compromised. They also go deep with Office 365 Message Encryption and show how encrypted and branded messages to just about anyone.

Last week we announced a number of changes and upcoming features for Office 365 ProPlus and this week we go under the hood with engineering lead on the information protection team, Asaf Kashi, to talk about the control set for admins, users and compliance officers in Office 365. Cloud security and compliance management has been a hot topic and Office 365 offers a number of built-in controls to protect data.

At recent events we’ve presented Data Loss Prevention (DLP) coming soon to SharePoint along with enhancements to the file encryption story. In this special under the hood show filmed live at the Microsoft Exchange Conference in Austin, Asaf explains the genesis around how the Office 365 engineering team built DLP, eDiscovery and encryption controls in the product with productivity in mind. Of course, being a Garage Series show, we also demonstrate Document Fingerprinting and Office 365 Message Encryption. To see everything in action and learn more from one of the pioneers in cloud information security, you’ll have to go under the hood yourself and watch the show.

Next week we’ll bring back Richard diZerega to show a few things some developers may not think are possible to do with the new app model.

See you next time,

By day, Jeremy Chapman works at Microsoft, responsible for optimizing the future of Office client and service delivery as the senior deployment lead. Jeremy’s background in application compatibility, building deployment automation tools and infrastructure reference architectures has been fundamental to the prioritization of new Office enterprise features such as the latest Click-to-Run install. By night, he is a car modding fanatic and serial linguist. Asaf Kashi is a Principal Group Program Manager in the Office 365 Information Protection team responsible for Microsoft Exchange and FOPE mail-flow, Policy, and DLP. Asaf has also had Program Manager leadership roles in the Identity and Access group working on Rights Management Services (RMS), Forefront Identity Manager and shipping multiple versions of Active Directory. 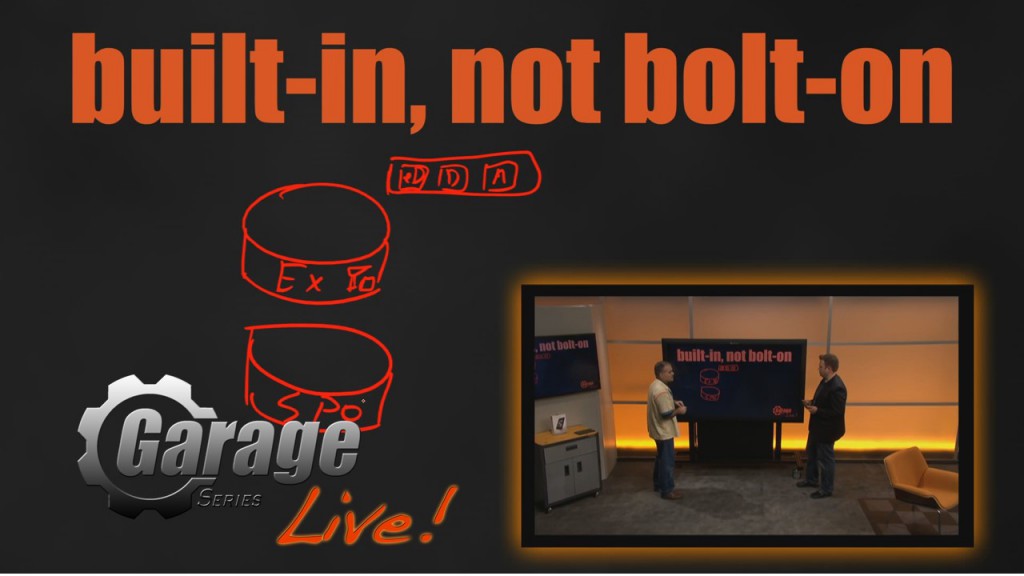