Brewing Up Success With an Enterprise Social Network 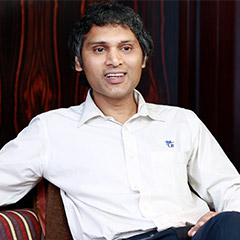 Currently headquartered in Bangalore, India, erstwhile United Breweries Limited began in 1915 with five breweries. Today it has approximately 2,600 permanent employees operating out of 46 plus locations, with close to 1,250 in managerial and administrative roles. The beer they produce are popular both domestically and internationally—especially the flagship Kingfisher brand.

“When people think about beer, they tend to think about fun and relaxation,” says United Breweries Joint President Shekhar Ramamurthy, who knows that beer is a serious business. “Lots of people work very hard to make our products and our company come alive. Our operations include 10 different offices, 20 breweries of our own, and 10 more associated with us—that’s a fairly complex network of manufacturing units.”

United Breweries is making communication easier across that complex network by rolling out yet another one: an enterprise social network. “Three years ago, we started a collaboration initiative by moving to Office 365 and the cloud platform,” says Divisional Vice President, IT, S Ramakrishnan. “The cloud helps in reducing cost, so we look forward to moving more and more items to the cloud.” That process began with the roll out of Office 365 applications like SharePoint for sharing documents, files, and templates; and

Lync, which was used for phone conferences, media sharing, and e-learning. “When we decided to augment our intranet with a social networking platform, Yammer fit the bill perfectly,” he says. “It was easy for us to deploy, integrated seamlessly with our SharePoint portal, and users found it intuitive and easy to use.”

United Breweries’ Yammer network took off organically—and quickly—after its 2013 launch. In just three months, 72 percent of employees—including staff logging in from computers at headquarters and territory sales managers tapping into the network from smartphones—were using Yammer. “That happened without us doing much to promote the network,” says Manager, Human Resources, Debismita Gupta. “Yammer is not a management-imposed initiative here at United Breweries. It’s a network of the people, by the people, for the people,” she adds.

General Manager, Human Resources, Suvro Raychaudhuri echoes that assertion: “People have adopted and adapted to Yammer in a way we have never seen with any other technology initiative. It’s not just a technology platform; it’s deeper than that. It’s a relationship platform.” 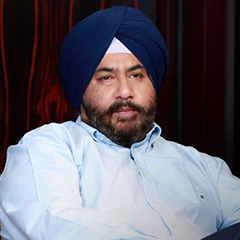 As company management recognizes, it is vitally important to listen to employees—not only for those in human resources, but for all other functions. And Yammer gives United Breweries a platform that promotes listening across the organization.

For instance, the network helps the human resources team better understand employee sentiment. That’s handy, because there’s a lot that happens in a fast-paced organization like United Breweries that cannot be captured through employee-climate surveys. But now that the company has its enterprise social network, traditional employee surveys have become a thing of the past. Yammer helps human resources personnel take the pulse of staff across geographies and divisions. They can post a question or an online poll and get fast feedback from United Breweries many locations—including ones that are so remote, they can only be reached by two-wheeled vehicles.

Some of the listening enabled by Yammer is boosting United Breweries’ ambitious e-learning initiative, UBL University. More than 33 percent of training at the company’s breweries is done by internal subject-matter experts—which makes it both cost-effective and highly relevant. Capturing and sharing that expertise on Yammer facilitates both structured and unstructured learning by collecting feedback and sharing real-time

Within the first year, Yammer helped United Breweries cultivate a wide variety of expertise and drive social learning. For example, the number of people who completed the Code of Conduct training course increased by 20 percent.

United Breweries is also using the power of Yammer to enhance its mentorship program, which pairs experienced engineers and managers with trainees. The network is being used to drive awareness of the mentorship initiative, attracting more participants. And a Yammer group dedicated to the program is capturing participants’ discussions and forging tighter ties—a core objective of any mentorship initiative.

As United Breweries has discovered, improved listening means improved processes. The company relies on Yammer to share best practices and refine ideas. As multiple people use the network to pour in their perspectives, ideas are generated, refined, and improved. That’s good not only for United Breweries, but its customers.

Yammer also has revitalized safety initiatives by getting employees more involved. The company got a great response when executives were challenged to come up with safety skits and role plays and post the videos on Yammer. During National Safety Week, United Breweries held a fire-extinguishing practice and different units posted their initiatives and activities, including fire-extinguishing exercises.

Adapting and responding to business challenges is vital for any organization’s success, so that’s one of United Breweries key uses for its enterprise social network. A case in point is how Yammer has transformed the way the company puts together Beer Update, a quarterly magazine for employees and retirees that has been in circulation for 17 years. In the past, information on topics such as business initiatives, employee events, and company awards was sent to the human resources department via email, with accompanying logos and photographs mostly coming in on CDs because graphics files were too large to send electronically.

That resulted in piles of CDs, envelopes, and papers—not to mention a jammed email inbox. But the clutter’s gone, thanks to a Yammer group where people can upload updates as well as photographs—and it all happens at lightning speed. The improvements do not end there. The company now uses an external Yammer network to send material to the vendor who puts together the magazine. All told, the time, effort, and cost of putting together Beer Update has gone down by 25 to 35 percent.

Perhaps the most dramatic example of how the company’s collaborative infrastructure saved the day was when Yammer and Lync—both part of Office 365—came together to ensure that workers got paid. A glitch cropped up in the payroll system in Goa over a weekend, and the system expert, who works in the Bangalore office from Monday to Friday, was unreachable by phone. With just four hours to go before the payroll-posting

deadline, things looked grim. Luckily, the expert logged in from home and was alerted to the problem. He and the team in Goa used Lync’s desktop-sharing feature to diagnose and solve the problem. It was fixed in the nick of time, and afterwards, the team in Goa went back on Yammer and wrote a post praising the expert from headquarters. It’s an example that showcases the versatility and power of enterprise social networking: information sharing, real-time collaboration, troubleshooting, and finally, rewards and

A Network to Grow On

United Breweries is a company that counts on its people—as well as the social technology that helps them be and do their best. Leveraging an enterprise social network helps the company grow its business by enabling staff who are innately good to perform even better.

By connecting breweries to bottling plants, sales teams in the field to marketeers in corporate headquarters, and internal staff to the outside vendors they work with, enterprise social technology lets United Breweries work like a network—one that is expanding so the company can reap even greater benefits. For instance, it recently added an external network that lets former employees keep in touch with each other as well as current staff. That benefits everyone: ex-employees stay up to date with friends and developments at the company, and current staff can tap into alumni’s experience and knowledge.

Another Yammer external network comes into play at the other end of the cycle: recruiting and educating new hires. “That helps build our brand value,” Mr. Ramamurthy says. “It also connects prospective and future employees with people in the company, giving them a better sense of life at United Breweries.”

More business partners are being added to United Breweries’ network too. “I can work on presentations along with a supplier or an advertising agency,” Mr. Ramakrishnan says. “That kind of collaboration makes us more efficient and fosters creativity. Instead of sending and receiving hundreds of emails and trying to stay on top of various conversations, we just create a Yammer group and start posting, sharing data, and coming up with ideas.”

“We’re growing so rapidly that for us to be able to provide a common feel for the United Breweries brand and a consistent experience for employees throughout their lifecycle in our organization, we need a powerful and engaging communications platform,” says Executive Vice President of Human Resources Manmohan S Kalsy. “Yammer does that for us. It also puts unit heads, sales executives, and our human resources team in touch with both staff and one another so we can easily and quickly exchange information and find out whether our initiatives are on the right track.”

One of the most important ways Yammer can drive an enterprise’s success is by providing a forum for individual and collective contributions. “Since the root of innovation is communication, an enterprise social network stimulates and accelerates innovation,” Mr. Ramamurthy says. “And innovation is what drives growth.”

“I’ll tell you why Yammer is such a hit at United Breweries,” Ms. Gupta offers, focusing on the big picture. “We have enabled our employees to be nimble, creative, and agile. People are finding themselves empowered—and that will ultimately grow the business.”

What People at United Breweries Are Saying About Yammer

“Yammer is like a river flowing through our company, bringing employees from all locations and departments into an ongoing flow of communication. They love sharing what’s going on in their jobs and geographies—and hearing about what’s happening in others.”

“An enterprise social network allows communication that’s real time, multi user, and problem-centric. Even better, it empowers staff to be more agile and creative in their jobs. And quicker: we can now produce 600 bottles a minute.”

“You can have the best marketing strategy or IT infrastructure, but the real driver of success is people who feel like part of an organization that cares for them—people who are motivated and empowered to add value to the company. Yammer creates that kind of environment.”

“With Yammer, we are able to facilitate discussions, drive participation, and gain feedback for all our learning programs. You can see the enthusiasm rising and the interaction building among employees.”

“We’ve started using the network to promote safety initiatives. When you engage people that way, they really own the safety concept—it gets into their blood. It’s far more effective than a management-driven campaign.”