Banking on an Enterprise Social Network 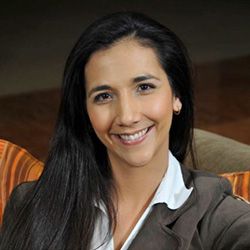 Africa’s largest financial services provider by asset value and market cap is also one of its oldest: Standard Bank has a 152-year history in South Africa and similar long-standing histories in many other African countries. The bank began expanding across the continent and other emerging markets in the early 1990s; today it operates in 33 countries, including 19 in Africa. Standard Bank may be a venerable institution, but its approach to business and technology is anything but old fashioned.

Social tools and techniques are central to the bank’s strategy for keeping up with the pace of 21st-century business. “Everything is speeding up because we’re all connected in ways we weren’t just a few years ago,” says Executive Head of Interactive Marketing Bellinda Carreira. “To stay relevant as a business, we have to keep pace with the market, understand customer needs, and crowdsource the best ideas to meet those needs. That’s why we’re using Yammer. It’s helping us make a culture shift towards a much more dynamic organization.”

The bank had a few early adopters of Yammer technology as far back as 2011, but the network really took off two years later. In the lead-up to a critical conference that brought together retail executives from around the world, the head of the bank’s global retail business asked Carreira for ideas on a collaborative platform for communicating conference logistics and posting content such as PowerPoint presentations. “We considered the options and decided on Yammer because it’s a robust enterprise network that offered us quick scalability and a great user experience,” Carreira says. “Most of the agencies and consultants we work with were using Yammer and had good things to say about it, so we decided to give it a try.”

She reports that moving over to the Enterprise version of Yammer went smoothly. “Our reps from Yammer and Microsoft were amazing, a pleasure to work with,” she says. “They connected really well with our IT and executive leads, and everything came together in just two weeks.” And the support didn’t end there. “Yammer came to our retail conference to ensure attendees were up to speed, showing them things like how to access the network from their smartphones.”

The conference sparked widespread enthusiasm for the bank’s new enterprise social network. “Usage exploded because every head of retail had been there,” Carreira says. “Once they saw how intuitive and useful Yammer is, they wanted to use it in their own markets. When an initiative gets that kind of buy-in from the highest level, chances are the rest will follow.”

Follow they did. When Standard Bank first considered using Yammer, the assumption was that the network would attract about 7,000 users in a year. But the network grew to nearly three times that size—over 20,000 users—just six months after the company began using the Enterprise version. “Adoption has been viral,” Carreira explains. “It’s colleague reaching out to colleague, and departments driving growth by thinking of new ways to use Yammer. File uploads are up significantly, postings are increasing—all the usage graphs are climbing quite nicely as people learn what they can do with the network.”

To build on that swift viral adoption, Carreira and her team plan a formal launch later in the year and are currently reaching out to departments they think could benefit most from adding a social component to operations. “We’re doing workshops for human resources, internal communications, and especially marketing,” she says. “Our goal is for them—and eventually, everybody across the company—to work more collaboratively and transparently.”

Standard Bank already has more than 400 Yammer groups. Some, like a business-book discussion group, are focused on broad issues. But the majority are organized around projects and problem solving, like the group devoted to finding credit-card solutions that work well in African countries. “Our community is teaching us what we can do with our network,” Carreira says.

The way to learn, she maintains, is to listen. “Smart listening, both inside and outside your enterprise, is the key to finding opportunities that you’d miss if you were going about business as usual,” she says. “And Yammer is a great tool for listening.”

Yammer is also a powerful platform for sharing information and collaborating. “Our training team is using the network for internal education,” Carreira reports. “With Yammer, the material can be much more varied and visual than it was in the past. For instance, besides sharing our own content, they’re posting videos from the Internet. That’s one of the network’s strengths: You’re not limited to one kind of media or file type; you can share all kinds.”

Carreira says the thing she likes best about Yammer is the way it helps people work together, no matter where they are. “It’s a perfect platform for identifying the right people to work on a project, then uploading and storing files so they can collaborate,” she says. “For instance, I have a trip to Botswana coming up, so I went on the network and quickly created a group that includes the key people to make the trip as smooth and productive as possible.”

External networks are increasingly coming into play at Standard Bank. To extend the success it has already had with Yammer as a conference-planning platform, the bank has set up an external network that enables outside speakers to upload content to get people thinking before a corporate event—and keep the conversation going after it ends. Carreira also participates in other companies’ Yammer external networks; for instance, so she can more easily collaborate with one of the agencies the bank works closely with, as well one of Standard Bank’s sister companies. That, she says, has enhanced their working relationship: “Now it just takes a minute to identify and connect with people it would have taken me days to find without the network,” she reports.

“In the past, there was the perception that it was hard to reach across the organization to find the right people and information you needed to do your job,” Carreira says. “My goal for our network is to put that idea to rest and make us all feel more like one group. In some of the emerging markets we operate in, the Internet’s down half the day, but people can still access Yammer on their phones. Wherever they are, it makes them feel like part of a bigger group, like they’re at hub of company.”

But it’s not just about feelings—it’s also about efficiency. “Yammer makes it easier to identify and get in touch with people who have the answers you need,” she says. “That means you get work done faster. I’d like to shift the needle on that score, and we’re already seeing that happen. People will post on Yammer saying, ‘I need to update this PowerPoint slide for my client presentation,’ and they’ll get the input they need in five minutes.”

When asked about companies that aren’t using enterprise social networking, Carreira raises another question: “Do they think they will still be in business five years from now if they keep working the same way they do today?,” she asks. “Companies can’t keep shuffling papers around. They have to embrace new ways of working. If they’re going to be afraid, they won’t be competitive. Twenty-first century business is not for the faint hearted.”

She adds, “You need to match internal conditions with external conditions—especially what customers are doing and demanding. Consumers are deeply involved in social networking, so it’s critical that you harness that same power for your people and your business. Otherwise, as soon as staff pass through your office doors, they’re handcuffed.”

She cautions that without proper planning and organizational buy-in, the journey to a successful enterprise social network will likely hit roadblocks. “There are many factors to consider in making something like Yammer succeed,” Carreira says. “You need to work very closely with IT, your risk and compliance teams, HR, communications, and executive leadership across the organization to ensure that social collaboration is managed responsibly.” Besides the internal support for the network’s adoption at Standard Bank, Carreira credits outside help. ”The Yammer and Microsoft teams have been exceptionally supportive on this journey by providing access to experts to advise us, as well as case studies from which we can learn,” she says.

By giving its people access to a powerful and adaptable social network like Yammer, Standard Bank is committing to empowering its workforce to work more collaboratively, transparently, and effectively. The benefits, from improved conference planning to faster problem solving, have already been impressive. And they will only multiply as network usage continues to rise.