In episode 14, Jeremy Thake chats to Andrew Salamatov from the Exchange team about Apps for Office in Outlook.

The podcast RSS has been submitted to all the stores and marketplaces but takes time, please add directly with the RSS http://feeds.feedburner.com/Office365DeveloperPodcast 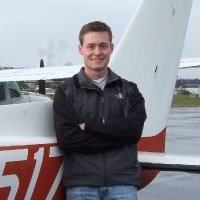 Andrew ia senior program manager at Microsoft, having worked there for six years. At Microsoft, Andrew worked on the Exchange team his entire career. Starting on Exchange Web Services, Andrew designed notifications protocol and throttling. Later, he moved on to working on mail apps.

Jeremy is a newly appointed technical product manager at Microsoft responsible for the Visual Studio Developer story for Office 365 development. Previously he worked at AvePoint Inc., a large ISV, as the chief architect shipping two apps to the Office Store. He has been heavily involved in the SharePoint community since 2006 and was awarded the SharePoint MVP award four years in a row before retiring the title to move to Microsoft.