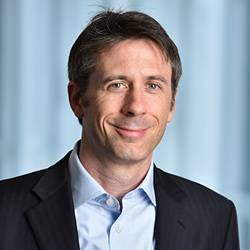 A leader in power and automation technologies, ABB supplies power grids, industrial motors and drives, and generators for industrial, commercial, and utility operations. Headquartered in Zurich, Switzerland, the company employs about 145,000 people operating in around 100 countries. Known for breakthroughs in areas ranging from power transmission to ship propulsion, ABB has a proud record of innovation. That trend continues with an enterprise social network that serves as a hub for information sharing, collaboration, and growth.

In 2012, ABB decided its corporate intranet wasn’t meeting the company’s need for a comprehensive platform that would connect and empower its widespread international workforce. The intranet’s content-management system was more than a decade old and out of date. It had poor search functionality and information was often added instead of changed, resulting in different versions of the same content. Adding to the confusion and inefficiency was the fact that the intranet was just one of many places where people stored information, including local ﬁle servers, wikis, and other knowledge platforms.

ABB decided to replace that outmoded intranet with a powerful, socially enabled one that the company calls Inside+. Instead of a static intranet with outdated content, Inside+ serves as ABB’s “enterprise front door,” providing staff with an entry point to all the information and tools that they need to do their jobs, including the Microsoft Office 365 suite and current company news. By late 2014, Inside+ was being used by 30,000 people per day, and the results have been impressive. “Instead of 20 different tools, we have one integrated solution that does it all,” says Group Vice President and Head of Digital Communications Mark Seall. “Inside+ gives our people everything they need to work as efficiently as possible.”

In Seall’s view, traditional corporate intranets mirror the Internet of 1990s: information is organized hierarchically, and publishing online is restricted to those who are authorized and proficient in specialized tools and programming languages. “Today’s Internet is all about accessibility, search, and social capabilities,” he says. “That’s what we wanted for our company intranet—which is how Yammer came into the equation. It allowed us to make Inside+ a feed-based, social intranet. Yammer was not the first social experiment that we did; we tried out some other platforms. But Yammer was the first social experiment we did that was successful.”

“Start your day off right” is the guiding philosophy for Inside+. It allows employees to do that by logging on each morning—whether they’re at home, in the office, or on the road—to check company news, read email, and see what colleagues are working and commenting on. “Inside+ takes the information that’s relevant to people and filters it, prioritizes it, and collates it in one place,” Seall says.

All of the company’s key internal platforms are integrated into Inside+, with individualized Yammer feeds occupying the left half of the landing page. “My Yammer feed shows me emails, updates to documents I’ve been working on—everything I need to do my job,” Seall explains. Other core Office 365 applications are only a click or two away. “For instance, Microsoft SharePoint is an important part of most people’s work day, and they can access it from their Inside+ toolbar,” he adds. SharePoint isn’t just easy to get to, it’s part of the intranet’s internal search, ensuring that documents people are collaborating on don’t get lost in the shuffle.

Connecting—and Listening to—Staff All Over the Globe

“Organizations are made of people, and much of the success of an organization rests on the knowledge in people’s heads and how they make use of it,” Seall says. “Therefore an intranet should not only connect people with content, but with other people. Yammer does that for us. You can get answers, even when you don’t know who to ask. Just put your question out, and the experts will find you.”

Using Yammer as a platform for listening is paying off in other ways at ABB. For instance, instead of flying roughly 100 employees to its Zurich headquarters for an annual communications conference, the company ran the conference virtually in 2012 and 2013, with all discussion housed and archived on Yammer. The engagement was impressive: during one 24-hour period, more than 4,500 posts went up.

“We saved a lot of money on travel and conference costs,” Seall says, adding that the dynamic of the meeting changed for the better as well. “Our staff—the people out in the field doing the work—had a tremendous amount of interesting things to say. People found new colleagues to collaborate with, and managers became aware of high potential staff who would never have surfaced any other way.”

Adapting to Challenges and Sharing Success

ABB employees can use Yammer collaboration capabilities to raise issues and then team up to address them. People across the enterprise can work together in groups organized by interest or topic, without being limited by organization or geography. That kind of collaboration improves staff effectiveness by reducing duplication of work, speeding up project delivery, and encouraging innovation.

Better yet, the benefits of collaboration don’t end when challenges are overcome and business breakthroughs occur. Because conversations are archived and searchable, Yammer is a valuable information repository for ABB. Successes in company headquarters can be replicated out in the field, and vice versa.

As ABB personnel increasingly embrace the fluid discussion that Yammer enables, email has been reduced. For instance, Seall estimates that his team’s inboxes have shrunk by 50 percent. “Even better, moving conversations from email to Yammer makes discussions more productive,” he says. “We have seen an increase in both engagement and effectiveness.”

Another thing that makes ABB staff more productive is anywhere, anytime access to Inside+ and Office 365. People tap in on smartphones and tablets when they’re home, on the road, or on the factory floor. “We find that more than half of the comments people are posting come in from mobile devices,” Seall reports.

ABB’s 2014 rollout of the Inside+ portal was a significant win. “We are seeing more engagement through the tool than we’ve been able to achieve with previous communications efforts,” Seall reports. “There has been a several hundred percent improvement in user engagement, as judged by things like posts and comments made.” Now ABB is extending the benefits of social networking further, by setting up external Yammer networks.

In keeping with its brand, “Power and productivity for a better world,” ABB is leveraging the power of social networking to boost productivity for a better enterprise. “This is an inevitable change and organizations are going to have to work like this in the future,” Seall says. “The benefits that digital collaboration offers to enterprises like ABB are massive. Our intranet is the first step toward fully leveraging this value, enabling the organization to work as a network.”