In this episode Jeremy Thake talks to Rolando Jimenez Salgado on the extensibility story of the Office client. 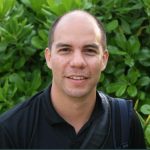 Rolando is a lead program manager in the Office Development Platform team leading the investments in contextual experiences inside Office clients (a.k.a. Apps for Office) as well as in providing building blocks for developers (a.k.a. Office Web Widgets). He joined Office in 2005 and since then his focus has been on developer tools, programmability and system integration frameworks. In Office 2013 he led the new apps for Office framework as part of the Office 365 cloud app model. He led the developer story for the new Business Connectivity Services in Office and SharePoint 2010 and also contributed features for external data integration like External Lists and External Content Types. Before joining the Office division he worked on various Microsoft business solution products including Duet for Microsoft Office, Dynamics AX, Dynamics GP and the Microsoft Business Network.

Jeremy is a newly appointed technical product manager at Microsoft responsible for the Visual Studio Developer story for Office 365 development. Previously he worked at AvePoint Inc., a large ISV, as the chief architect shipping two apps to the Office Store. He has been heavily involved in the SharePoint community since 2006 and was awarded the SharePoint MVP award four years in a row before retiring the title to move to Microsoft.