In this episode Jeremy Thake talks to Dan Wahlin and Andrew Connell about ng-conf last week and our news on our Office 365 APIs supporting CORS. 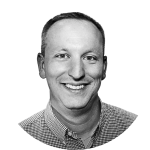 technologies such as JavaScript, jQuery, AngularJS, SPAs, HTML5, ASP.NET and SharePoint. He’s also one of the top authors at Pluralsight.com and has published several courses covering a range of technologies. Dan is a Microsoft regional director and has been awarded Microsoft’s MVP award multiple times for ASP.NET, Connected Systems and Silverlight. Dan is on the INETA Speaker’s Bureau, speaks at conferences and user groups around the world and has written several books on web technologies.