Students across the country are discovering the transformative power of their combined actions through OneNote’s Collective Project. Last fall, the OneNote team realized that many students today are energized to create positive change in the world. But with little or no income and limited free time, they are ill-equipped to do so. The OneNote Team wanted to show students that their ideas, passions and collaborative efforts could result in actions that change the world. The OneNote Collective Project was born out of a need to recognize those students and rally their community to help them in their cause by using tools such as OneNote to achieve their goal using collaboration.

We combed college campuses across the U.S. and interviewed amazing students to find those whose ideas and causes could be an inspirational spark to everyone else. All of the students we are highlighting exemplify generosity of spirit by setting aside their individual goals and agendas in favor of the many.

Albert Manero is one of them. A graduate student in engineering at the University of Central Florida (UCF), Albert was inspired to create bionic arms through 3D printing after hearing a radio show that talked about 3D printed bionic arms. He learned that children with missing arms, through birth defects or accidents, often can’t afford expensive prosthetic limbs, which range in the tens of thousands and have to be replaced as the child grows. Albert discovered that non-profit organizations have discovered cheaper ways of making workable limbs through 3D printing. Albert immediately decided to apply his engineering skills to this cause. It took him eight weeks to build his first bionic arm. Since starting in May 2014, he’s built an expansive team to help him build a catalog of arms. The team, Limbitless Solutions, began as a self-funded group, using their coffee money to pay for the production of each arm, which adds up to about $300 each month. 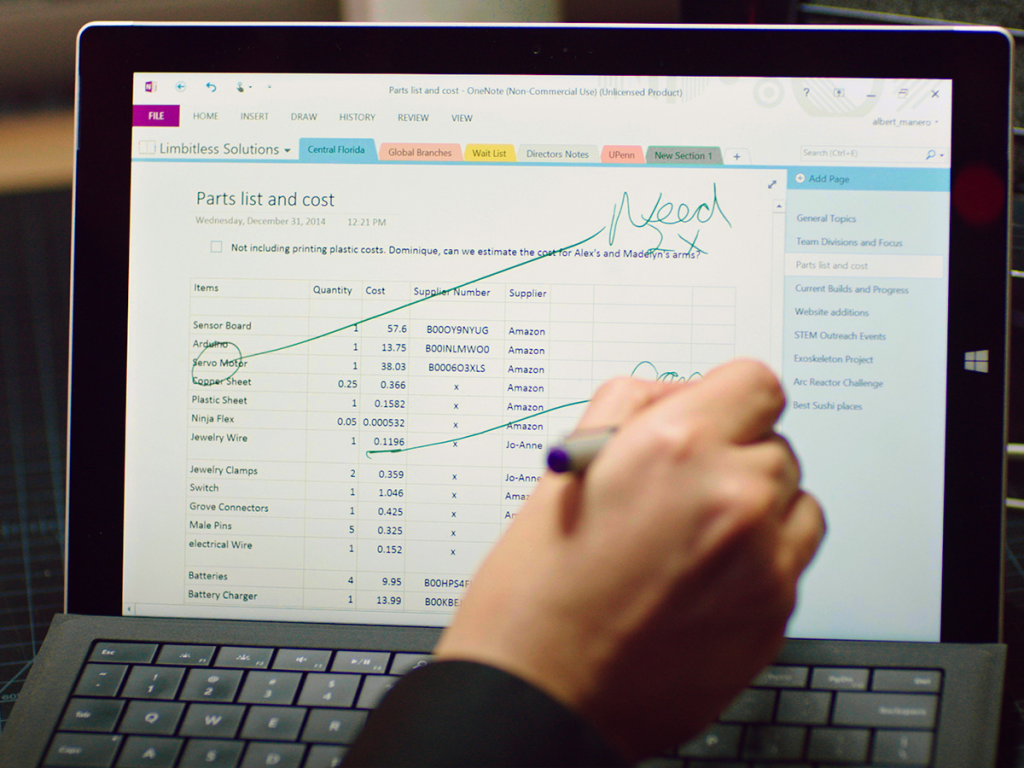 We also hosted “Hand-a-Thon” where UCF students assembled 3D hands from bionic-hand kits. It gave non-engineers an opportunity to contribute to Albert’s cause. The team gave artists a chance to get involved as well—through a “Design-a-Thon” where students on campus and nationally could submit 3D designs for a catalog of bionic arms.

The week on campus culminated with creating a new record—over 300 students gathered in the UCF football stadium and participated in an extended “High-Five Chain.” Both bionic and human hands came together in a symbolic gesture showing the powerful effects of the collective coming together to make positive change. The Collective Project was honored to be a part of this amazing event. 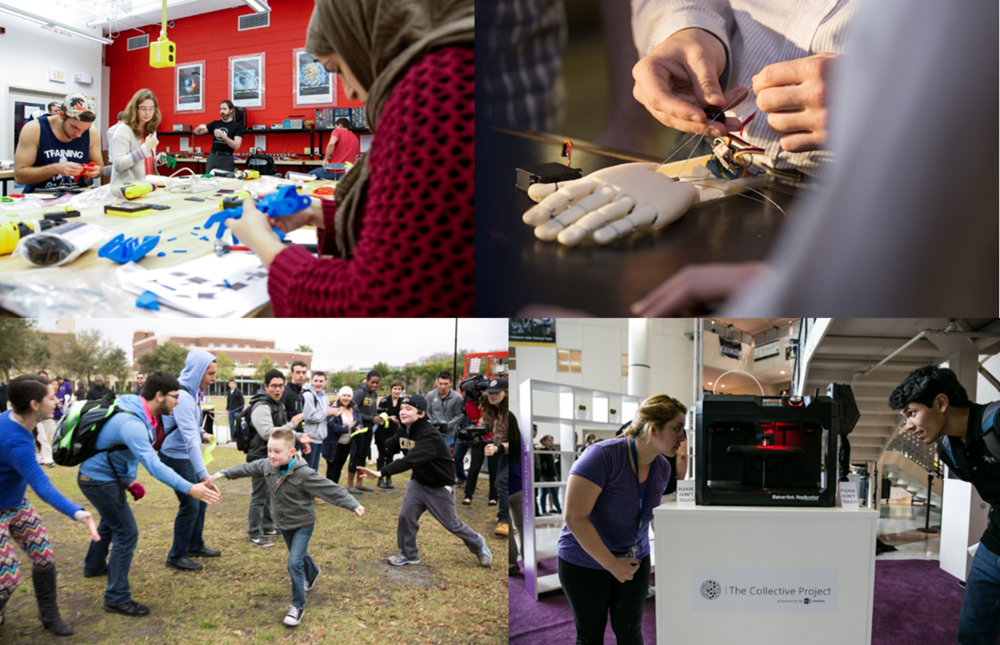 You can learn more about Albert through his Tumblr page, OneNote notebook or check out CNN’s coverage of the event and their story on Limbitless Solutions!

We are also highlighting another exceptional student, Neha Gupta, from Penn State. Visit our OneNote.com/CollectiveProject to learn more about Neha and how you can get involved with her cause.

OneNote is a free app from Microsoft that you can use at home, school or work to capture thoughts, ideas and to-do’s. You can use it anywhere—from your desktop/PC to mobile device and collaborate with friends, family, classmates and colleagues.