In this episode, Jeremy Thake and Richard DiZerega talk to Bob German about micro services. 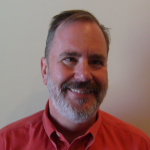 Bob German is principal architect at BlueMetal Architects, where he leads SharePoint development and deployment engagements for enterprise customers. Bob has been developing on the SharePoint platform since it was called “Site Server,” and is a co-author of SharePoint 2010 Development with Silverlight for Addison-Wesley. Prior to joining BlueMetal, Bob was an architect at the Microsoft Technology Center in Boston. He also worked for Microsoft Consulting Services building and performance tuning websites and other networking solutions.           You can follow Bob on Twitter @Bob1German or on his blog at http://bob1german.com/.