In this episode, Jeremy Thake and Richard DiZerega talk to Pierre-Élie Fauche about how the Sunrise team swapped out their old approach to fetch calendar information locally from the phones to use the Office 365 APIs instead. 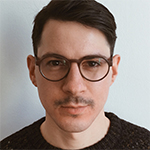 Pierre-Élie is the lead backend engineer at Sunrise Calendar. Sunrise, acquired by Microsoft in February of  2015, develops calendar apps for iOS, Android and the web with a strong emphasis on design and user experience. It’s rather uncommon take on handling calendaring operations server-side enabled Sunrise to offer innovative features on three platforms at once and a wide range of services often ignored by other calendar apps. Richard is a software engineer in Microsoft’s Developer Experience (DX) group, where he helps developers and software vendors maximize their use of Microsoft cloud services in Office 365 and Azure. Richard has spent a good portion of the last decade architecting Office-centric solutions, many that span Microsoft’s diverse technology portfolio. He is a passionate technology evangelist and frequent speaker are worldwide conferences, trainings and events. Richard is highly active in the Office 365 community, popular blogger at www.richdizz.com, and can be found on twitter at @richdizz. Richard is based, born and raised in Dallas, TX but works on a worldwide team based in Redmond. In his spare time, Richard is an avid builder of things (BoT), musician and lightning fast runner.