In this episode, Jeremy Thake and Richard DiZerega talk to Doug Ware about his experience building products on top of SharePoint Online using our APIs called IQAppStudio. 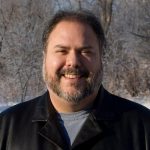 Doug Ware is the founder of InstantQuick and a SharePoint MVP based in Atlanta, GA. Doug is best known as the author of many SharePoint books and videos focused on SharePoint development. He helps a crew of fellow Microsoft MVPs organize community events including Atlanta Code Camp and Cloud Saturday Atlanta. Richard is a software engineer in Microsoft’s Developer Experience (DX) group, where he helps developers and software vendors maximize their use of Microsoft cloud services in Office 365 and Azure. Richard has spent a good portion of the last decade architecting Office-centric solutions, many that span Microsoft’s diverse technology portfolio. He is a passionate technology evangelist and frequent speaker are worldwide conferences, trainings and events. Richard is highly active in the Office 365 community, popular blogger at www.richdizz.com, and can be found on twitter at @richdizz. Richard was born, raised and based in Dallas, TX, but works on a worldwide team based in Redmond. In his spare time, Richard is an avid builder of things (BoT), musician and lightning fast runner.