In this episode, Jeremy Thake and Richard DiZerega talk to Dorrene Brown on the new File Handlers in Office 365. 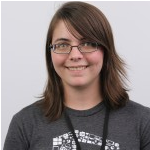 Dorrene is a program manager at Microsoft currently focused on Office 365 extensibility. Prior to her stint at Microsoft, she worked a variety of odd jobs spanning from art preservation to aerospace systems with a bunch of other stuff in between. You can find her speaking at various Microsoft conferences and/or yelling about the Internet @dorreneb.