In this episode, Jeremy Thake talks to Paul Schaeflien, Elio Struyf and Waldek Mastykarz about the MVP Summit.

Paul has worked with Microsoft’s SharePoint technologies since it was called the Digital Dashboard. This work encompasses substantial custom development, implementations and training. Also, Paul was granted the Microsoft Most Valuable Professional (MVP) award for his community work – primarily presentations at national conferences, regional events and user groups. Check out Paul’s blog www.schaeflein.net/blog and follow him on @paulschaeflein. 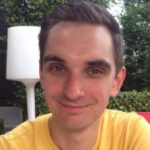 Elio is an Office 365 consultant working for Ventigrate and a board member of the Belgian Information Worker User Group, (BIWUG ). He focused on search and branding related topics in SharePoint and Office 365. He shares his ideas and experiences on his blog (www.eliostruyf.com) and through various public speaking engagements. 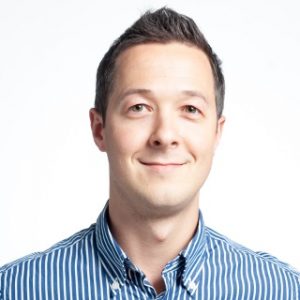 Waldek is a Microsoft SharePoint Server MVP and works as a SharePoint consultant at Mavention. Waldek shares his enthusiasm about the SharePoint platform through his blog, articles published in both online and offline magazines and on MSDN SharePoint forums. Waldek participates frequently as an “Ask-the-Expert” in community events such as SharePoint Connections, Microsoft TechEd and DevDays. He is also a Virtual Technology Solutions Professional for Microsoft Netherlands. In this role, he helps answer customer questions around SharePoint Web Content Management (WCM). Check out his blog mastykarz.nl and follow him on twitter @waldekm. Richard is a software engineer in Microsoft’s Developer Experience (DX) group, where he helps developers and software vendors maximize their use of Microsoft cloud services in Office 365 and Azure. Richard has spent a good portion of the last decade architecting Office-centric solutions, many that span Microsoft’s diverse technology portfolio. He is a passionate technology evangelist and frequent speaker are worldwide conferences, trainings and events. Richard is highly active in the Office 365 community, popular blogger at www.richdizz.com and can be found on twitter at @richdizz. Richard is born, raised and based in Dallas, TX, but works on a worldwide team based in Redmond. Richard is an avid builder of things (BoT), musician and lightning-fast runner.