In this episode, Jeremy Thake and Richard DiZerega talk to Yina Arenas about the Microsoft Graph. 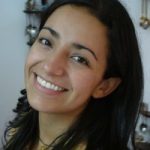 Yina Arenas is an senior program manager in the Office Extensibility team developing the app models for Office servers and services. In previous releases, she worked on the Office authorization infrastructure and the SharePoint app model. Yina is passionate about enabling usage and adoption of Microsoft productivity services through the developer ecosystem and helping developers build collaborative applications more efficiently and effectively by leveraging the capabilities of Office applications and services.