In this episode, Jeremy Thake speaks to Juan Balmori Labra about Word add-in extensibility and Martin Seifert from OfficeAtWork Word add-in in the Office Store. 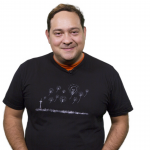 Juan Balmori is a senior program manager working in the Microsoft Office Extensibility team for the last 10 years. Juan’s team is currently working on the new developer platform for Office 365 Add-ins, specifically the Office JavaScript APIs for Word as well as other basic infrastructure features. During the 2013 release he was part of the team founding the new cloud based extensibility model for Office, shipping Office Add-ins (formerly apps for Office) as owner of Office.js. Previously he worked on the Office 2010 release, shipping Business Connectivity Services and Duet. Before pursuing his dream to move to Redmond, Juan worked at Microsoft Mexico as the principal architect for the Public Sector Consulting Practice. 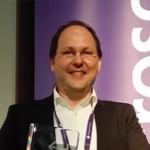 Martin is the founder and CEO of officeatwork AG, an award winning Microsoft ISV in Switzerland. officeatwork is specialized in Office Add-in development for enterprises providing templates and content solutions for Office. officeatwork solutions are installed on millions of PC’s around the globe. Martin has been working with Microsoft technologies for over 30 years and is helping in shaping the Office Web API’s together with various Microsoft product teams around the globe. officeatwork was one of the first to provide an O365 SaaS app in the Office Store, the officeatwork 365 Mail Responder as well as add-ins using the new Word API’s called Document Designer and Document Wizard, also available in the Office Store. In private he likes to be off the beaten track and explore remote parts of the planet together with his family (preferably in Australia). You can follow him on @MartinSSeifert.