As Satya Nadella discussed in last Thursday’s quarterly earnings call, Microsoft Teams has picked up momentum since its launch last November. In the last month alone, 30,000 organizations across 145 markets and 19 languages have actively used Microsoft Teams.

For companies that haven’t tried it yet, Microsoft Teams is a new chat-based workspace in Office 365 that brings together people, conversations and content to facilitate collaboration. IT administrators interested in the preview can light up Microsoft Teams in the Office 365 Admin Portal by clicking here.

We’re especially inspired by this early usage. Not only does it show that the product fills a real market need, but it gives us a ton of information to help shape the product leading up to General Availability, which is still on track for this current quarter, Q1 2017. Our customers have been a great guide as we’ve delivered numerous features into the product even since the preview launched—including built-in audio calling on mobile and named group chats, an easy way to keep track of the context of a conversation.

Customers are telling us Microsoft Teams is compelling by itself, but as an integrated part of Office 365, it can be a massive game-changer. Megan Horn, a process engineer at Hendrick Motorsports and a preview customer, reported rising usage internally and said, “Microsoft Teams has reduced the number of face-to-face coordination meetings that are typically required to do my job. I love using Power BI for visual reporting right within the Microsoft Teams experience.”

Another Microsoft Teams customer and partner demonstrates how Microsoft Teams has the potential to overtake the competition. Rodney Guzman, CEO and co-founder of Interknowlogy, said, “We use a lot of Microsoft products, and are using Office 365. All the centralized management of people and groups we already do in Office 365 was immediately inherited in Microsoft Teams. This was always a hassle in Slack. Since switching to Microsoft Teams from Slack, we’ve haven’t looked back.”

Great collaboration tools don’t need to come at the cost of poor security or a lack of information compliance. In the coming weeks, we will release new compliance and reporting capabilities into Microsoft Teams to help ensure employees can communicate and collaborate from anywhere, while keeping sensitive corporate information secure—all built on the Office 365 global, hyper-scale enterprise cloud.

Additionally, customers have responded positively to Microsoft Teams’ support for intelligent bots. And at General Availability, we’ll deliver WhoBot, which uses natural language processing to help learn about experts in your organization. Powered by LUIS.ai, WhoBot will answer questions like, “Who in our group knows about the Australia sales numbers?” This is just one example of what will be possible with the power of the Microsoft Teams utilizing the Microsoft Graph.

Our commitment is to empower every organization and every team to achieve more. Office 365 and its 85-million monthly active users are a cornerstone of this commitment, and Microsoft Teams adds another key component to an already potent lineup. We remain eager and on track for Microsoft Teams General Availability later this quarter.

Thanks to everyone who has tried Microsoft Teams for all the great feedback and support. 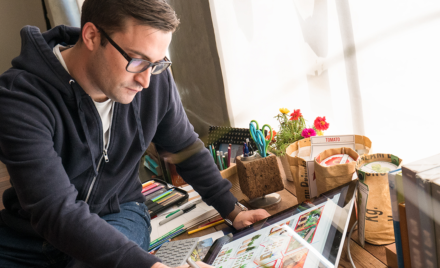 What a month it’s been. In just a few weeks, the way we work and live has changed. Here’s a look at what’s new to Microsoft 365 in March. 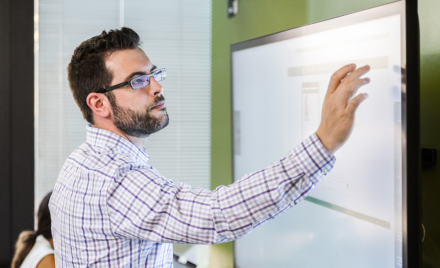 How do I choose the right virtual meeting platform for my particular meeting or event? What do I do when I’m planning an event for 10,000-plus? Here's a short answer to these popular questions. 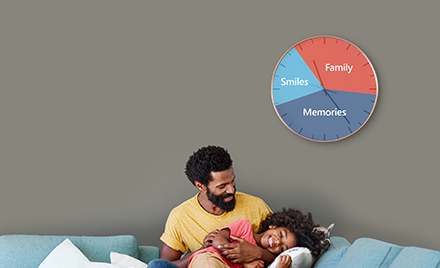