In episode 120 of the Office 365 Developer Podcast, Richard diZerega and Andrew Coates are joined by MVP Mikael Svenson to discuss his community efforts with Office 365 Dev. Mikael Svenson is the CTO for Puzzlepart, an Office 365 consultancy. He works as a consultant delivering solutions Office 365, and has worked in the search field for over 15 years implementing solutions for major international corporations and for several Nordic governmental institutions. Mikael is a an international speaker as well as an Office Server and Services MVP for the past six years. He is a Microsoft P-TSP, and he is also involved in a lot of SharePoint community work in Norway. Mikael has worked with media monitoring software, developed an Enterprise Search Engine in C#, and developed for Office 365 and SharePoint in general. He has also authored two books, “SharePoint Search Queries Explained” and “Working with FAST Search Server 2010 for SharePoint.” 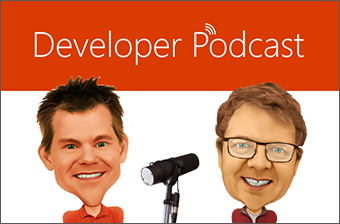