More than 32 million dogs in the U.S. suffer from anxiety, including Charger, ZenCrate co-founder Jon Azevedo’s dog. Initially hoping to create something that would help Charger, Azevedo and co-founder Chris Lightcap developed a product that could help millions of dogs. Office 365 played an important role in scaling their business as it grew. 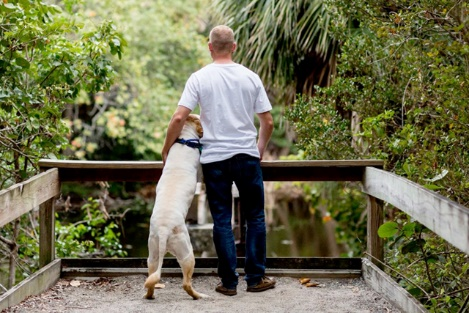 From pet project to production product

On a road trip during a typical Florida storm, Azevedo noticed that Charger was calm in the back seat of his car, and wanted to mimic that environment in a crate for home. “My focus in the beginning of this was Charger,” said Azevedo. “A year later, after a local veterinarian educated me on how large of a problem anxiety in animals is, I decided to focus on a product for other pet owners.”

Once Azevedo and Lightcap became aware of a bigger need, they began putting more focus on product development for consumers, and Office 365 became essential to ZenCrate’s growth. Knowing that the Office tools they use every day are always up to date allowed them to focus on the many moving parts associated with driving a product launch. “It allows us to grow as Office 365 grows,” Azevedo says.

And whether it’s creating a marketing presentation in PowerPoint, tracking tasks in OneNote, filling out purchase orders in Word or communicating between two offices and external vendors using Outlook, Office 365 helps them communicate both inside and outside the office.

Excel has made a huge impact on their ability to adapt and evolve. Being able to easily access expenses and track inventory allows Azevedo and Lightcap to make decisions based on information to meet increasing customer demand. Excel’s flexibility means they can leverage it in a variety of different ways. “We use Excel every day to track our income statements, accounts receivable and accounts payable,” says Lightcap. They also use Excel to manage production efficiencies, cutting production costs to create a product for customers at the lowest price possible. “Creating an efficient manufacturing process greatly impacts our ability to be successful,” says Lightcap.

Utilizing collaboration features through the cloud in the future

As ZenCrate scales up to fulfill customer orders, Azevedo and Lightcap are looking to the Microsoft Cloud to keep them connected. Lightcap says, “We have two separate offices and multiple team members working on the same project. Co-authoring will allow all team members to have up-to-date files, so they can make real-time changes to documents.”

It’s only been two years since Azevedo created the first ZenCrate prototype, so having tools that can keep pace with their rapid progress has been crucial to their growth. As the ZenCrates are unleashed into the world, Office 365—not unlike man’s best friend—will continue to be a dedicated, reliable companion.