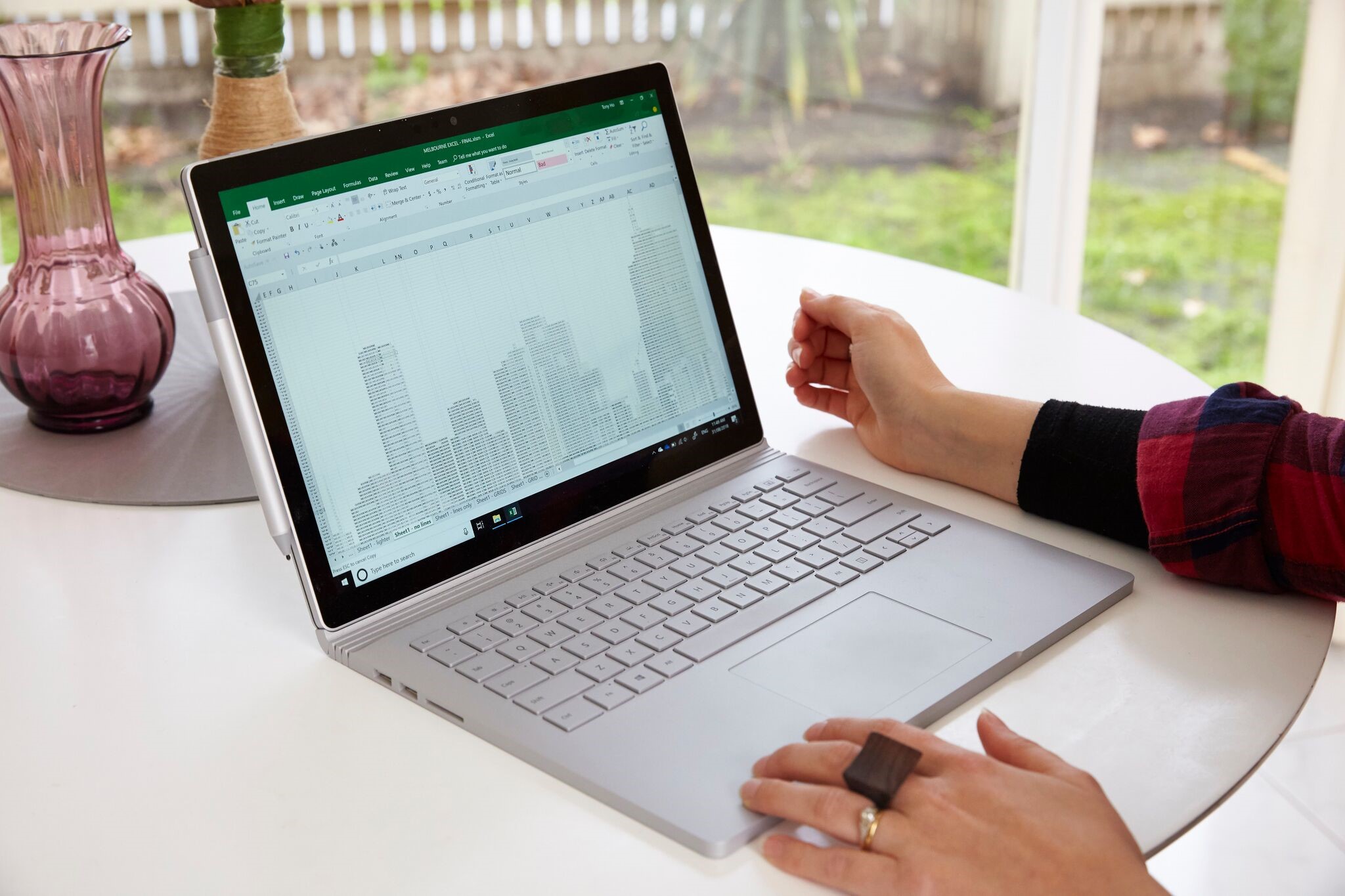 The boundless potential of a completely blank canvas can sometimes overwhelm an artist. Stevens says the structure of the spreadsheet software helps her stay focused and dive into her work for hours each day. She appreciates the combination of creativity and repetition. “The Excel spreadsheet became a labor of love. I could redo elements that didn’t quite work, or change the tone or color of certain buildings to improve the composition and depth.” 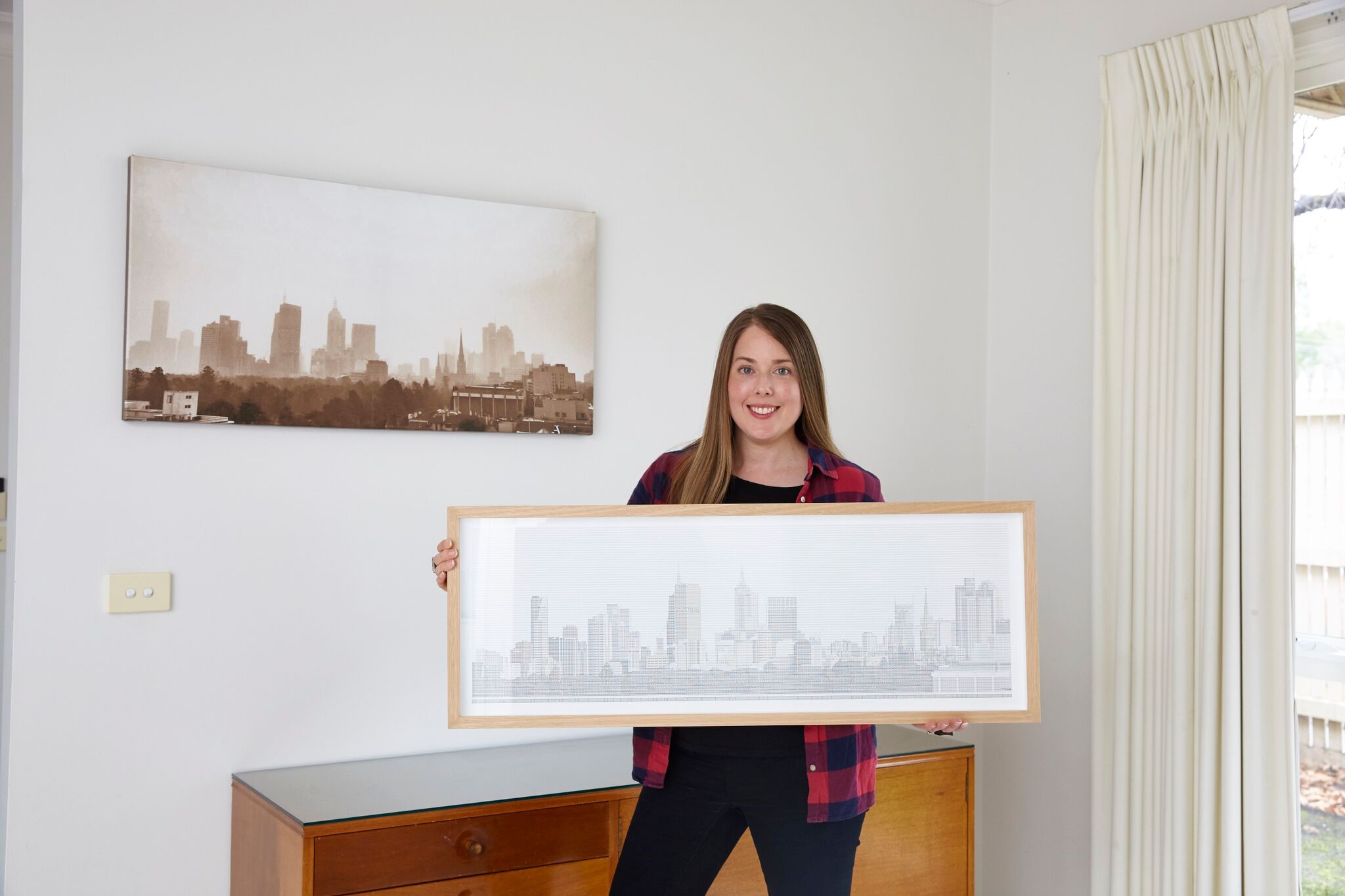 Technology has opened up new possibilities for artists like Stevens. “Using technology was another way to create precision in art. It also gave me the flexibility to ‘undo,’ which is a freedom I do not get with pen on paper.” Stevens doesn’t consider herself an Excel power user, either. With just the basics, she brought her vision to life. “All I needed to look into was how to create macro buttons. Now I can overlay an image of the skyline to work from that I turn off and on so it’s easier to use as a reference,” explains Stevens.

It doesn’t end with the skyline of Melbourne. As for future artwork, Stevens says, “I’ve thought of doing a few other works such as images of musician faces made with song lyrics, or images of people’s kids using their favorite storybook.” She also has plans for a few more Spreadsheet Skylines of other cities around the world such as New York, London, and Tokyo.

As always, we’d love to hear from you, so please send us your thoughts through UserVoice—and keep the conversation going by following Excel on Facebook and Twitter.