As our customers look to shift to a modern desktop, new PCs and displays from Dell, HP, and Lenovo—announced this week at CES 2019—help provide a productive, secure experience for users.

A CES 2019 Innovation Honoree—the new Dell Latitude 7400 2-in-1 detects your presence, wakes the system, and immediately scans for facial recognition to sign you in with Windows Hello. Just sit down and start working without a touch, without a password. And when you step away for a break, it locks itself to preserve battery life and maintain security. It’s designed for up to 24 hours of run time on a single charge and gets the battery back up to 80 percent in just an hour.

Learn more about products from Dell announced at CES 2019.

HP unveiled a new line of a new line of HP Pavilion displays—coming this year—that immerse users in whatever they are creating or watching. In addition, HP announced a more secure vision for the workplace of the future with the introduction of new Elite products featuring HP Sure View Gen3 to protect sensitive information on the go, at desks, and around the office.

Learn more about products from HP announced at CES 2019.

Lenovo introduced the 7th generation X1 Carbon and the 2019 ThinkPad X1 Yoga laptops with a focus on making incremental—but noticeable—refinements in virtually every area to offer broader improvements for the discerning user. In addition, Lenovo also announced the ThinkVision P44w—a new ultra-wide display that gives you screen real-estate equivalent to two 24-inch 16:10 displays.

Learn more about products from Lenovo announced at CES 2019. 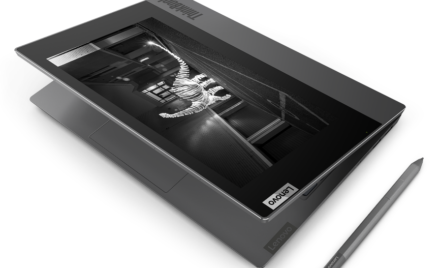 Research: A concrete way to measure IT’s impact on an employee’s at-work experience

When workers have a modern workplace experience that is connected, flexible, and empowering, it sends a clear signal that they’re valued and they work for a forward-leaning organization. Learn how data from Qualtrics helped a few organizations quantify employee sentiment and demonstrate the value of the modern workplace.