In February, we announced DeepSpeed, an open-source deep learning training optimization library, and ZeRO (Zero Redundancy Optimizer), a novel memory optimization technology in the library, which vastly advances large model training by improving scale, speed, cost, and usability. DeepSpeed has enabled researchers to create Turing Natural Language Generation (Turing-NLG), the largest language model with 17 billion parameters and state-of-the-art accuracy at the time of its release. In May, we released ZeRO-2—supporting model training of 200 billion parameters up to 10x faster compared to state of the art—along with a list of compute, I/O, and convergence optimizations powering the fastest BERT training. From there, we have been continuing to innovate at a fast rate, pushing the boundaries of speed and scale for deep learning training.

Today, we are happy to share our new advancements that not only push deep learning training to the extreme, but also democratize it for more people—from data scientists training on massive supercomputers to those training on low-end clusters or even on a single GPU. More specifically, DeepSpeed adds four new system technologies that further the AI at Scale initiative to innovate across Microsoft’s AI products and platforms. These offer extreme compute, memory, and communication efficiency, and they power model training with billions to trillions of parameters. The technologies also allow for extremely long input sequences and power on hardware systems with a single GPU, high-end clusters with thousands of GPUs, or low-end clusters with very slow ethernet networks.

This blog post explores these four lines of technology in greater depth. We have been making all of these exciting new optimizations available in open-source library, DeepSpeed.

With the rapid growth of compute available on modern GPU clusters, training a powerful trillion-parameter model with incredible capabilities is no longer a far-fetched dream but rather a near-future reality. DeepSpeed has combined three powerful technologies to enable training trillion-scale models and to scale to thousands of GPUs: data parallel training, model parallel training, and pipeline parallel training. This symbiosis scales deep learning training far beyond what each of the strategies can offer in isolation. 3D parallelism simultaneously addresses the two fundamental challenges toward training trillion-parameter models: memory efficiency and compute efficiency. As a result, DeepSpeed can scale to fit the most massive models in memory without sacrificing speed.

Achieving both memory and compute efficiency with 3D parallelism

Memory Efficiency: The layers of the model are divided into pipeline stages, and the layers of each stage are further divided via model parallelism. This 2D combination simultaneously reduces the memory consumed by the model, optimizer, and activations. However, we cannot partition the model indefinitely without succumbing to communication overheads which limits compute efficiency.

Compute Efficiency: To allow the number of workers to scale beyond model and pipeline parallelism without sacrificing compute efficiency, we use ZeRO-powered data parallelism (ZeRO-DP). ZeRO-DP not only improves memory efficiency further via optimizer state partition, but also allows scaling to arbitrarily large number of GPUs with minimal communication overhead by exploiting topology aware mapping.

DeepSpeed can train a language model with one trillion parameters using as few as 800 NVIDIA V100 GPUs (Figure 3). We demonstrate simultaneous memory and compute efficiency by scaling the size of the model and observing linear growth, both in terms of the size of the model and the throughput of the training. In every configuration, we can train approximately 1.4 billion parameters per GPU, which is the largest model size that a single GPU can support without running out of memory, indicating perfect memory scaling. We also obtain close to perfect-linear compute efficiency scaling and a throughput of 47 teraflops per V100 GPU. This is impressive scaling and throughput for the given hardware.

ZeRO-Offload pushes the boundary of the maximum model size that can be trained efficiently using minimal GPU resources, by exploiting computational and memory resources on both GPUs and their host CPUs. It allows training up to 13-billion-parameter models on a single NVIDIA V100 GPU, 10x larger than the state-of-the-art while retaining high training throughput of over 30 teraflops per GPU.

The key technology behind ZeRO-Offload is our new capability to offload optimizer states and gradients onto CPU memory, building on top of ZeRO-2. This approach allows ZeRO-Offload to minimize the compute efficiency loss from CPU offloading while also achieving the same, and sometimes even better, efficiency of the original ZeRO-2. The figure below shows the architecture of ZeRO-Offload.

Attention-based deep learning models, such as Transformers, are highly effective in capturing relationships between tokens in an input sequence, even across long distances. As a result, they are used with text, image, and sound-based inputs, where the sequence length can be in thousands of tokens. However, despite the effectiveness of attention modules to capture long term dependencies, in practice their application to long sequence input is limited by compute and memory requirements of the attention computation that grow quadratically, \(O(n^2 )\), with the sequence length \(n\).

To address this limitation, DeepSpeed offers a suite of sparse attention kernels—an instrumental technology that can reduce the compute and memory requirement of attention computation by orders of magnitude via block-sparse computation. The suite not only alleviates the memory bottleneck of attention calculation, but also performs sparse computation efficiently. Its APIs allow convenient integration with any transformer-based models. Along with providing a wide spectrum of sparsity structures, it has the flexibility of handling any user-defined block-sparse structures.

More specifically, sparse attention (SA) can be designed to compute local attention between nearby tokens, or global attention via summary tokens computed with local attention. Moreover, SA can also allow random attention or any combination of local, global, and random attention as shown in Figure 10 with blue, orange, and green blocks, respectively. As a result, SA decreases the memory footprint to \(O (wn)\), in which 1\(<w ≤ n\) is a parameter, whose value depends on the attention structure.

Efficient implementation on GPUs: While a basic implementation of sparse attention may show a benefit of memory savings, computationally it can be even worse than full computation. This is mainly due to the divergence and un-coalesced memory access that sparse data adds to the full picture. In general, developing efficient sparse kernels, particularly on GPUs, is challenging. DeepSpeed offers efficient sparse attention kernels developed in Triton. These kernels are structured in block-sparse paradigm that enables aligned memory access, alleviates thread divergence, and balances workloads on processors.

System performance: SA powers over 10x longer sequences and up to 6.3x faster computation as shown in Figure 11. The left figure shows the longest sequence length runnable in BERT-Base and BERT-Large models under three settings: dense, dense with activation checkpoint, and sparse (SA) with activation checkpoint. SA empowers 10x and 16x longer sequences when compared with dense for BERT-Base and BERT-Large, respectively. Furthermore, SA reduces total computation compared with dense and improves training speed: the boost is higher with increased sequence length, and it is up to 6.3x faster for BERT-Base and 5.3x for BERT-Large.

Communication compression is an important technique to reduce training time on such systems. One of the most effective ways to compress communication is via error compensation compression, which offers robust convergence speed, even under 1-bit compression. However, state-of-the-art error compensation techniques only work with basic optimizers like Stochastic Gradient Descent (SGD) and momentum SGD, which are linearly dependent on the gradients. They do not work with non-linear gradient-based optimizers like Adam, which offers state-of-the-art convergence efficiency and accuracy for many tasks, including training of BERT-like models.

To compress communication while using the Adam optimizer, we develop 1-bit Adam, which addresses the non-linearity in gradients via preconditioning. We observe that the magnitude of changes on the non-linear term, variance (\(v_t\)), decrease significantly after a few epochs of training and setting \(v_t\) constant afterwards will not change the convergence speed. The proposed 1-bit Adam optimizer, as shown in Figure 14, consists of two parts: the warmup stage, which is essentially the vanilla Adam algorithm; and the compression stage, which keeps the variance term constant and compresses the remaining linear term, that is the momentum, into 1-bit representation.

The compression stage of the algorithm is controlled by a threshold parameter (as shown in Figure 14). When we detect that the change in “variance” falls below a certain threshold, we switch to the compression stage. Our study shows that only 15-20% of the overall training steps are needed for the warmup stage.

Besides the algorithmic challenge, there are two system challenges in applying 1-bit Adam in training systems. First, we need efficient kernels that convert the momentum to 1-bit representations. Second, we need efficient communication schemes to exchange this compressed momentum across different GPUs. The goal of compression is to reduce the overall training time so that commodity systems with bandwidth-limited interconnects can be used to train large models. We address these challenges in DeepSpeed and introduce a fully optimized 1-bit Adam implementation for training on communication-constrained systems.

1-bit Adam offers the same convergence as Adam, incurs up to 5x less communication that enables up to 3.5x higher throughput for BERT-Large pretraining and up to 2.7x higher throughput for SQuAD fine-tuning. This end-to-end throughput improvement is enabled by the 6.6x (Figure 15 left) and 6.2x (Figure 15 right) speedup observed during the compression stage. It is worth mentioning that our 1-bit Adam optimizer scales so well on a 40 Gigabit Ethernet system that its performance is comparable to Adam’s scalability on a 40 Gigabit InfiniBand QDR system. We note that the effective bandwidth on 40 Gigabit Ethernet is 4.1 Gbps based on iPerf benchmarks, whereas InfiniBand provides near-peak bandwidth of 32 Gbps based on InfiniBand perftest microbenchmarks.

Please visit DeepSpeed website and Github repository for the codes, tutorials and documentations about these new technologies! We are also integrating some of these techniques into ONNX Runtime.

About our great collaborators: 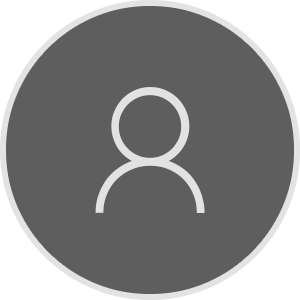