A Fresh Perspective on Internet Security

People don’t do enough to protect themselves on the Internet. They don’t use good passwords. They’re poor at recognizing the URL of “phishing” sites. They ignore certificate errors.

Yet, to Cormac Herley, that’s perfectly rational behavior, because people sense that all the headaches of keeping up to date on security probably aren’t worth the trouble. Time spent constantly changing passwords or taking other security steps is valuable time lost, he says. By comparison, Herley says, the reduction of risk of having an account hacked or another security problem is relatively minor. 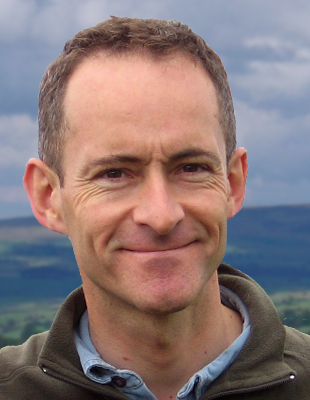 Herley—a principal researcher in Microsoft Research’s Redmond’s Machine Learning Department—has gained attention for his argument that much of what security experts insist people do to protect themselves not only ignores the real threats out there, but it’s also a waste of money.

In the past five years, Herley—working solo or with colleagues—has written about 20 papers that address many aspects of computer security: the prevalence of cybercrime, security advice for computer users, phishing prevention, and much more. With a deep background in signal processing and data analysis, he has taken an empirical approach to the problem of security, casting a critical, cost-benefit eye on what “everyone knows” is the best way to stay safe on the web.

In particular, Herley says, we rely too much on password strength. We are encouraged to use “strong” passwords that go beyond the name of a pet or “12345”—and to change them regularly.

“A strong password does make it harder for someone to guess or brute-force your password—this is unarguably true,” Herley says. “Stronger passwords have benefit. But they also have a cost. What’s unclear is whether the benefit is greater or less than the cost.”

That’s because adhering to strict security standards takes time and effort. In a paper published in 2009, Herley argues that people who break the usual password “rules”—using weak passwords, not changing passwords regularly, using the same password for multiple accounts—are acting rationally, not simply being lazy or careless.

In his paper So Long, and No Thanks for the Externalities: The Rational Rejection of Security Advice by Users, Herley notes that Internet users, on average, have 25 password-protected accounts to manage. Most also have an average of 6.5 passwords, using each of them at an average of 3.9 sites—breaking the common guidance to avoid reusing passwords.

Adhering to guidance against reusing passwords, Herley argues, costs a user a 3.9 times the effort, yet the benefit is hard to quantify.

Or, as Herley writes, with 180 million online adults in the United States, an hour of user effort is worth $2.6 billion and a minute per user per day is worth $15.9 billion per year. Instead of viewing users as incomprehensibly lazy, he suggests that security experts should treat them “as a professional who bills at $2.6 billion per hour and whose time is far too valuable to be wasted on unnecessary detail.”

These are the “externalities”—such as assuming that computer users’ time is free, when, in fact, it adds up rapidly—to which Herley refers in the title of his paper.

Herley says that other common efforts to enhance security suffer from similar faults. Because of phishing and other spoofing attacks, it’s clear that Internet users need protection.

But to “read” a URL for phishing, an Internet user must look for numeric IP addresses, subtle spelling changes in the address bar, incorrect top-level domains, misplaced punctuation, and more. All of that takes time—again, against a threat that might be remote or mitigated relatively easily.

In Herley’s analysis, efforts by web users to master the intricacies of phishing should average no more than 2.6 minutes per year. Anything more, and the individual costs begin to outweigh the annual cost of phishing in the United States, about $60 million.

The same caution pertains to recognizing certificate errors, which occur when a browser is not connected to a website via a Secure Sockets Layer (SSL), indicated by the “https” in the URL, rather than “http.”

But Herley says that to gain the benefit of SSL connections, the user must type the entire URL, including “https”, or have the secure URL bookmarked. They also need to pay more attention to browser warnings about certificate errors.

And for all of that, there is relatively little benefit. He asserts that virtually 100 percent of certificate errors are false positives caused by legitimate sites that have name mismatches or expired certificates.

“The effort we ask of people is real,” Herley writes, “while the harm we warn them of is almost always theoretical.”

Herley certainly believes in web security. Strong passwords can prevent some attacks, for instance. But he advocates an approach to passwords that recognizes that people tend to pick common words to use. Why not take an approach that lets people use whatever they want—as long as that password has not reached a certain threshold of popularity within a website? He and two co-authors suggest that in a 2010 paper, Popularity is Everything: A new approach to protecting passwords from statistical-guessing attacks.

For the most part, Herley argues that most of what security experts ask people to do ignores the biggest threats. Forcing a password change every 60 days makes no sense if a person’s computer is infected with a keystroke-logging program, which captures keystrokes people use—including passwords—and directs them to a malicious recipient. The new password will be compromised immediately. It would be better to invest in software that detects a logging virus than to constantly change passwords and then try to remember them.

Laughs During a Conference

Herley has delved into security issues relatively recently. He earned his bachelor’s degree in electrical engineering at University College Cork in his native Ireland, received a master’s degree in the same field from Georgia Tech, then earned a Ph.D. from Columbia University.

Early in Herley’s career, he specialized in image processing and signal analysis. But in the mid-2000s, he saw that password practices had been the subject of almost no rigorous research.

“It was very under-studied, which surprised me,” he says. “People were spending all sorts of energies on lots of different security problems, but there was this gigantic elephant in the room, which was passwords. As far as the 2 billion users of the Internet are concerned, that would seem to dwarf everything else, yet it was receiving almost no attention.”

Herley realized he was on to something in 2007, when he was giving a talk on a paper he had co-written with Microsoft Research colleague Dinei Florêncio, titled A Large-Scale Study of Web Password Habits. The paper examined the password behavior of a half million web users—their average number of passwords, how often they are changed, password strength, and more.

During the talk, given to a crowd of security experts, Herley noticed that whenever he showed a slide or graph depicting poor password habits, he got a laugh.

“I’m used to giving dry technical talks, and usually, you really have to work for the laugh,” Herley says. “So I thought this was odd. What’s funny about it?”

Herley began to think that security experts’ mockery of everyday web habits showed that the experts were the ones out of touch, not the Internet users.

“The job of the security experts is to produce technology that serves the need,” he says. “If it isn’t serving the need, don’t laugh at it. Maybe some people on the web are dumb and lazy, but they are what they are.”

“The stuff has been accreting for 40 years,” Herley says of security guidelines. “It never goes away.”

The Media Tunes In

Herley began to look at the costs of adhering to web-security practices, compared with the benefits. That led to the 2009 So Long, and No Thanks paper, in which he made his case that most security advice achieves relatively little and comes with a cost.

That’s when Herley became a media sensation. The New York Times published an article on it. The Boston Globe and ZDNet did, too, and dozens of other online sites and blogs followed suit. Almost all were sympathetic to the plight of password-afflicted Internet users.

“I was surprised by all that, having worked in different areas on various dry papers,” he says. “It was hard to believe that I’d tapped into something like populist rage.

“But that is an advantage when you come at something from the outside. You haven’t been captured by the consensus view—‘Well, everyone knows this. We don’t even think about it anymore.’ And I was lucky to articulate some of this stuff in a way that resonated with a lot of people who are consumers of technology.”

“I learn far more when people come up to me and say, ‘Herley, you’re completely wrong, and here’s why,’” he says. “It’s bad for any field when everybody is agreeing with each other.”

“There is just so much energy that comes from being around so many smart people,” he says. “And you get a lot of feedback here. Whenever you have kind of a crazy idea, it helps a lot to be able to bounce that idea off people who say, ‘I don’t work in that area, but it makes sense to me.’

“And when you see so many people doing quality work, it really makes you want to raise the level of your own game. It really is a unique environment. I’m amazed at the freedom it has given me.”

When not taking on the security status quo, Herley loves to hike in the Washington Cascades, and haunts fringe theater in Seattle.

“I like these underground garage places where they put on slightly edgier stuff and take some risks,” he says. “Sometimes, it works, and sometimes, it doesn’t, but ‘if you’re afraid of seeing bad theater, you’re never going to see really great theater.’

“I think the same is true of research. If you’re afraid of having a project flop on you, you’re never going to do really great stuff.”