From Grassroots to Government

Simon Peyton Jones’ contributions to computer science continue to be recognized, and now, so is his advocacy for computing education. 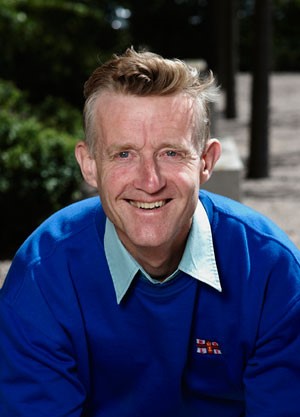 On June 10, during the 35th annual conference on Programming Language Design and Implementation, hosted by SIGPLAN, the Association for Computing Machinery’s (ACM’s) Special Interest Group on Programming Languages, Peyton Jones, a Microsoft researcher, received the SIGPLAN Distinguished Service Award in recognition of the many outstanding ways he has provided service to the community.

But SIGPLAN is not the only group that appreciates Peyton Jones’ achievements. He’s become well known for his efforts to promote computer-science education. Computing at School (CAS), a grassroots nonprofit Peyton Jones helped found in 2008, is behind a major development in U.K. education: Beginning in September, state-funded primary and secondary schools in the United Kingdom will teach computer science to all children.

“Back in 2008, we didn’t think our chances of success were very good,” Peyton Jones admits, “but sometimes, people do things because they feel it must be done.”

Put the Fun Back into Computing at Schools

Peyton Jones always maintains that his job is the most fun and interesting in the world. 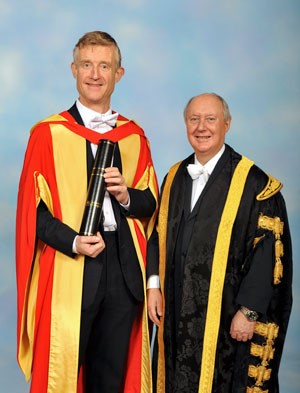 Sir Kenneth Charles Calman (right), chancellor of the University of Glasgow, joins Simon Peyton Jones during festivities associated with his honorary doctorate from the university in 2013.

He joined Microsoft Research in 1998, where his main research interest has been in languages for functional programming—a type of programming that models computations as the evaluation of expressions—and their implementation and application. In 2004, Peyton Jones was recognized as an ACM Fellow, and in 2011, he received membership in the Academia Europaea. He received an honorary doctorate from the University of Glasgow in 2013.

Peyton Jones is well-known to computer scientists as a major contributor to the design of the Haskell programming language and for his work focused on the Glasgow Haskell Compiler (GHC) and its ramifications. GHC won the 2011 SIGPLAN Programming Languages Software Award, an honor Peyton Jones shared with co-researcher Simon Marlow.

When Peyton Jones’ own children were at school, he was dismayed that the standard information-and-communication-technology (ICT) curriculum didn’t teach the fun and interesting aspects of computer science that made the discipline so fascinating for him. Instead, ICT just showed kids how to use applications. This prompted him to look into the status of computing education.

A steady decline in numbers at the A-levels—equivalent to Grade 12 in North America—told the story. Around 25 percent fewer students entered A-level classes for ICT in 2007 than in 2004, with an even sharper decline in entries to A-level computer studies: The Royal Society has reported a 31 percent drop for boys and a 45 percent plummet for girls.

In response, Peyton Jones and a few friends started CAS. The group began as a grassroots organization whose goal was to put excitement back into computing at schools. Underpinning this was a concern that if the trend continued, the U.K. would fall behind in computer-science achievements.

“Initially, we grew by word of mouth,” Peyton Jones recalls. “We held meetings two or three times a year at Microsoft Research in Cambridge. It was three years before we had even 100 members. I used to maintain the membership list on a spreadsheet. Now, we have 11,000 members and the support of 35 national partners, including Microsoft, Google, and the British Computer Society. I’ve stopped using spreadsheets.”

Many Milestones on the Road to Success

In November 2009, CAS published a report titled Computing at School: the state of the nation. The report highlighted the decline of student interest in computing and the subsequent impact on universities and employers. The report argued that computing is a rich discipline on a par with science, engineering, and mathematics. Built on enduring principles and methods, the report contended, computing students learn life skills such as problem solving and abstraction, analytical thinking, and deep inquiry.

“Then, we felt we ought to describe in some detail what computer science, as a school subject, might look like,” Peyton Jones says. “So, in mid-2011, we wrote another document, CAS Curriculum for computer science, which we updated a year later. It contained CAS recommendations for a computer-science curriculum. At this point, we hadn’t received any serious attention from the government.”

Members of The Royal Society, however, had been paying attention to CAS. In August 2010, they asked Peyton Jones to join the Computing in Schools Advisory Group. This led to a major report, Shut down or restart? The way forward for computing in UK schools, published in January 2012, which examined the value of ICT lessons, as opposed to lessons in computing, in the U.K. school curriculum. The report recommended that every child have an opportunity to learn computing at school, including exposure to computer science as a rigorous academic discipline.

“That was definitely a milestone,” Peyton Jones laughs, “because CAS had been around for four years and the Royal Society has been around for 400. The government listens to them. It was also very helpful that Eric Schmidt of Google had come to the U.K. in August 2011 and during one of his speeches criticized the British education system. That moved the discussion from the educational arena to the political, and soon after that, Prime Minister David Cameron was saying he agreed with Schmidt and that our kids should learn programming.” 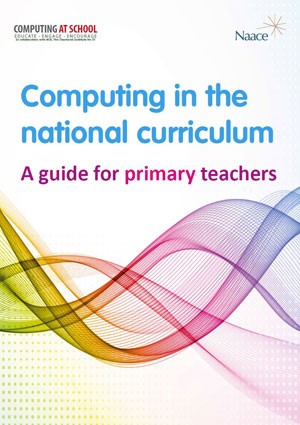 Another milestone came during the 2012 BETT Show, formerly known as the British Educational Training and Technology Show, when Michael Gove, U.K. secretary of state for Education, gave a speech in which he said the nation had been “…let down by an ICT curriculum that neglects the rigorous computer-science and programming skills which high-tech industries need.” He also said, “…other specialist groups have published or are about to publish detailed ICT curricula and programmes of study, including Computing at School.”

For the latter organization, things had begun to change.

“We realized CAS was no longer some weird little outsider group when we were invited to help draft a new curriculum for computing,” Peyton Jones says. “The Department for Education invited the British Computer Society and the Royal Academy of Engineering to convene a working party of stakeholders, and I was invited to be its chair. In 2008, CAS embarked on a seemingly impossible task, and in 2012, there we were, participating in rewriting the national curriculum to include computer science for the first time.”

More good news came later in 2012, when Gove announced new scholarships and bursaries for graduates who want to train as computer-science teachers.

“That leaves the huge task of training the nation’s existing teachers to deliver the new computing curriculum,” Peyton Jones says. “CAS was willing to take on some of this challenge, but you can’t expect a volunteer organization to train tens of thousands of teachers purely on adrenaline and enthusiasm. We went back to the Department of Education, and in the end, they gave us 3 million pounds, which we are using mainly to buy time from good, existing computing teachers—master teachers—to develop and deliver training.”

In 2012, CAS launched the Network of Teaching Excellence in Computer Science. Working in collaboration with the BCS Academy of Computing, the group coordinates and provides training opportunities for existing teachers and for those training for the profession. In the first six months, the group recruited 761 member schools, 69 universities, 170 schools self-designated as lead schools, and 74 CAS master teachers recruited to run local training events.

Those who’ve worked with Peyton Jones say he has been the perfect ringleader.

“Simon inspires everyone,” says Bill Mitchell, director of the BCS Academy of Computing, “from government ministers to schoolteachers. I’ve heard so often something along these lines: You just need to spend five minutes talking to Simon to be filled with incredible energy and enthusiasm and to be completely convinced you’re going to make the world a better place by helping CAS.”

Peyton Jones gives much credit to Microsoft Research for the support he received during the early years of CAS. His then-manager, Andrew Herbert, was understanding and provided assistance such as travel expenses and administrative time.

“If Andrew had said, ‘Simon, it’s a worthy cause, but it’s not really what you should be doing,’ I probably wouldn’t have done it,” Peyton Jones says. “Not every employer would’ve been so supportive. And here we are now, with an organization that has made an impact at the national level.” 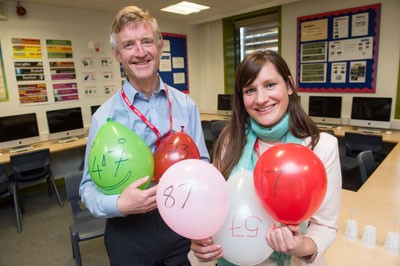 Simon Peyton Jones joins Zoe Ross, Computing at School master teacher, for a sorting game during an event as part of the Countdown to Computing program to support computer-science education in U.K. schools.

Peyton Jones also has been working closely for the last six years with Clare Riley, group manager of Education Relations for Microsoft in the United Kingdom. Peyton Jones says that Riley has been instrumental in making the case within the company that Microsoft needs to take a more visible, public stance on computing education worldwide. In April 2014, Microsoft donated £334,000 to CAS, funds that have been used to fund a program called Countdown to Computing.

“Greater computational thinking among young people can be transformative,” Riley says. “Not only does it help them participate in an incredibly exciting future in technology, but it also improves their learning ability in every other school subject. Microsoft’s work with CAS is central to our ability to improve computer-science education in the U.K. The organization’s mastery of the subject, its geographic spread across the U.K, and its commitment to young people makes it the perfect partner for Microsoft.”

CAS isn’t Peyton Jones’ only volunteer role in education: He also serves as chairman on the board of governors at the school his children used to attend.

“My three adult kids have long since left,” he jokes, “but somehow, I’m still there.”

Peyton Jones is likely to serve on the school’s board for some time to come if he wants to continue influencing the school’s operations and study programs. He and his wife have just adopted three small children, so life is busy right now at the Peyton Jones household. Yet he manages to juggle a hectic family life, his work at Microsoft Research, and volunteer time as the chair of CAS and also of a local school’s board.

“It’s quite exceptional,” Riley says, “for one man to have the commitment, charisma, passion, and momentum to bring people together. One of Simon’s favorite expressions is: ‘There is no them; there is only us.’ and his clear clarion call for people to engage and act has been at the heart of his success with CAS and all his other endeavors.”