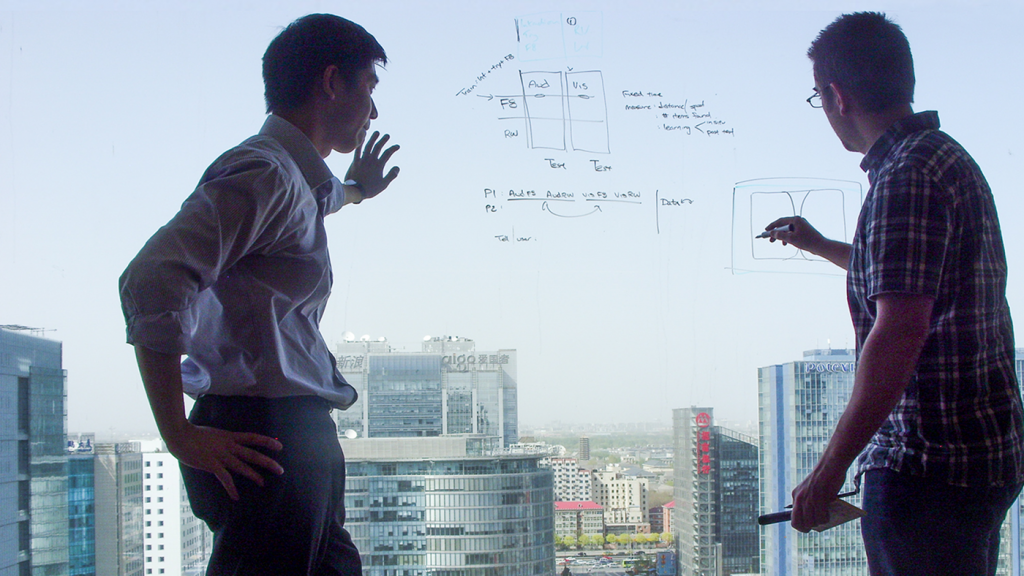 Microsoft Research Asia celebrates its 20th anniversary this year, and the milestone provided an occasion for many in the industry to reflect on an amazing journey, one not only replete with excellence and technological achievement, but also significant in its profound influence as it cultivated a generation of computer scientists and engineers, catalyzed collaboration between education and industry throughout China and grew as an indispensable bridge that has brought the Asia region and the world closer together.

“It has been a great journey,” reflected Baining Guo, Distinguished Scientist of Microsoft Research Asia, recalling his joining the lab at its inception in 1999 at the behest of founder Harry Shum. “We went in with a bold statement. We wanted to do world-class research, not just increase the quantity of research projects; indeed, we would focus on very few projects. But we went into China with the attitude that we wanted to be the best in the world or be nothing; quantity doesn’t count. That philosophy actually inspired a lot of people to join us.”

Today it is clear they achieved what they set out to do — and more. Since its inception, Microsoft Research Asia has been committed to advancing state of the art of computing. Deeply rooted in basic and applied research, the lab has achieved significant breakthroughs in many fields, including computer vision, speech recognition, graphics, and natural language comprehension such as recent human parity advances in conversational speech recognition and Chinese-to-English machine translation of news stories. As of mid-2018, more than 5,000 papers from the Asia lab have been published. But the real accomplishments are perhaps less quantifiable; they transcend the tangible impacts and benefits on the computer research community, society and the world, producing a reputation for devotion to knowledge, learning and people bordering on the legendary.

Assistant Managing Director Lidong Zhou tried to summarize the elusive. “Microsoft Research Asia’s 20-year journey toward excellence in research and innovation is an inspiring story full of amazing technical achievements. To me, however, the even more profound impact that the lab has made is actually through our outreach programs and collaboration with our partners, especially universities and organizations in the region,” he said. 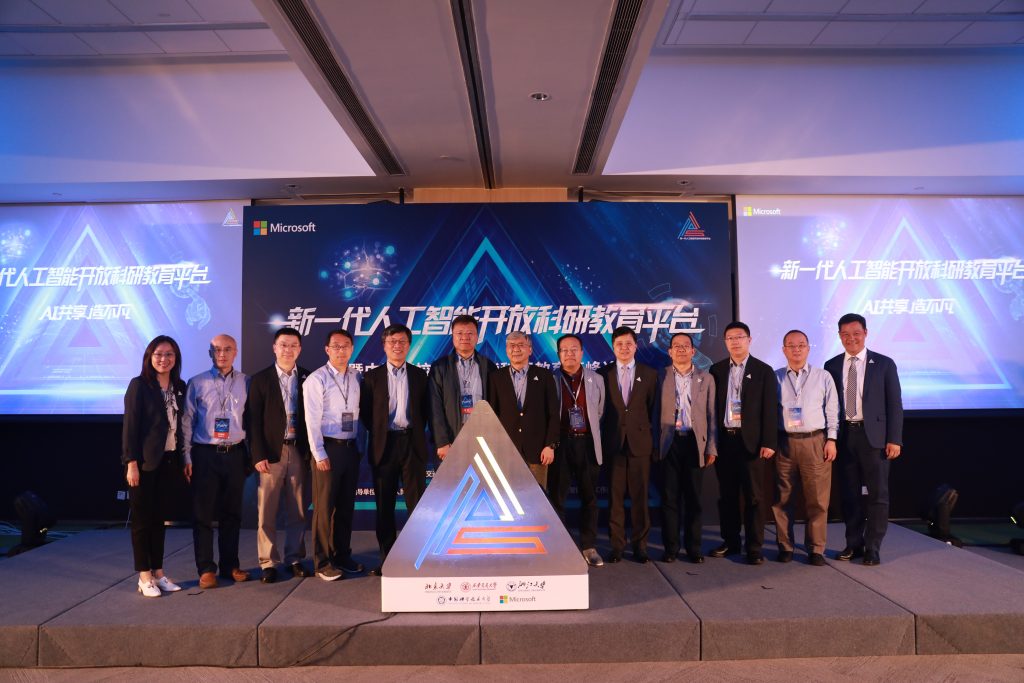 Those partnerships have connected the region to the world according to Zhou and have brought together academia and industry, acting as a catalyst to the growth of education and research in computer science throughout the region, and — most importantly — helping cultivate together a generation of computer scientists and engineers. “Those are truly long-lasting and fundamental impacts for which Microsoft Research Asia will always be remembered,” he concluded.

Microsoft Research Asia has made incredible and important contributions to Microsoft products like Windows, Office, Azure, Bing, Visual Studio, Xbox, Kinect and HoloLens. Before the advent of deeply popular products such as Xiaoice and Translator, their prototypes were incubated at Microsoft Research Asia. New technologies are consistently being innovated by the Beijing teams, and basic research and technological innovations translate into product experiences that benefit users and that have contributed greatly to product development at the company.

Guo is particularly proud of a Thomas Edison–like devotion to positive failure when it comes to the creativity philosophy at the lab. “When you’re working on something, if you succeed right away, that often means you’re not taking big enough risks,” said Guo. “And the role of constructive criticism across peers leads to better innovation and personal growth. We try to break each other’s ideas. For the kind of thing we want to achieve, what happens is you try your first idea and fail, and then your second idea and fail, until some real inspiration comes and you find out what’s really going on. And that’s what’ll get you respect from your colleagues, your peers in the field,” he explained.

Guo was reluctantly lured away from a very successful career at Intel by one of the lab’s founders, Harry Shum. “Harry Shum was the visionary,” said Guo. “He’s very charismatic and was very good at convincing me to join,” he said, laughing and recalling his early skepticism. “Yet Harry initially made very bold statements of purpose in terms of principle; he wanted to do very high-quality research. Harry said we were going to do either the best research — or nothing.” Surprising himself, Guo said he was in.

Guo recalled a moment in 2005 when he realized the full potential of institution. That year Microsoft Research Asia published the most research papers ever at SIGGRAPH by one research institution — a record nine papers. “It blew minds,” said Guo. “It was not something I could have imagined.”

“But the more important thing is that through all these two decades, we trained a lot of young people, and they became very successful researchers in their fields,” he added.

It’s a sentiment he kept returning to and one shared by his colleagues. 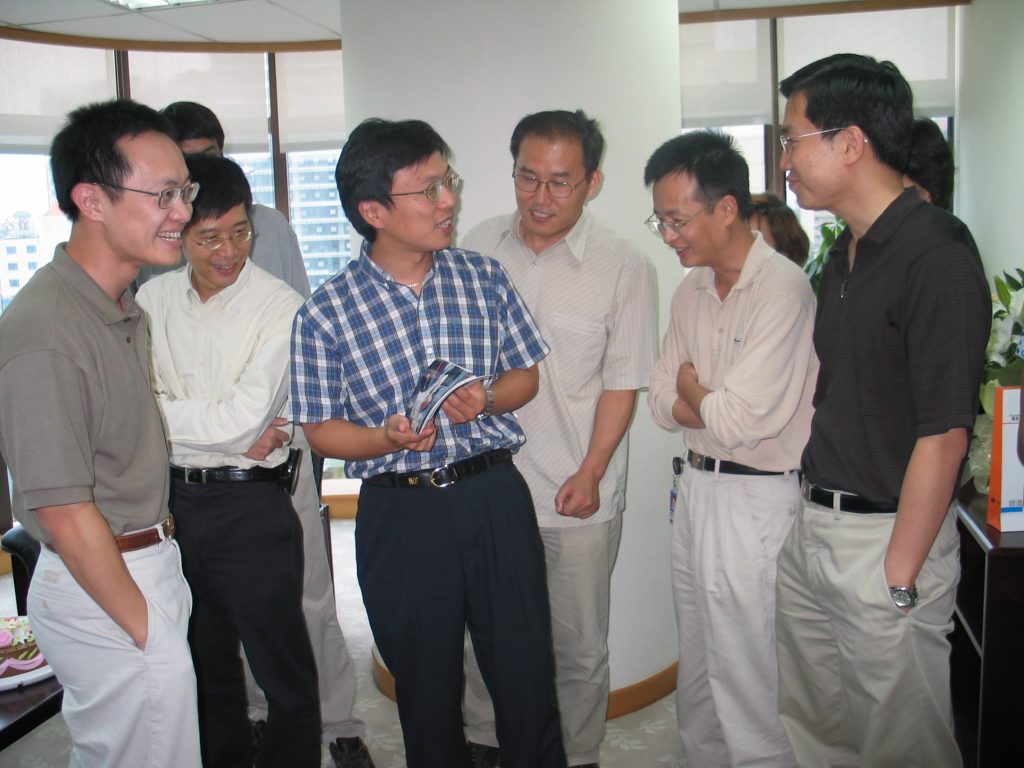 “Looking back, many people in Microsoft Research Asia grew up from local fresh graduates to world-renowned researchers and industry leaders. It’s Microsoft Research Asia’s unique culture and atmosphere that make such magic transformations happen. I am so proud of being part of this fantastic journey,” said Assistant Managing Director Tie-Yan Liu.

Guo emphasized the importance of individuality and personal aspiration within a supportive team framework. “Each person has an individual dream. Microsoft Research Asia is a platform to make that dream come true. All your colleagues and friends are there to support you. I think that’s very fulfilling and that’s why people join Microsoft Research Asia.”

Incubating for the future

Microsoft Research Asia has devoted itself to creating an incubator for both technologies and very specialized teams to advance ideas. Technology incubation combines forward-looking technology with practical applications. Product prototypes and next-generation technologies that blossomed in the incubator have helped Microsoft achieve long-term vision in addition to business objectives. Examples include Engkoo, which combines speech recognition, speech synthesis, and natural language processing technologies; Engkoo led to multiple products, including the Bing Pinyin input method and Bing dictionary and Microsoft Xiaoying.

Breakthroughs made at the lab in fields such as chatbot engines, poetry and music creation, and user portraits — along with years of research in computer vision, speech recognition, big data, machine learning, and deep neural networks — provided AI chatbot Xiaoice with its core intelligence technology, allowing it to perform natural interactions beyond simple human-to-machine Q&A. Building on the success of Xiaoice in the China market, Microsoft launched chatbots in Japan, India, Indonesia, and the United States. Text-to-speech technology found in Cortana and Microsoft Cognitive Services reflects the lab’s devotion to research in text-to-speech and speech recognition, computer-aided language learning, and machine learning technology, as well as of its close collaboration with Microsoft’s product teams. Other innovations incubated at the lab in the area of face recognition technology drive such modern Microsoft products as Windows Hello face login, Xbox, Office, Bing Search, Xiaoice, and Seeing AI. Let’s not leave out OCR Engine and AI Stack — the list of technologies goes on and on.

Building research and development teams is the other side of the incubation coin. Microsoft Research Asia has fostered the creation of research and development teams across China devoted not only to improving the company’s R & D capacity, but also to driving impressive societal impact. After incubating several product teams in China, the lab established the Microsoft Asia-Pacific Research and Development Group — the company’s largest innovation base outside the U.S. — in 2006.

“China has had a lot of ups and downs,” reflects Guo. “Microsoft Research Asia really benefited from appearing at a time when China was experiencing a renaissance period accompanied by a great desire to learn through technology and innovation.”

But it is perhaps its least quantifiable and most rewarding and creative “product” that the founders and researchers of Microsoft Research Asia all felt the need to celebrate and speak about with joy, and this is, of course, all the young talent that graced its labs over the past two decades. Certainly, a unique culture focused on fostering growth and development of high-tech talent is part of the success. It’s undeniable from anyone observing the mighty upheavals in economy and technology that China has experienced over the past two decades that the lab has grown together and played a unique role. From the training of interns to the funding of young scholars to supporting university research and collaborating with universities to design courses, the lab has developed its own style and reputation for cultivating outstanding talent for the world computer industry. Around 7,000 alumni have “graduated” from Microsoft Research Asia and are spread out across the world, actively engaging at the forefront of scientific innovation. They are a leading force in AI innovation. And with a gratitude that is admirable, they all remember where they came from.

Listening to Guo, one would be forgiven for thinking that it was all about helping people become more. “The aspect that I’m most proud of is that we’ve trained a lot of individuals — not just for Microsoft — but for the wider internet industry in China. Some say that over half of the technology leaders in China are coming from Microsoft Research Asia, to give you an idea of how big an impact the lab has had,” he said.

“On the one hand, I would love to keep them all at Microsoft, but when you see them going out with our Microsoft Research Asia DNA and making such an impact in China and across the world, you cannot help feeling so proud of these guys,” added Guo.