The year’s end is an opportunity to reflect on what was achieved and to resolve to aspire to even greater heights in the one that’s about to begin. Looking back on what was accomplished at Microsoft Research in 2018 brings to mind numerous proud moments, impressive research vision, and a commitment to open source and sharing in research.

A growth of new ideas 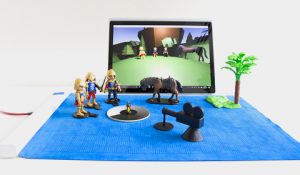 At the CHI conference in April, a team of Microsoft researchers presented one of 2018’s most talked about achievements in the world of touch. Project Zanzibar, a completely new sensing platform in the form of a flexible portable mat, demonstrated the ability to locate, sense, and communicate with objects, as well as sense a user’s touch. The mat combines capacitive sensing and near-field communication in a novel way, enabling multitouch and hover gesture input to coexist with physical object manipulation and control. The Project Zanzibar research platform also introduced the power of portability in a tangible user interface. Rather than provide its own display, it takes advantage of existing devices such as tablets. Project Zanzibar’s blurring of the distinctions between the digital and physical world turned heads at CHI. And, as attendees saw, the mat can be rolled up, stowed, and used anywhere!

Program analysis and learning from source code was another area in the spring that featured innovative thinking. In a paper presented at ICLR 2018, researchers from Microsoft Research and Simon Fraser University Vancouver shared ways to combine existing methodologies in program analysis—specifically, the mathematical logic that is the basis of machine-interpretable programming languages and natural language processing, which views programs as an eccentric form of natural language. Combining these two disparate worlds, their new approach showed a way of finding bugs in released software that performed far better than traditional machine learning techniques. 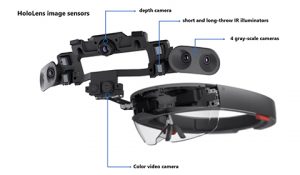 June was a particularly eventful month. Marc Pollefeys, Partner Director of Science at Microsoft Research, kicked off a similar research-empowering discussion on how Research Mode, a new feature in Windows 10 for HoloLens, represented a potent device facilitating computer vision research. Application code can not only access video and audio streams but also simultaneously leverage the results of built-in computer vision algorithms such as SLAM (simultaneous localization and mapping) to obtain the motion of the device, as well as the spatial-mapping algorithms to obtain 3D meshes of the environment. Researchers now have the option to enable Research Mode on their HoloLens devices to gain access to all raw image sensors streams to be used in their own algorithms. The new capabilities were demonstrated to enthusiastic attendees at CVPR that same month in Salt Lake City.

A few days later was the launch of Microsoft Research Open Data, a new data repository in the cloud dedicated to facilitating collaboration across the global research community. Microsoft Research Open Data addresses the need for curated, meaningful, and open datasets in research of all kinds. It promotes the sharing of datasets representing many years of data curation and research efforts by Microsoft and helps enable reproducibility of research. All the freely available data has appeared in published research studies. The program is generating interest and discussion in the research community. “It is a game changer for the big data community,” said Professor Sam Madden at the Massachusetts Institute of Technology. “Initiatives like Microsoft Research Open Data reduce barriers to data sharing and encourage reproducibility by leveraging the power of cloud computing.”

Also notable in June, FASTER, a new embedded key-value store for large state management, was presented at SIGMOD. FASTER makes a major leap forward in terms of supporting fast and frequent lookups and updates of large amounts of state information—a particularly challenging problem for applications in the cloud today. With its billions of devices constantly reporting and updating state, Internet of Things is a great example scenario of how FASTER will shine. Another example scenario is in advertising platforms, where user activity such as ad and search result clicks drive the creation and frequent update of per-user behavior models and per-ad statistics.

The hotter summer months featured the return of Microsoft MakeCode, Microsoft Research’s web-based learning environment for kids and teens to create with technology. MakeCode’s unique approach combines the magic of making with the power of code as a way to make learning about computers and technology more accessible and interesting to a wider audience. Projects included making and programming pets, fortunetellers, Minecraft obstacle courses, and Chibitronics birthday cards—and a lot of happy kids!

A season of giving 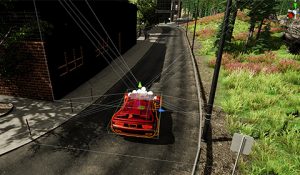 Autumn brought the exciting announcement by Business Management AI and Microsoft Research AI that AirSim is available on Unity, further empowering researchers striving to create artificial intelligence solutions to real-world systems using the power of simulation. AirSim, the open-source system designed to train autonomous systems, provides realistic environments, vehicle dynamics, and multimodal sensing for researchers building autonomous vehicles that use AI to enhance their safe operation in the open world. Business Management AI and Microsoft Research AI continually strive to accelerate AI advances with the use of realistic simulators, tools, and environment. The blog post excitedly describes how AirSim users are now able to leverage the Unity platform and ecosystem when building, training, and evaluating autonomous systems in a simulated environment designed for AI.

In October, Microsoft Research Cambridge, U.K., announced Infer.NET would be open source for use in commercial applications. One of the top-tier cross-platform frameworks for model-based machine learning, Infer.NET had achieved immense success as a research tool in academia and ultimately evolved to become the machine learning engine in top Microsoft products thanks to its impressive scalability and interpretability. With a model-based approach to machine learning and accompanying interpretability and probabilistic capabilities, it is an ideal framework for problem solving in domain-knowledge-rich settings and for interpreting system behaviors, as well as real-time learning on production systems.

Indeed, 2018 became a year of openness and giving at Microsoft Research, replete with sharing and the open source announcement of tools and platforms. In December, the Microsoft Simple Encrypted Arithmetic Library (Microsoft SEAL), developed by the Cryptography Research group at Microsoft, was made open source, an instance of strategic knowledge sharing with the aim of creating new synergies that can get the world closer to secure, private, and trustworthy computing. The library has already been adopted by Intel to implement the underlying cryptography functions in HE-Transformer, the homomorphic encryption back end to its neural network compiler nGraph. 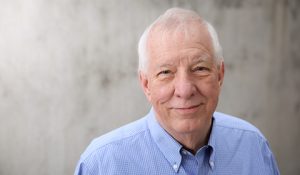 It would not be possible to reflect on 2018 and not remember Microsoft Technical Fellow Burton J. Smith and his passing on April 3. Beloved by his colleagues at Microsoft and admired internationally across the entire computing industry, Smith was a researcher and inventor of profound impact who inspired vision, innovation, and generosity.

As we remember Burton and reflect on a stellar year, we at Microsoft Research would like to extend happy new year wishes to all our readers and to offer encouragement to aspiring researchers everywhere. Here’s looking forward to another very good year! 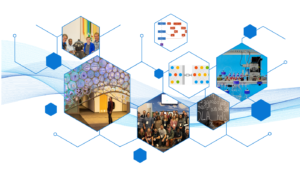 Research is about achieving long-term goals, often through incremental progress. As the year comes to an end, it’s a good time to step back and reflect on the work that researchers at Microsoft and their collaborators have done to advance the state of the art in computing, particularly by increasing the capabilities and reach of […] 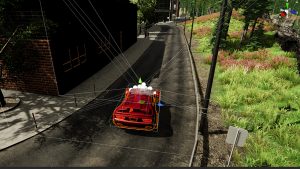 At Microsoft, we have a vision and passion to bring artificial intelligence solutions to real-world systems using the power of simulation. We continually strive to accelerate AI advances with the use of realistic simulators, tools, and environments. Today we are excited to announce AirSim availability on Unity.  AirSim developers will be able to leverage the […] 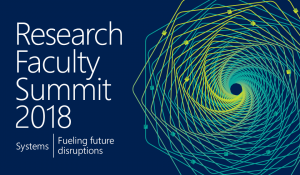 We live in the age of the intelligent edge and intelligent cloud. Data is collected at the edge using billions of small devices. The data is pre-processed at the edge and shipped in a filtered and aggregated form to the cloud. In the cloud, the data is analyzed and used to train models which are […]