The Quest for Quality Searches

When the Association for Computing Machinery’s (ACM’s) Special Interest Group on Information Retrieval (SIGIR) holds a conference, it must be difficult for participants to decide which sessions to attend, because creating easy, effective search experiences these days involves challenges potentially as diverse as dealing with multimedia, social media, relevance judgments, unstructured searches, and massive scalability. The 33rd annual ACM SIGIR Conference, being held at the University of Geneva from July 19-23, features a busy schedule of tutorials, workshops, and presentations of research papers that explore these topics.

Image Search by Concept Map—by Hao Xu of the University of Science and Technology of China and Jingdong Wang, Xian-Sheng Hua, and Shipeng Li of Microsoft Research Asia—is an example of how the use of multimedia has increased the complexity of information-retrieval problems. Digital images are, after text, the second-most prevalent media on the Web. The challenge for these researchers was to devise a more intuitive way for users to query for images.

Hua, lead researcher with the Media Computing Group, wants to overcome the limitations of existing image-search engines, which depend on the metadata of web images—and which rarely contain spatial information. Although the Image Search by Color Sketch feature in Bing addresses spatial relationships between colors in an image, his team wanted to convey semantic intention.

“This is a totally new way of searching web images,” Hua says, “when compared to text-box-based image searches. In this model, we allow users to specify the spatial positions of the query terms. The typed keywords indicate the desired visual concepts, or objects, within the image. The spatial relation of the keywords indicates the desired layout of the visual contents. We translate from a concept map to a visual instance map.”

This sample query illustrates how a user would search for “images containing a butterfly on the top left of a flower.”

With his interest in multimedia search, it`s not surprising that Hua is also part of a team researching music-information retrieval. Along with fellow researchers Jialie Shen and HweeHwa Pang of Singapore Management University, Meng Wang of Microsoft Research Asia, and Shuicheng Yan of the National University of Singapore, Hua has authored a paper entitled Effective Music Tagging Through Advanced Statistical Modeling. The work addresses the challenge of managing large music archives through knowledge representation of music documents.

Music search and recommendation requires compact but comprehensive textual annotation—tags—to describe a musical piece’s content and semantic notion. But as with all searches, retrieved results are only as good as the tags that describe the item’s content. Manual tagging of music files in a large collection is expensive and time-consuming, making automated music tagging an important research area. But high-level semantic concepts such as genre and mood are difficult to derive from the physical properties of music, so the researchers combined advanced musical feature-extraction techniques with high-level semantic-concept modeling. 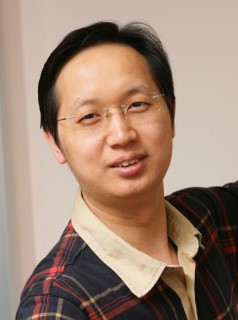 “We propose a multilayer approach to modeling the content of music.” Hua says. “It bridges the gap between music content and semantic tags. Musical content is very rich, and we need to capture features such as timbral texture, harmony, rhythm structure, instrument, and pitch. Low-level acoustic characteristics are too simplistic for accurate representation.”

The results proved that their approach delivered substantial improvements in accuracy and robust annotation over existing methods. Even so, Hua concludes this is a challenging line of research that still has a long way to go.

“Several tags involve domain knowledge, such as the instrument and mood,” he explains. “Even when you employ professional musicians to label a data set manually, they may need to listen to the music multiple times. In some cases, the labelers may need to have a discussion before establishing the final tags of a piece.”

Search and retrieval by color, image content, spatial relationships, and musical mood and genre are only a few of the technical challenges that SIGIR 2010 will address, and these difficult topics are what drive some of the most novel work in computing research today.

A Track Record of Support

This prestigious conference showcases the most innovative thinking in information retrieval and draws significant support from Microsoft Research, a gold sponsor of the event. In addition to the 15 accepted papers, Gary Flake, technical fellow at Microsoft, will deliver the first keynote address of SIGIR 2010. Microsoft researchers also have committed time to SIGIR in other capacities, chairing three of the technical-paper sessions, giving four tutorials, and organizing three workshops.

Wang hopes the workshop will encourage researchers to use the Web N-gram Services hosted by Microsoft Research, which comprises algorithms, implementation, and petabytes of data regularly updated.

“The SIGIR Web N-gram Workshop,” he says, “will feature some of the research coming from using the Microsoft Web N-gram Services which went in public beta worldwide on April 28. The service-based distribution model enables us to update the data to keep up with the fast pace at which the web is changing. At the workshop we will announce several new features about the service.”

The effort that Microsoft Research applies to advancing the state of the art in information retrieval is reflected by the fact that four of the eight nominations this year for the SIGIR best paper award were written all or in part by Microsoft Research scientists.