Each summer, Microsoft Research facilities from around the world welcome a fresh crop of interns. Microsoft Research considers the intern program a vital part of its interactions with the academic world, with some facilities increasing their head count by as much as 50 percent when interns arrive.

Microsoft Research interns enjoy the perks of working in world-class facilities and an active social schedule organized specifically for them. Over the course of the summer, however, some interns discover another advantage: the opportunity to meet researchers they had admired from afar.

Thanks to a suggestion from his adviser at the University of California, San Diego, Michael Wei applied for an internship at Microsoft Research Silicon Valley. Given his focus on computer architecture, particularly embedded systems, architectural memory models, security, and energy, Wei found the facility’s environment and its areas of expertise compelling. He is enthusiastic about the project on which he is working with mentor Ted Wobber: a distributed, high-performance storage system adapted to the idiosyncrasies of fast flash memory. 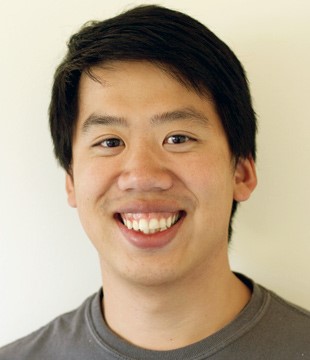 “My focus is in computer architecture,” Wei says, “and this project is unique in that it lets me work at all parts of the stack, from designing high-speed hardware to architecting the software layers of the system to see how they interact.”

While Wei expected a busy summer developing a hardware prototype to prove his design, life at Microsoft Research did provide some unexpected experiences.

“The environment definitely exceeded my expectations,” Wei says. “I thought an industry lab would be very closed and focused. Instead, the lab culture here is very open, with researchers from all disciplines collaborating together to further their ideas. I also knew I was going to be working with top researchers, but I had no idea that I’d be chatting with them on a first-name basis or just walking into their offices and having discussions ranging from the future of flash-memory technology to what’s for lunch. That was a real bonus.”

Germaine Halegoua also has found the research environment more collaborative than expected. Halegoua is finishing her Ph.D. in Media and Cultural Studies in the Department of Communication Arts at the University of Wisconsin-Madison, learning about the relationships between urban environments and networked technologies. 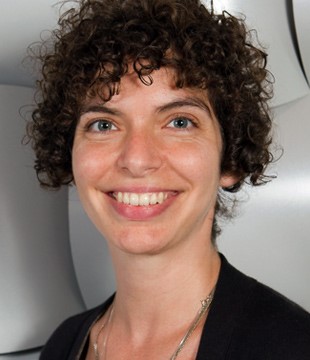 “It was great to learn that a prestigious research team such as the Social Media Collective at Microsoft Research New England was dedicating studies to location-based social media,” Halegoua recalls. “I knew it would be a uniquely helpful experience to observe how these renowned and talented researchers worked and to have them comment on and contribute to my work. What was amazing and unexpected, however, was finding that I was able to contribute to their work, as well. The Social Media Collective has created a motivating environment that is open, supportive, and collaborative.”

Under the mentorship of danah boyd, Halegoua has been working on projects involving location-based social networks. In one, she has been interviewing participants and vendors who utilize location-based services. Her goal is to shed light on personal and business uses of location information to inform regulation, understand the meaning of location, and explore privacy and surveillance concerns regarding opt-in, location-based social-media systems. Another project involved the social and cultural significance of “jumpers”—people who check in on location-based social media for places where they are not physically present.

Halegoua claims that relocation to the Boston area has been valuable for her research.

“I love getting to know cities,” she says. “I think being in a different environment helps me think differently. It also helps when Boston is filled with early adopters of new technologies, which meant there were a lot of people and businesses using the technologies and services that I was studying.”

When Seokhwan Kim arrived at Microsoft Research Asia for his internship, one of his goals was to understand how top researchers work and how they manage to achieve great results. Kim is completing a Ph.D. from the Department of Computer Science at the University of Tsukuba in Japan. His area of research is human-computer interaction. 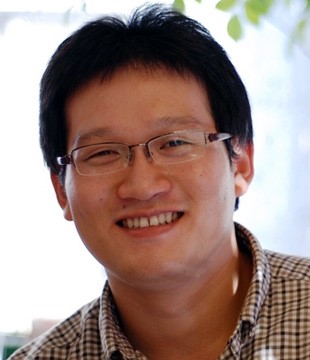 “In my Ph.D. studies, I proposed and developed a palm display system,” Kim says. “It draws user-interface images on the palm and allows the user to interact using the fingertips. I’m still exploring ways of improving this system and identifying its problems and advantages.”

His hypothesis is that consumers don’t want devices, but the services devices can provide. His ultimate project would be one that enables him to remove the device between consumer and service. For now, he is happy to be interning at Microsoft Research, working with mentors Xiang Cao and Desney Tan in the Human-Computer Interaction group.

“I’ve concluded that researchers here are extremely efficient in their work because they are so experienced,” Kim says. “Also, the management and support systems at the lab all work to maximize the time researchers can spend on actually doing research. The technical-support specialists are wonderful, always ready to help you troubleshoot hardware and software problems.”

One of the highlights of Kim’s time at Microsoft Research has been weekly brainstorming meetings.

“These turned out to be some of the most positive and unexpected experiences of the internship,” Kim recalls. “I found myself brainstorming with very senior, highly respected researchers. They gave me invaluable feedback and ideas. I found this type of group interaction very useful. Every conversation at every meeting seemed to generate new ideas for research topics.”

With a background in biomedical science and social studies of science, Caitlin Cockerton joined a cross-disciplinary research team at Microsoft Research Cambridge that included a biologist, a formal-verification expert, computer programmers, a human-computer-interaction expert, a designer, and a developer. 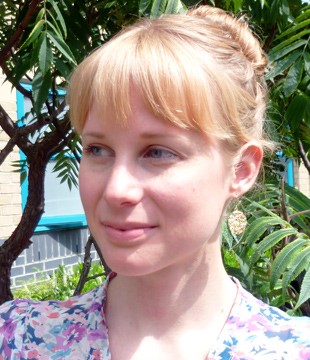 Cockerton, who recently completed her Ph.D. at the London School of Economics, is fascinated by the creativity essential to interdisciplinary groups as they attempt to push toward boundaries in science and technology innovation. Her Ph.D. focuses on the emerging field of synthetic biology, and she has been investigating how new forms of knowledge and “living machines” are constructed. Her work explores the technical languages and expertise involved when biologists, engineers, computer scientists, physicists, and designers work together to turn ideas into new, functional biotechnical materials.

“The team I joined has been working on the premise that computer algorithms can describe biological systems,” Cockerton says. “My primary role on the team is to take an early prototype of the tool they have developed into the field and test it with users to gain feedback about the tool’s functions and potential directions for development.”

From the start, her mentor, Alex Taylor of the Socio-Digital Systems group, and her research team made her feel at home. She has been on a nonstop learning curve ever since. Cockerton’s time in Cambridge has introduced her to new fields, research projects, applied qualitative-research methodologies, and avenues to explore.

Her advice to future Microsoft Research interns is to throw themselves into their projects while remaining open to topics beyond their research areas, which can deliver unexpected benefits.

“There is so much fascinating work going on,” she says. “Three months goes by way too quickly! But the most pleasant surprise of all is how open the researchers are to meeting and discussing their work with interns—even the most senior and established people! Although they are extremely busy, people are almost always happy to have a coffee and chat.”

Bhargav Narayanan also has made the most of his opportunity to interact with seasoned researchers at Microsoft Research India. 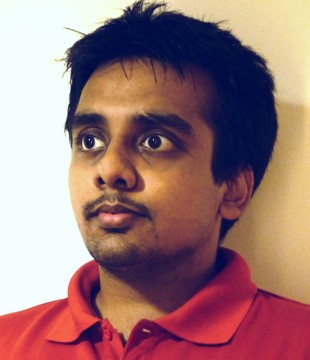 “I loved the fact that I could so easily talk to any of the researchers about the problems they were working on,” recalls Narayanan, who is studying mathematics at the University of Cambridge and has plans to pursue a Ph.D. at Cambridge, Stanford, or Princeton. “In addition to my mentor, Ramarathnam Venkatesan, I’ve had very useful discussions with other folks in the Cryptography, Security, and Applied Mathematics group.”

Narayanan is interested in problems that lie at the intersection of pure mathematics and theoretical computer science. Most of his internship has been in this area, a mixture of mathematical and algorithmic work aimed at solving a particular class of equations efficiently.

The difficulty of the problem his mentor gave him surprised Narayanan, but he found his mentor extremely helpful.

“I expected to learn some amount of mathematics and apply these ideas to problems of interest in theoretical computer science,” Narayanan says. “Venkie was great. I’ve had crash courses in diverse topics ranging from basic algebraic geometry to the theory of lattices.”

The challenges were worth it. One of the academic highlights of Narayanan’s internship came when Venkatesan presented some of their results during the Paul Erdös Memorial Lecture Series at the University of Memphis.

Proximity to a Wealth of Expertise

Craig Costello’s research focuses on a complex mathematical function called a cryptographic pairing, used in data encryption. Because of their complex nature, pairings are much slower to compute than many other cryptographic functions, and Costello’s work aims to improve the speed of computing cryptographically secure pairings. A Ph.D. candidate in Mathematics and Cryptography at the Queensland University of Technology in Australia and the recipient of an Australian-American Fulbright Commission Scholarship at the University of California, Irvine, Costello met his mentor, Kristin Lauter, during a conference hosted by Microsoft Research in October 2010. 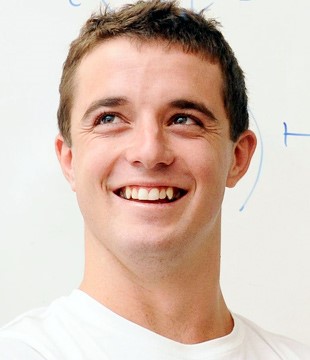 “The 25th-anniversary Workshop on Elliptic Curves and Computation brought together the gods of my field,” Costello recalls. “I was working on a problem at the time and sought collaboration from the big names seated around me. Fortunately, Kristin, one of the most widely respected and published researchers in curve-based cryptography, showed interest in my ideas.”

This led to a fruitful collaboration and correspondence that continued into 2011. As their main project approached publication, Lauter offered Costello an internship in the Cryptography group at Microsoft Research Redmond, jointly supervised by Lauter and Michael Naehrig. Costello’s intern project involved implementing high-security cryptographic pairings to contribute to Microsoft’s encryption library.

“This was highly beneficial and a new experience for me,” Costello explains, “since my research has been largely theoretical. This was the first time I was actually able to see my work culminate in a working implementation.”

He also enjoyed proximity to so much expertise, finding that he could get immediate answers to any questions, regardless of their nature, because of the wealth of knowledge available at the facility.

“For someone who’s a small fish in a huge pond,” Costello says, “an office in the same hallway as some of the names here is an honor in itself. It was amazing to be able to knock on Kristin’s door and have impromptu meetings that go for hours, from which I’d walk out highly motivated to go after more findings.”

These six interns spent the summer pursuing research projects in wide-ranging and diverse disciplines, but when they discuss their mentors and other researchers, a common theme emerges: They were amazed by the generosity on offer.

“It was great to interact both personally and intellectually with scholars whose work I’ve read, admired, and wanted to build on,” Halegoua says. “I found their personalities as intriguing and admirable as the work they produced. It was a rare opportunity and something I valued highly.”

Kim urges interns not to be shy.

“Everybody at the lab wants you to have a positive experience,” he says. “Your success matters to them. It is a far more valuable internship if you get to know the senior staff and their work.”

“Don’t be afraid to talk to people,” he says, “even if they are Turing Award winners! Everyone here is very friendly, and being an intern gives you a unique opportunity to interact with senior researchers one-on-one. It’s likely that someone at Microsoft Research will review your work in the future—many of the staff serve as chairs for conferences—so it’s a good idea to get a feel for what they look for in a technical paper.”