“Our mission is to invent networking & sensing technologies to empower every person and organization in the planet to achieve more.”

Our research is focused on the following four broad themes. Each theme has numerous projects, and some projects span multiple themes. A partial list of current and past projects is available.

As we move from software on disk (e.g., Office) to Software-as-a-service delivered over the network (e.g., Ofice365) it is imperative that network down times not diminish service availability. Network verification seeks to guarantee correct operation of our data center and core networks by leveraging work in formal methods for programs. Despite the presence of cables and routers, a network can be viewed abstractly as a “program” that takes packets from the input edges of the network and outputs packets to the output edge.

This leads to a broad research agenda: building tools that are the equivalents of testers, static checkers, and compilers for Microsoft networks.  New research is required because differences in the networking domain require rethinking classical verification tools (e.g., model checking, symbolic testing) to produce new concepts. At MSR, we have built four tools including SecGuru (used operationally within Azure), NetSonar (aspects of which are in Autopilot), Batfish (which can predict the effect of routing configuration changes), and Network Optimized Datalog (which can check reachability across firewalls and load balancers). This is joint work between the MNR and RiSE groups, various network product teams, and external researchers in Stanford and UCLA.

In ongoing work, we are 1) improving the scalability of reachability checks by leveraging symmetries in data center topologies; 2) improving the speed of configuration change analysis by decomposing and modularizing the analysis logic into smaller chunks; and 3) proving correctness under all topologies and route announcements through symbolic execution of configurations.

Public communications networks, such as those delivering mobile and wired broadband Internet access to homes and businesses, are typically subject to a high degree of regulatory oversight. Consequently, the policies that national governments enact have a big impact on how our customers experience our products, influencing how fast and available their connections are and how much they cost.

MNR technology policy efforts give researchers a clear understanding of policy perspectives, opportunities and constraints, and in coordination with LCA, bring world-leading technical knowledge into the policy-making arena. Examples of focus areas for MNR technology policy include rules for use of wireless radio frequencies (spectrum), and rules protecting networked services (such as O365, Bing, Skype and other Microsoft products) from being impaired by network operators (network neutrality).

We are pursuing two threads of research. First, we are developing techniques to characterize the physical layer and correlate its performance to that of packet delivery. To enable this analysis, we are mining optical data from Microsoft’s wide area network (WAN) and data center networks. Our analysis is uncovering key insights such as fibers cuts are not the leading cause of WAN faults (equipment failures are), the level of optical power overprovisioning in WANs is such that data transmission speeds can be safely increased by over a third, and low receive power is a common cause of packet corruption inside data centers.

Second, we are exploring radical cross-layer network designs. For the data center, we are focusing on free-space optics and the use of DMDs (digital micromirror devices, which are pervasive in projectors today) as the basis for a completely flat interconnect with high fanout and fast (10 microsecond) switching. For WANs, we are focusing on cross-layer traffic engineering, that is, a system that jointly and dynamically decides the routing of wavelengths and packets. Since commodity hardware does not enable us to prototype such ideas, we are also developing an FPGA-based platform for programmable optical transceivers.

Modern datacenter applications demand high throughput (over 40Gbps) and ultra-low latency (less than 10 microseconds) from the network. At the same time, the brutal economics of the cloud services market dictates that CPU overhead should be minimized. Standard TCP/IP stacks cannot meet these requirements: e.g. the single hop latency of a production TCP stack can be over 15 microseconds, and to saturate a 40Gbps link, the stack can consume 15-20% CPU cycles. Remote Direct Memory Access (RDMA) can provide low latency, and high throughput by bypassing the host networking stack for data transfer operations. On IP-routed datacenter networks, RDMA is deployed using RoCEv2 protocol, which relies on Priority-based Flow Control (PFC) to enable a lossless (i.e. no congestion drops) network.

However, PFC can lead to poor application performance due to problems like head-of-line blocking and unfairness. To alleviates these problems, we have designed DCQCN, an end-to-end congestion control scheme for RoCEv2. To optimize DCQCN performance, we build a fluid model, and provide guidelines for tuning switch buffer thresholds, and other protocol parameters. Our experiments show that that DCQCN dramatically improves throughput and fairness of RoCEv2 RDMA traffic. DCQCN is implemented in Mellanox NICs, and is being deployed in Microsoft’s datacenters.

TIMELY, a protocol put forth by Google is a parallel effort to DCQCN. It aims to solve the same problem, but uses delay as a congestion signal (like TCP Vegas).

We strive to find a balance between long term research and product impact.  You may know about our research from the papers we publish and the talks we give, here we share with you a few examples of the broad impact we have had on Microsoft products.

MNR works with academic institutions in a number of different ways. We sponsor a number of ACM and IEEE conferences; Our researchers serve on steering and program committees of academic conferences and workshops; we serve on editorial boards of prestigious journals; Via the Hawaii Academic outreach program, we support mobile computing courses and research at several universities; we invite colleagues from academia to visit us and we host events that provide a forum to brainstorm about new research.

Microsoft Research awards a two-year fellowship to outstanding Ph.D. students. Past recipients with Ph.Ds. in Mobility & Networking are: 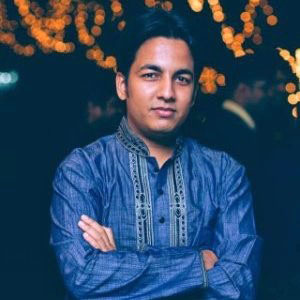