Below please find an index of news and awards that recognize Microsoft researchers’ contribution to scientific research and commitment to advancing computer science. You can also view the awards archive for recognition before 2016.

This form contains a series of checkboxes that, when selected, will update the search results and the form fields. Currently selected items are under the "current selections" heading.
1,320 results found
News Story

September 23, 2021
by Behind the Tech with Kevin Scott

Kevin talks with Peter Lee about critical response scientific research, deep learning and neural networks—all related to COVID-19 and Microsoft’s growing healthcare and life sciences initiative. Listen in as they also discuss the key role that public trust plays in the work of scientists and researchers.

What science is teaching us about the future of work

My job as Chief Scientist is to use science to inform how Microsoft thinks about the future of work. To be able to contribute research during this unprecedented time means a lot to me. For instance, our research on transition time led to Virtual Commute in Microsoft Teams, and brain studies informed Together Mode, a new view in Teams that makes meetings less taxing.

implications of a “tiered” approach to platform governance

Facebook faced a great deal of criticism in September, following revelations published in the Wall Street Journal. One example was that Facebook had begun a program, called XCheck, to route public figures away from their content moderation process, to be handled differently so as to avoid PR problems. This program had metastasized to more than five million users, with little oversight, allowing some very prominent figures to engage in harassment and misinformation that Facebook’s moderation mechanisms might have removed. The Washington Post asked that Robyn Caplan and I discuss this revelation in light of research we had conducted about YouTube’s policies for their paid creators. Here too, the platform engaged in what we called “tiered governance,” quietly treating different categories of users in different ways. We argued that, while this is not inherently a bad practice, and could be a responsible approach if handled correctly, its obvious pitfalls are not disclosing this approach, which can leave users confused, frustrated, and suspicious of how and why they’re being treated differently.

How closely related are healthcare costs and quality in the U.S.?

September 10, 2021
by How closely related are healthcare costs and quality in the U.S.?

In the world of consumerism, we often think that cost and quality are related: You get what you pay for. However, that’s not necessarily the case, as Jim Weinstein, MD, discovered during the Dartmouth Atlas Project, which he founded –- and which is arguably one of the most important health services research endeavors in U.S. history. Join Humana’s Chief Medical Officer, Will Shrank, MD, and President of Pharmacy Solutions & Chief Corporate Affairs Officer, William Fleming, PharmD, as they discuss with Dr. Weinstein, now Senior Vice President of Microsoft Health, the variables that can disconnect healthcare cost and quality and how we can reduce “waste” in the system, while working toward equitable valued-based care for disparate populations. Also hear how the right approach in using data analytics and technology makes all the difference, especially as we drill down to the community level of care.

A snapshot of the future: Computing goes molecular with DNA-based similarity search from University of Washington and Microsoft researchers

Picture this: You are a researcher in the Molecular Information Systems Lab housed at the Paul G. Allen School. You and your labmates have developed a system for storing and retrieving digital images in synthetic DNA to demonstrate how this extremely dense and durable medium might be used to preserve the world’s growing trove of data. And you have a particular fondness for cats. If you wanted to sift through photos of frisky felines — and really, what better way to spend an afternoon — how would you pick out the relevant files floating around in your test-tube database without having to sequence the entire pool? In a paper published recently in the journal Nature Communications, a team of MISL scientists presented the first technique for performing content-based similarity search among digital image files stored in DNA molecules. The approach is akin to that of a modern search engine, albeit in a much smaller form factor than your average server farm and with the potential to be much more energy efficient. 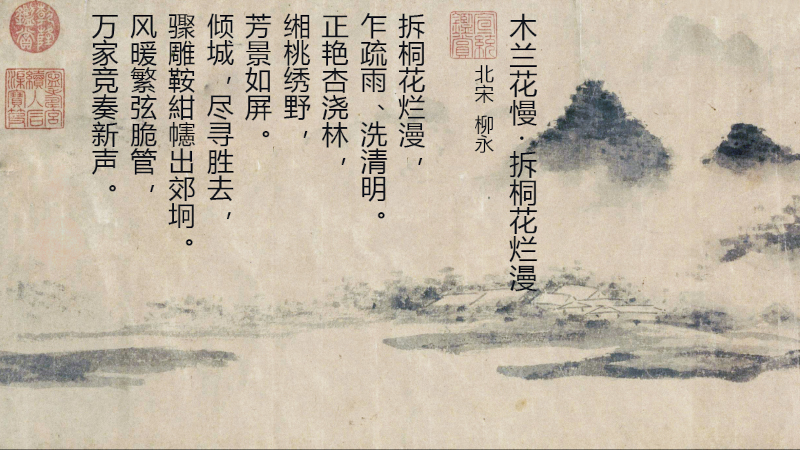 When reading ancient Chinese poetry, we often marvel at the very wonderful words ancient writers could use to describe people, events, objects, and scenes. This is a splendid cultural treasure that has been left behind for us. However, similar to Shakespeare’s verses in the English language, the literary Chinese used by these poets is often difficult for modern day people to understand, and the meanings and subtleties embedded within it are frequently lost.  To solve this problem, researchers at Microsoft Research Asia adopted the latest neural machine translation techniques to train direct translation models between literary Chinese and modern Chinese.

FLAML is a lightweight Python library from Microsoft Research that finds accurate machine learning models in an efficient and economical way using cutting edge algorithms designed to be resource-efficient and easily parallelizable. FLAML can also utilize Ray Tune for distributed hyperparameter tuning to scale up these AutoML methods across a cluster.

OctoML engineering collaborated with Microsoft Research on the “Watch For” project, an AI system for analyzing live video streams and identifying specified events within the streams. The collaboration sped up inference for the deep learning algorithms that analyze video streams, demonstrating an inference throughput increase of more than 2x with ongoing implementation work to realize those throughput advances as reductions in production costs. The recent engineering developments that made the inference speedups possible are now available for the entire TVM community via Auto-scheduler and INT4 quantization.

One papers accepted by EMNLP ’21!