Jonathan Peli de Halleux is actively working on TouchDevelop and Code Hunt. In the past, Peli worked on Moles (shipped as Fakes in Visual Studio 2012), rise4fun, Pex and Code Digger. Every morning, Peli teaches mobile computer science at his local high school.

Peli joined the Foundations for Software Engineering in October 2006. Peli worked in the CLR as a SDET in charge of the Just In Time compiler (2004-2006). Before joining Microsoft, Peli earned a PhD in Applied Mathematics from the Catholic University of Louvain (2000-2004). 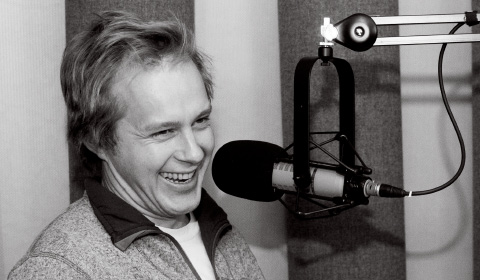 Code in the Classroom with Dr. Peli de Halleux

Episode 12, February 15th, 2018 - If you’ve ever wondered if you could find the perfect combination of computer scientist… and MacGyver, look no further than Dr. Peli de Halleux, Principal Research Software Design Engineer at Microsoft Research. A key member of the MSR RiSE team, Peli is part of the MakeCode initiative that brings physical computing to classrooms around the country and around the world. Today, Peli talks about the Maker Movement in K-12 education, the hard work that goes on behind the scenes to deliver a “seamless” user experience for both kids and teachers, and how to get children excited about coding through hands on experience in early computer science education.