Mary’s research focuses primarily on information worker task management, health and wellness for individuals and groups. Her background is in visual attention and multitasking. She holds a PhD in Cognitive Psychology from Indiana University in Bloomington. Mary was awarded the Chicago Global Visionaries Award in 2006, the ACM SIGCHI Lifetime Service Award, was inducted into the CHI Academy, and became an ACM Distinguished Scientist in 2010. Mary became a Fellow of the ACM in 2016. She also received the Distinguished Alumni award from Indiana University’s Brain and Psychological Sciences department in 2014 and a Distinguished Alumni award from the College of Arts and Sciences from Indiana U. in February, 2018. Mary became a Fellow of the American Psychological Science association in 2018 and was recognized as an EAI (European Alliance for Innovation) Fellow in 2019. 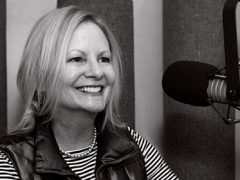