Ever since it was released in the 1980s, Microsoft Excel has changed how people organize, analyze, and visualize their data, providing a basis for decision-making for the millions of people who use it each day. It’s also the world’s most widely used programming language. Excel formulas are written by an order of magnitude more users than all the C, C++, C#, Java, and Python programmers in the world combined. Despite its success, considered as a…
January 25, 2021
In the news | TechRepublic

In the news | TechRepublic

Excel might be the world's most widely used programming language; Microsoft is on a journey to turn it into a better and more powerful programming language, without losing what makes it Excel. Spreadsheets do more than just calculations; they help people analyse data -- and often, they codify that analysis into a decision model. Code those same kind of decisions in JavaScript or PHP and it's clear that you're doing programming.
December 11, 2020
Awards | Microsoft News Centre UK

Simon Peyton Jones, principal researcher at Microsoft and one of Britain’s leading computer scientists, was appointed chair of the Government’s new National Centre for Computing Education (NCCE), which works to improve the teaching of computer science in schools. He will lead the organization as it tries to increase the number of young people who choose to study the subject at GCSE and A-Level. Peyton Jones said: “I am delighted to have a role in translating…
March 18, 2019 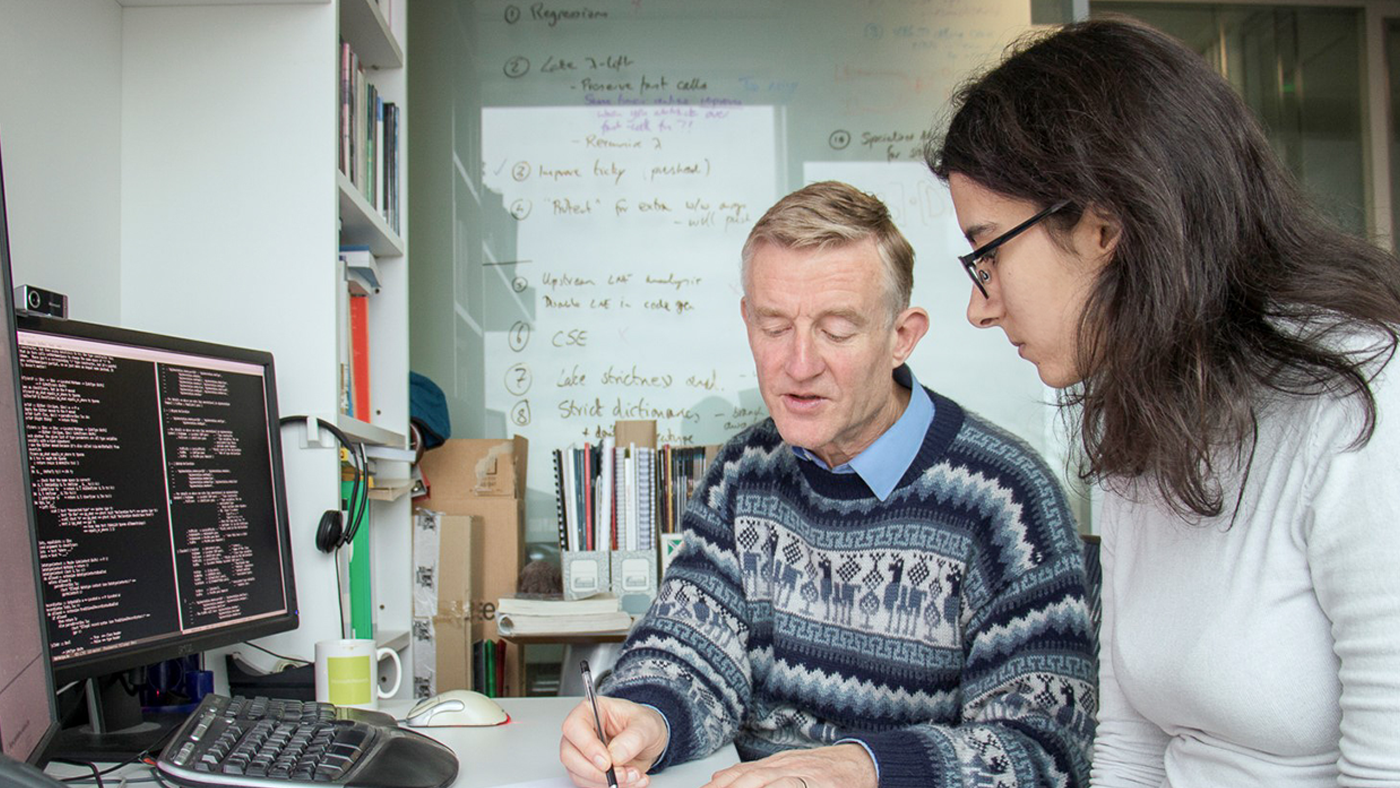 Spreadsheets are the world’s most widely used programming language, by several orders of magnitude. We asked ourselves whether it would be possible to apply programming language research ideas to make spreadsheets a better programming language? If we could, that would empower a huge user community to do more. One of the joys of working at Microsoft Research is the ability to directly influence mainstream software technologies – in this case, Microsoft Excel. And the Excel…
January 14, 2019
In the news | ACM SIGPLAN

Simon Peyton Jones and Simon Marlow receive the SIGPLAN Software Award as the authors of the Glasgow Haskell Compiler (GHC), which is the preeminent lazy functional programming system for industry, teaching, and research.
January 01, 2011
In the news | ACM

Elected Fellow of the ACM

Simon Peyton Jones elected Fellow of the Royal Society for his pioneering work on functional programming languages and as lead designer of the Glasgow Haskell Compiler, and for his pivotal role in the complete reform of computer science teaching in England in 2014. Read more >
May 02, 2016
In the news | ACM SIGPLAN

His development and maintenance of GHC, the Glasgow Haskell Compiler, as well as his stewardship of the Haskell 98 standardization effort, have made Haskell into both an active research testbed and an industrial-strength language for commercial use, as recognized by the 2011 SIGPLAN Software Award.
January 01, 2014