Sumit Gulwani is a computer scientist connecting ideas, people, and research with practice. He is the inventor of several intent-understanding, programming-by-example, and programming-by-natural-language technologies including the popular Flash Fill feature in Excel used by hundreds of millions of people (which has now also found its place in middle-school computing textbooks). He leads the PROSE research and engineering team at Microsoft that develops APIs for program synthesis and has incorporated them into various Microsoft products including Visual Studio, Office, Notebooks, PowerQuery, PowerApps, PowerAutomate, Powershell, and SQL. Here’s a 3-min video introduction:

Sumit has co-authored 10 award-winning papers (including 3 test-of-time awards from ICSE and POPL) amongst 140+ research publications across multiple computer science areas and delivered 60+ keynotes/invited talks. He was awarded the Max Planck-Humboldt medal in 2021 and the ACM SIGPLAN Robin Milner Young Researcher Award in 2014 for his pioneering contributions to program synthesis and intelligent tutoring systems. He obtained his PhD in Computer Science from UC-Berkeley, and was awarded the ACM SIGPLAN Outstanding Doctoral Dissertation Award. He obtained his BTech in Computer Science and Engineering from IIT Kanpur, and was awarded the President’s Gold Medal.

Sumit is a strong believer in the power of cultural transformation. He articulated the 4-big bets culture for his team (customer connection, blended research and engineering, cross-disciplinary research, and foundational framework-based research). He is a sponsor of storytelling trainings and initiatives within Microsoft. He has started a novel research fellowship program in India, a remote apprenticeship model that aspires to nurture scientific talent in diverse communities, while bringing in the critical mass to accelerate disruptive science. 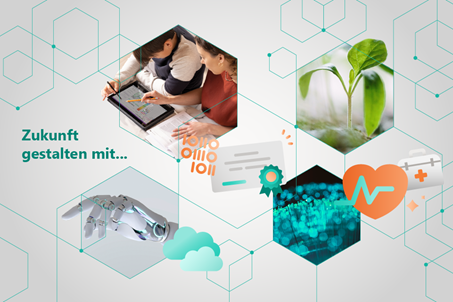 Shaping the future with: Sumit Gulwani

In our series "Shaping the future with" we introduce you to interesting personalities who are working on future technologies. This time with Sumit Gulwani from Microsoft Research. He explains why the computers of the future will understand us humans better.…

Program synthesis and the art of programming by intent with Dr. Sumit Gulwani

Episode 99 | November 20, 2019 - Dr. Sumit Gulwani is a programmer’s programmer. Literally. A Partner Research Manager in the Program Synthesis, or PROSE, group at Microsoft Research, Dr. Gulwani is a leading researcher in program synthesis and the inventor of many intent-understanding, programming-by-example and programming-by-natural language technologies – aka, the automation of “what I meant to do and wanted to do, but my computer wouldn’t let me” tasks. Today, Dr. Gulwani gives us an overview of the exciting “now” and promising future of program synthesis; reveals some fascinating new applications and technical advances; tells us the story behind the creation of Excel’s popular Flash Fill feature (and how a Flash Fill Fail elicited a viral tweet that paved the way for new domain investments); and shares a heartwarming story of how human empathy facilitated an “ah-ha math moment” in the life of a child, and what that might mean to computer scientists, educators, and even tech companies in the future.