The Dryad Project is investigating programming models for writing parallel and distributed programs to scale from a small cluster to a large data-center.

New! Dryad and DryadLINQ are now available in source form at the Dryad GitHub repository, with pre-built binaries available from NuGet.org. For release documentation see our Getting Started with DryadLINQ page.

Most of the information below is historical and will be updated over time and migrated to the DryadLINQ documentation site.

Dryad is an infrastructure which allows a programmer to use the resources of a computer cluster or a data center for running data-parallel programs. A Dryad programmer can use thousands of machines, each of them with multiple processors or cores, without knowing anything about concurrent programming.

The Structure of Dryad Jobs 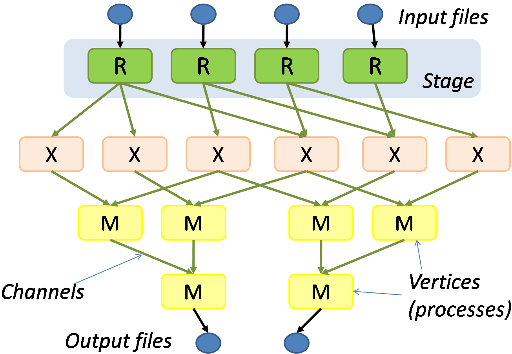 A Dryad programmer writes several sequential programs and connects them using one-way channels. The computation is structured as a directed graph: programs are graph vertices, while the channels are graph edges. A Dryad job is a graph generator which can synthesize any directed acyclic graph. These graphs can even change during execution, in response to important events in the computation.

As a proof of Dryad’s versatility, a rich software ecosystem has been built on top Dryad: 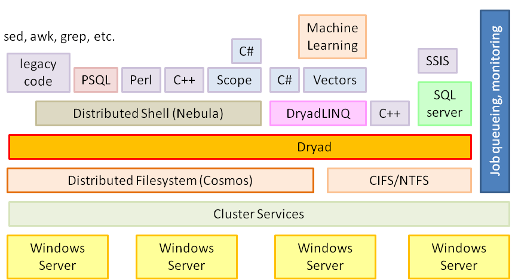