Want to Give MySong a Try?

MySong is now Songsmith; you can download a free trial (or the full version, if you’re a teacher who wants to use it in your classroom) at:

Most folks never get a chance to answer this question, since writing music takes years of experience… if you don’t play an instrument or spend lots of time around music, you’ll probably never get to write a song.

MySong, introduced in our CHI 2008 paper, automatically chooses chords to accompany a vocal melody, allowing a user with no musical training to rapidly create accompanied music. MySong is a creative tool for folks who like to sing but would never get a chance to experiment with creating real original music. Come on, you know who you are… you sing in the car, or in the shower, or you go to karaoke clubs, or you just once in a while find yourself singing along with catchy commercial jingles. MySong is also a great tool for songwriters who want to quickly experiment with melodies and accompaniments.

Our CHI 2008 paper discusses the system at a high level and presents an evaluation of the system; our AAAI paper focuses on (a) a formal, mathematical description of our chord-generation and pitch-tracking systems and (b) additional mechanisms we use to intuitively expose model parameters to users.

And just a quick word on what MySong isn’t, particularly in response to the various forum posters who are (appropriately) very suspicious of anyone who thinks songwriting can be automated. MySong does not automate songwriting. No one will ever write, record, and produce a top-40 hit with any version of MySong. What MySong does do is give many folks who would never even tastesongwriting a great opportunity to just get a glimpse of music creation. Is the output from MySong ready for radio? No. But is it more than good enough, when coupled with a style-based arrangement tool (i.e. when not using just the simple piano part you hear in our video) to give someone a feeling that they’ve created something musical for the first time? Absolutely. Is it more than good enough to make a cute birthday song for Mom or a Valentine’s Day song for your significant other, even if you don’t play an instrument? Absolutely.

Furthermore, for songwriters, is MySong going to replace the craft of songwriting? Never. Could it be a super-useful scratchpad for exploring new melodies and ideas? Definitely. If you’re a songwriter, you’ve probably had the experience of coming up with a melody and finding the nearest object with a “record” button on it just to get your idea down. Imagine that first quick experience also letting you explore some chords and styles… lots of songwriters have told us they’d love to have that! Then of course you’d work with other tools, other people, instruments, etc. to really develop a song, but this could be a great tool that lets you play with new melodies in places where you couldn’t before (on the go, on the bus, in the airport, etc.).

Now before we get to all the detailed examples and results, let’s finally hit you with a typical audio example of something created with MySong. Here a singer just sang into MySong, twiddled some sliders, and pressed “play”; we also show you the results we get when we take our chords and fire them through Band-in-a-Box, a style-based arrangement tool that takes chords as input.

As part of the evaluation presented in our CHI 2008 paper, we had 13 non-musically-trained participants come into our lab to try out MySong. They got a 5-minute tutorial on the system, then had 10 minutes per song to play with it. Since we figured participants would be sufficiently uncomfortable singing in a stranger’s office, we didn’t ask people to work with new melodies; instead, we had them bring in a few of their favorite pop songs. However, we stress that from MySong’s perspective, these were completely new songs.

These accompaniments were created using MySong in less than ten minutes by participants who had absolutely no familiarity with chords or harmony. All participants featured on this page consented to the release of these recordings. For copyright reasons, this information is reproduced at the end of each audio file. For the same copyright reasons, we can only show you a small handful of the recordings that were made. Contact us if you’d like to hear more; also check out our video (above), and the results from our other evaluation (which used non-copyrighted songs) (below).

In the following table, we present examples from the comparative-rating study described in our paper. Here we had experts create accompaniments — in five minutes or less — for a large number of melodies, using (a) MySong, (b) whatever tools a musician would normally use to accompany a melody (instruments), and (c) a commercial sytem that creates accompaniments for instrumental(not vocal) melodies (to show the value of our vocal-specific innovations). The songs we present here were selected solely based on copyright permissions and not on the quality of the generated accompaniments.

Each selection is presented as an isolated vocal recording in left-most column. The next three columns present, for each melody, the vocal audio along with accompaniments prepared using three systems for selecting chords: (1) MySong (the system presented in our paper) (2) manual assignment by musicians, and (3) Band-in-a-Box1 (a state-of-the-art system for accompanying instrumental melodies). Note that these systems were used only for selecting chords; the selected chords were rendered to piano accompaniments using an identical system for each condition.

The number below each icon is the mean of the subjective scores assigned to the corresponding accompaniment. Scores were assigned independently by 30 musicians.

1 Band-in-a-Box (BIAB) is, to our knowledge, the only commercially-available system for generating chord sequences from melodies. BIAB is primarily a system for generating accompaniment audio from chords, but includes a module for determining chords from a melody. The BIAB system represents the state of the art in determining chords from a musical melody, but was not designed for vocal input, which cannot yet be reliably and automatically converted to a “clean” musical melody. We therefore are not evaluating the quality of BIAB’s chord selection mechanism per se; rather, we use this comparison to highlight the importance of designing a chord-selection system specifically for vocal audio. In fact, BIAB does a great job generating chords for instrumental melodies. Our evaluation should thus not be used to judge the quality of this component of BIAB. 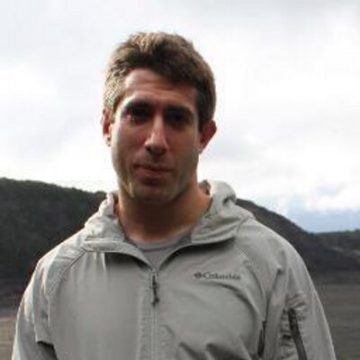