Project Catapult is the code name for a Microsoft Research (MSR) enterprise-level initiative that is transforming cloud computing by augmenting CPUs with an interconnected and configurable compute layer composed of programmable silicon.

We are living in an era where information grows exponentially and creates the need for massive computing power to process that information. At the same time, advances in silicon fabrication technology are approaching theoretical limits, and Moore’s Law has run its course. Chip performance improvements no longer keep pace with the needs of cutting-edge, computationally expensive workloads like software-defined networking (SDN) and artificial intelligence (AI). To create a faster, more intelligent cloud that keeps up with growing appetites for computing power, datacenters need to add other processors distinctly suited for critical workloads.

FPGAs offer a unique combination of speed and flexibility

Since the earliest days of cloud computing, we have answered the need for more computing power by innovating with special processors that give CPUs a boost. Project Catapult began in 2010 when a small team, led by Doug Burger and Derek Chiou, anticipated the paradigm shift to post-CPU technologies. We began exploring alternative architectures and specialized hardware such as graphics processing units (GPUs), field-programmable gate arrays (FPGAs), and custom application-specific integrated circuits (ASICs). We soon realized that FPGAs offer a unique combination of speed, programmability, and flexibility ideal for delivering cutting-edge performance and keeping pace with rapid innovation. Though FPGAs have been in use for decades, Microsoft Research (MSR) pioneered their use in cloud computing. MSR proved that FPGAs could deliver efficiency and performance without the cost, complexity, and risk of developing custom ASICs. 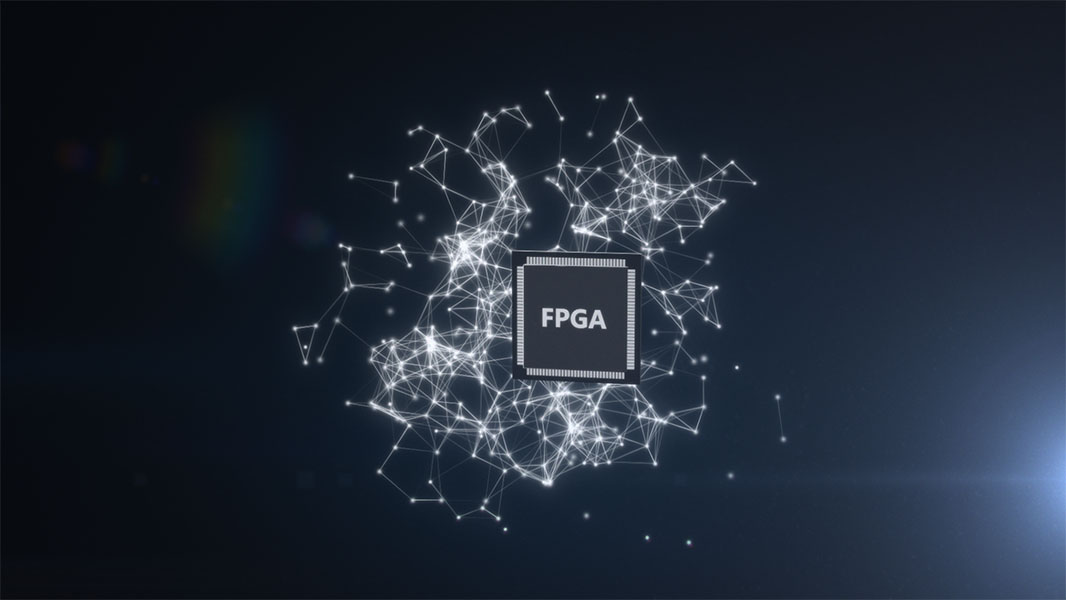 Project Catapult’s innovative board-level architecture is highly flexible. The FPGA can act as a local compute accelerator, an inline processor, or a remote accelerator for distributed computing. In this design, the FPGA sits between the datacenter’s top-of-rack (ToR) network switches and the server’s network interface chip (NIC). As a result, all network traffic is routed through the FPGA, which can perform line-rate computation on even high-bandwidth network flows. 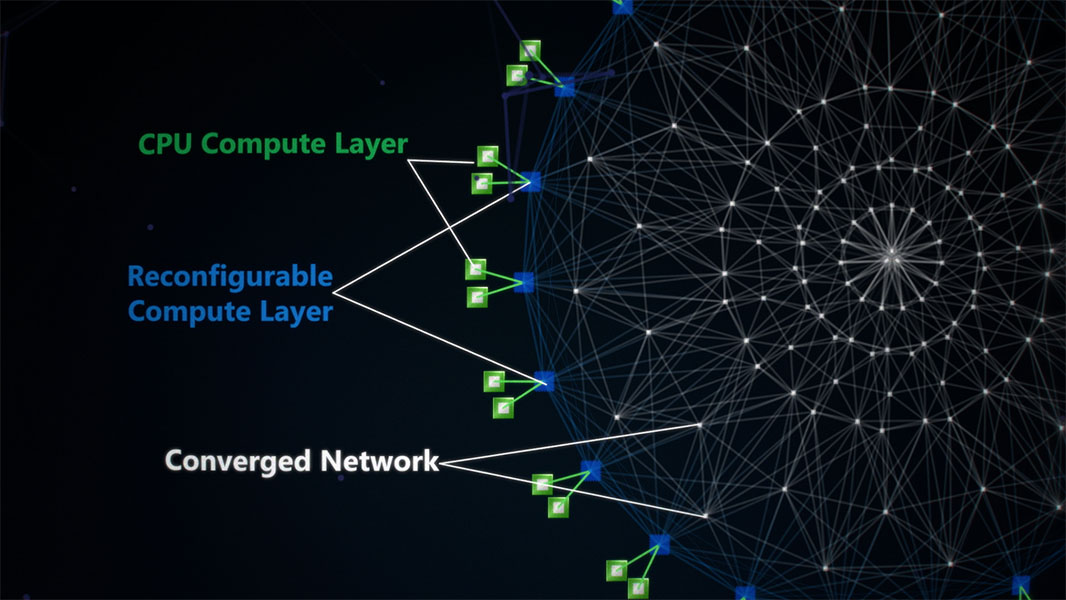 Today, nearly every new server in Microsoft datacenters integrates an FPGA into a unique distributed architecture, which creates an interconnected and configurable compute layer that extends the CPU compute layer. Using this acceleration fabric, we can deploy distributed hardware microservices (HWMS) with the flexibility to harness a scalable number of FPGAs—from one to thousands. Conversely, cloud-scale applications can leverage a scalable number of these microservices, with no knowledge of the underlying hardware. By coupling this approach with nearly a million Intel FPGAs deployed in our datacenters, we have built the world’s first hyperscale supercomputer, which can compute machine learning and deep learning algorithms with an unmatched combination of speed, efficiency, and scale. 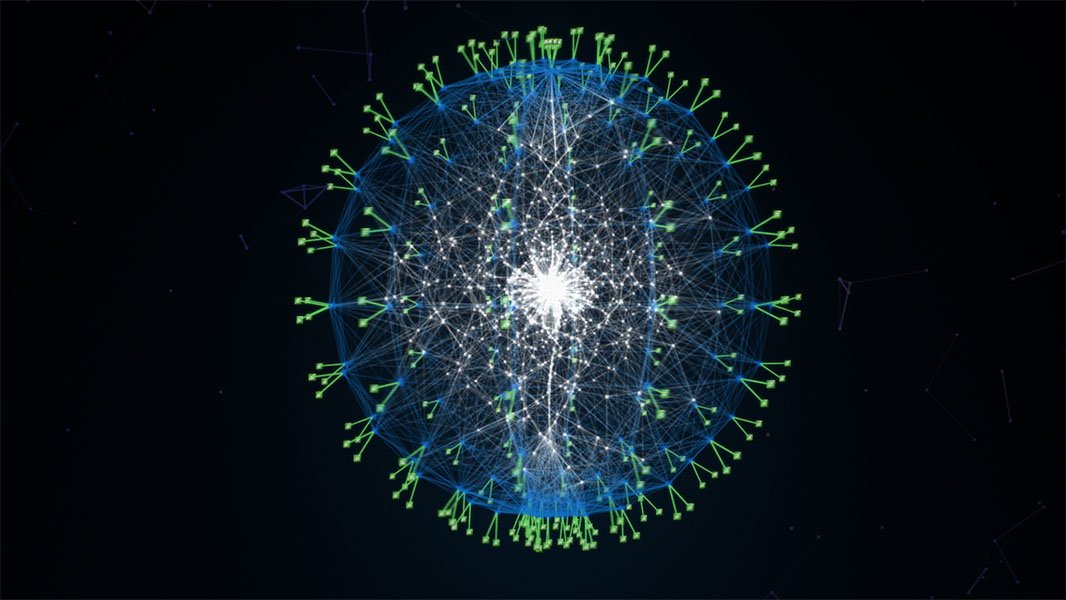 Through Project Catapult, Microsoft is leading the industry’s datacenter transformation by using programmable hardware. We were the first to prove the value of FPGAs for cloud computing, first to deploy them at cloud scale, and, with Bing, first to use them to accelerate enterprise-level applications. 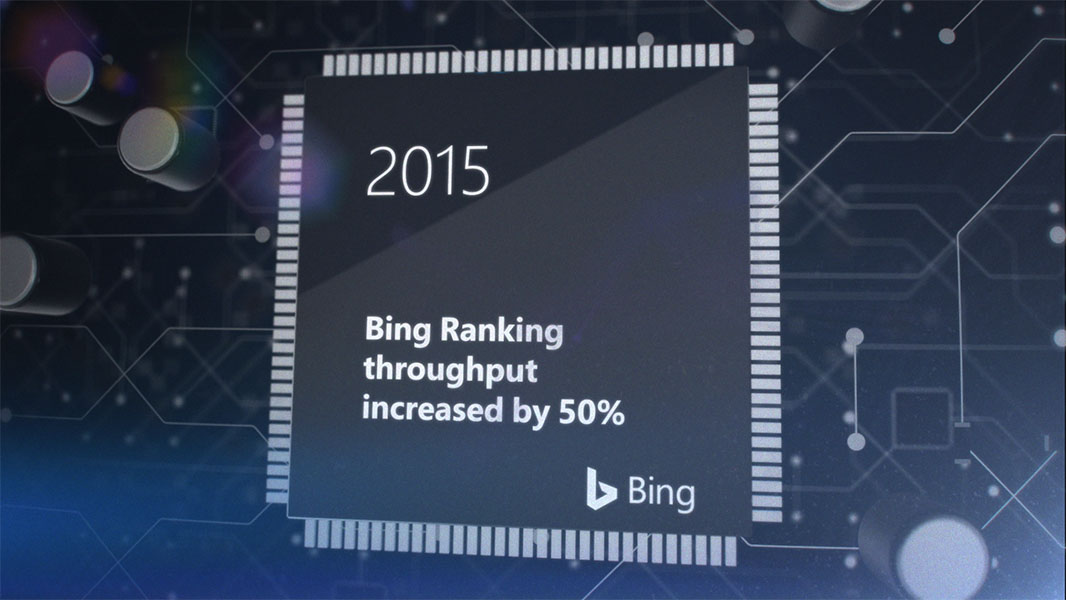 This is still the beginning. Project Brainwave is gaining traction across the company, with accelerated models in development for text, speech, vision, and other areas. The company-wide Project Catapult virtual team continues to innovate in deep learning, networking, storage, and other areas.

Why Microsoft Has Bet on FPGAs to Infuse Its Cloud With AI, by Mary Branscombe
Data Center Knowledge | April 25, 2018

Microsoft is building its own AI Hardware with project Brainwave
Fortune | August 23, 2017

Why Microsoft Is Putting These Chips at the Center of Its Cloud
Fortune | October 17, 2016

Microsoft Bets its Future on a Reprogrammable Chip
Wired | Sept. 25, 2016 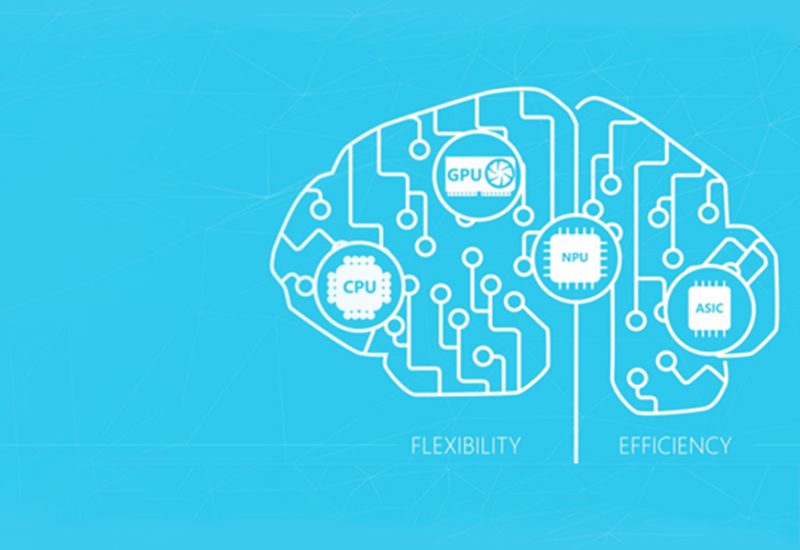