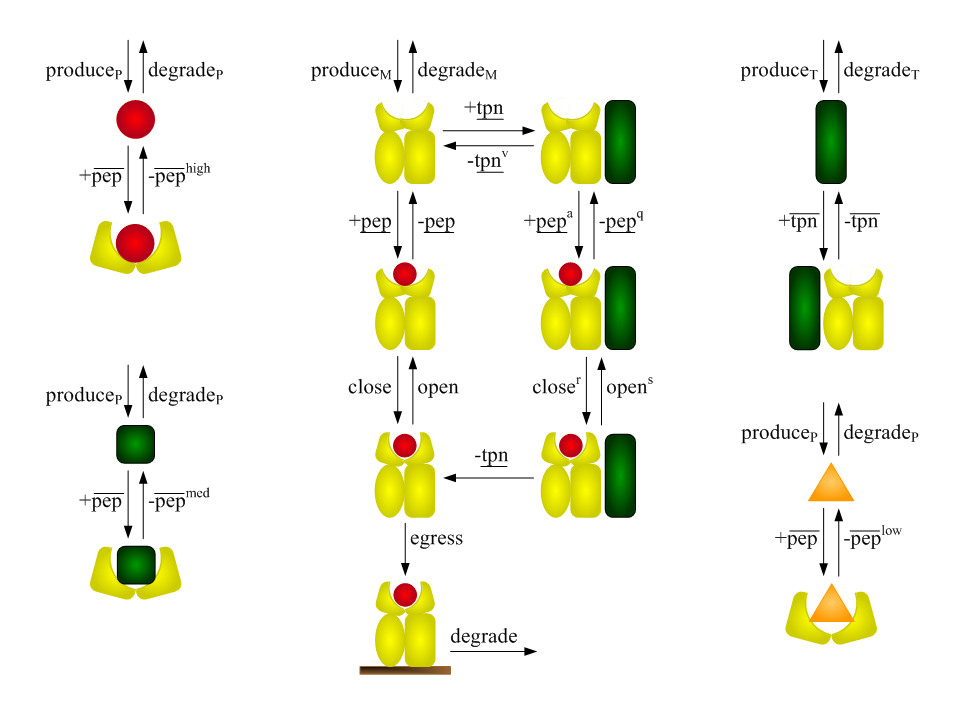 The Stochastic Pi Machine (SPiM) is a programming language for designing and simulating computer models of biological processes. The language is based on a mathematical formalism known as the pi-calculus, and the simulation algorithm is based on standard kinetic theory of physical chemistry. The language features a simple graphical notation for modelling a range of biological systems, and can be used to model large systems incrementally, by directly composing simpler models of subsystems