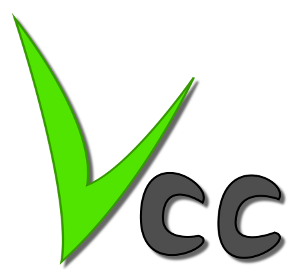 VCC is a tool that proves correctness of annotated concurrent C programs or finds problems in them. VCC extends C with design by contract features, like pre- and postcondition as well as type invariants. Annotated programs are translated to logical formulas using the Boogie tool, which passes them to an automated SMT solver Z3 to check their validity.

The work flow is illustrated by the figure below. One starts with annotating the C code with contracts. Contracts are written using C preprocessor macros, so one can get rid of them using a single preprocessor switch and compile the code using one’s favorite C compiler. If the contracts are left in place, VCC when run on a program will report: 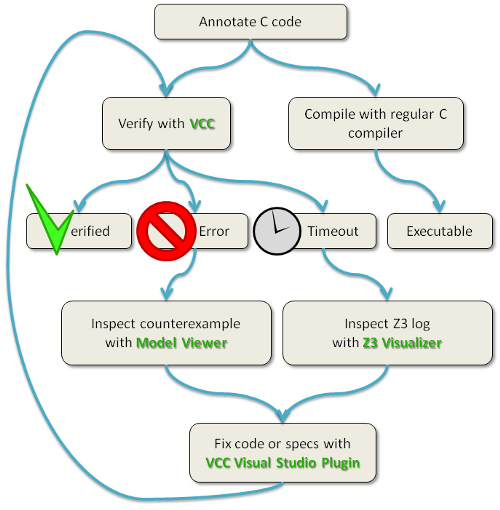 The VCC research project is being developed primarily in European Microsoft Innovation Center in Aachen, Germany and in the RiSE group at Microsoft Research in Redmond.

The current primary goal of the VCC project is to to verify Microsoft Hyper-V. The Microsoft Hyper-V is a hypervisor — a thin layer of software that sits just above the hardware and beneath one or more operating systems. Its primary job is to provide isolated execution environments called partitions. Each partition is provided with its own set of hardware resources (memory, devices, CPU cycles). A hypervisor is responsible for controlling and arbitrating access to the underlying hardware and in particular for maintaining strong isolation between partitions.

Hyper-V consists of about 60 thousand lines of operating system-level C and x64 assembly code, it is therefore not a trivial target.

There are also some slide decks from talks: