More than 93 percent of Microsoft’s internal processes are now operating in the cloud on Microsoft Azure. This is part of an ongoing digital transformation at the company fueled by Microsoft Digital, the organization that powers, protects, and transforms the company.

Microsoft drove many cloud-based internal projects during 2021, including bids to expand its use of a Zero Trust security model, to transform its internal network, to improve how teams ingest data across the company, and to automate how it responds to tens of billions of security threats.

While Microsoft’s journey to the cloud is nearly complete, the lessons learned along the way are still highly relevant to the company and its customers. To move to the cloud, Microsoft rethought its infrastructure and operations platforms, tools, engineering methods, and business processes—all to create a collaborative organization that delivers cohesive and scalable solutions to its employees, partners, and customers.

To get there, Microsoft Digital led the company on a very specific path: First it focused on improving operational efficiency, then on embracing modern engineering thinking and reinventing its culture to help its employees embrace transformation, and then, finally, on delivering value by using the new capabilities and tools within Microsoft Azure.

Discover how Microsoft is evolving its internal operations with Microsoft Azure.

At Microsoft, the shift to remote and hybrid work has helped the company speed up the transformation of its internal network. The company benefited from the need to move quickly to make sure that the 180,000 people who work on its network were not disrupted when they began working remotely.

The opportunity to do new and more powerful things is just immense. I’m looking forward to seeing where we go next.

Microsoft Digital made several improvements to its network while protecting the company and its employees against a growing and evolving threat landscape. Those improvements included adopting the cloud as its primary endpoint for all activity at the company. It also made sure its network was fully able to support and secure several new remote and hybrid work scenarios and a surge of new Internet of Things experiences.

Click through to learn more about the transformation of Microsoft’s network.

Microsoft’s Pete Apple was there to guide Microsoft through its journey to the cloud, something that he documented in a series of blog posts.

“The opportunity to do new and more powerful things is just immense,” says Apple, a principal service engineer in Microsoft Digital. “I’m looking forward to seeing where we go next.”

Read the first installment in Apple’s Microsoft’s Expedition where he writes about the learning, pitfalls, and compromises that the company made along the way.

With a growing online population and increasing performance demand, the cybersecurity threat landscape has grown more dangerous. Microsoft’s internal security team is responsible for powering and protecting all assets across the enterprise. One of the ways it does that is by using Microsoft Azure Active Directory Multifactor Authentication to help company employees stay secure on any device.

To help it respond to the growing security threat, Microsoft deployed Microsoft Azure Sentinel to improve how it responds to more than 20 billion cybersecurity events per day.

The new security information and event management (SIEM) is helping the company zero in on the threats that need attention and allowing it to not worry about those that don’t.

Read more about the lessons learned in rolling out Azure Sentinel internally at Microsoft.

Check out how Microsoft is transitioning to a modern access architecture with Zero Trust.

Learn how Microsoft is powering IoT experiences across the company internally.

Find out how Microsoft is instrumenting ServiceNow with Microsoft Azure Monitor. 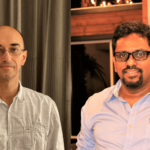 Migrating to Microsoft Azure was just what Microsoft needed to transform its massive purchasing system. The Commerce Transaction Platform (CTP) that the company depended on heavily for more than 20 years was a powerhouse, but it was aging—the Commerce and Ecosystem (C&E) team that managed it needed to move it to the cloud to get... Read more 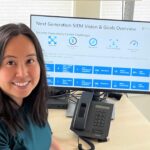 Editor’s note: We’ve republished this blog with a new companion video. Sometimes you outgrow the capabilities of a well-loved tool—that’s exactly what happened to Microsoft and its on-premises Security Information Event Management (SIEM) system. Thanks to a timely assist from Microsoft Azure Sentinel, the company hasn’t missed a beat. Our old SIEM was expected to cap... Read more 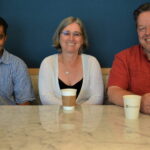