Vinni Dang doesn’t consider herself a software developer, but she is certainly a problem solver.

When Dang recognized the manual process used by the Microsoft employees who access 1,300 company bank accounts in 191 countries, she wanted to streamline this largely manual process.

Not an engineer, she looked around for a non-technical solution and discovered Microsoft Power Automate, a cloud-based workflow solution for automating workflows across applications and services.

Best of all, no coding was required.

“We didn’t need to work with engineering teams or have a coding background to create a tool,” Dang says. “We just needed some business logic and approval workflows. Once we had that designed and mapped out, we were able to implement the solution using Power Automate.”

Empowering citizen developers to solve problems on their teams

The Global Cash Management team began to learn how to use Power Automate through trial and error and used online courses and tutorials.

“We started by building simple flows before we made the business logic more complicated,” Dang says. “The major learning was that we needed to manually plan our logic before we built it out on Power Automate. This enabled us to identify the gaps in our processes before we started implementation.”

“If you’ve ever created a slide in a PowerPoint deck and made simple animations to make the deck more polished, you can create a Power App,” says Pat Dunn, a principal program manager in Microsoft Digital who designs, builds, and supports Power Apps. “You don’t need to know a programming language to begin, but you’re able to use the power of the platform to create low-code or even high-code solutions.”

Using Power Automate, Dang and Diersch created a centralized tool to evaluate whether an employee was active, manage access requests, and create a clear audit trail of who accesses a bank account and why.

“Due to the low-code, no-code capability of Power Automate, the life cycle was completed in a few weeks with no dependency on the IT team,” Dang says.

Using Power Automate made it easy for the team to scale the solution, integrate new business logic as the company expands, and receive error messages in a timely manner.

“Now, we not only have a clear audit trail of who has access, but also an approval workflow that’s been automated with this application,” Dang says. “This ensures that everyone who gets access to Microsoft accounts has an appropriate business justification.”

The team also consulted the Microsoft Privacy team to ensure that their hand-built tool was certified.

“In conversations with compliance or audit groups, it became apparent that this tool offered a reliable, systematic way of logging changes and activity, especially when compared to a more manual tracking system,” Diersch says.

Diersch says that the team was able to iterate on the application in an agile way. For Dang and Diersch, the most rewarding part was building an improved experience for end users.

“We used Power Automate to pull in hierarchy information in an intelligent way and route them to the right people,” Diersch says. “This is how we used it specifically, but it can also be applied for any approval process.”

With this tool, the Treasury team receives tickets with all the information associated with an approval request, which has increased efficiency by 75 percent. If an employee leaves the company or switches teams, the Treasury team can also change the logic on the back end to add additional employees or restrict access.

“We’re seeing huge gains in the quality of the data,” Diersch says. “Our processing team receives clean and validated information, and it’s more efficient than receiving this data over email.”

Dang agreed, remarking on how fast the tool responds.

“If a treasurer has a question about who has access to Microsoft bank accounts, we can pull this data in seconds,” Dang says.

For teams who want to automate processes in their organization, Diersch recommends leveraging existing Power Automate templates and experimenting with different connectors.

“There’s such a big library, so there’s probably an existing flow that could be modified to address some of your business needs, or just provide a place to start,” Diersch says. “You can customize the rest.”

Power Automate is part of a larger suite of Power Platform apps that can be used to build end-to-end business solutions. To support the development of apps and flows, Power Platform users in small to medium-sized businesses can also take advantage of the Power Apps Center of Excellence starter kit.

“It connects users with the community and empowers them to be citizen developers with guardrails,” Dunn says.

Ultimately, Power Platform users like Dang and Diersch are embracing the power to meet their personal and team productivity needs, which benefits both IT and the company as a whole.

“From the IT professional side, make sure you have governance strategy, processes, and tooling so you can govern citizen development in your tenant,” Dunn says. “This enables you to build a thriving community where people are empowered to build productivity tools and make the organization more efficient.”

Microsoft manages hundreds of buildings around the world with various purposes—warehouses, offices, labs, cafes, and so on. Like all companies with large real estate footprints, the company wanted to find better ways of managing each building type. To do that, a team in Microsoft Digital set out to transform the way it categorizes its real... 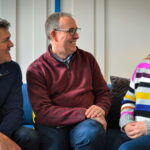 When Microsoft set out to transform the way it launches its products, there was a lot on the line. The company rolls out hundreds of new product offerings a year, representing billions in projected revenue. Each division of Microsoft had developed its own approach to releases and built up disconnected and inefficient processes. While the... Read more 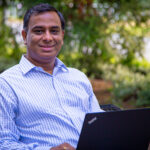 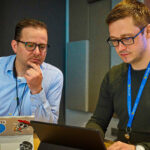