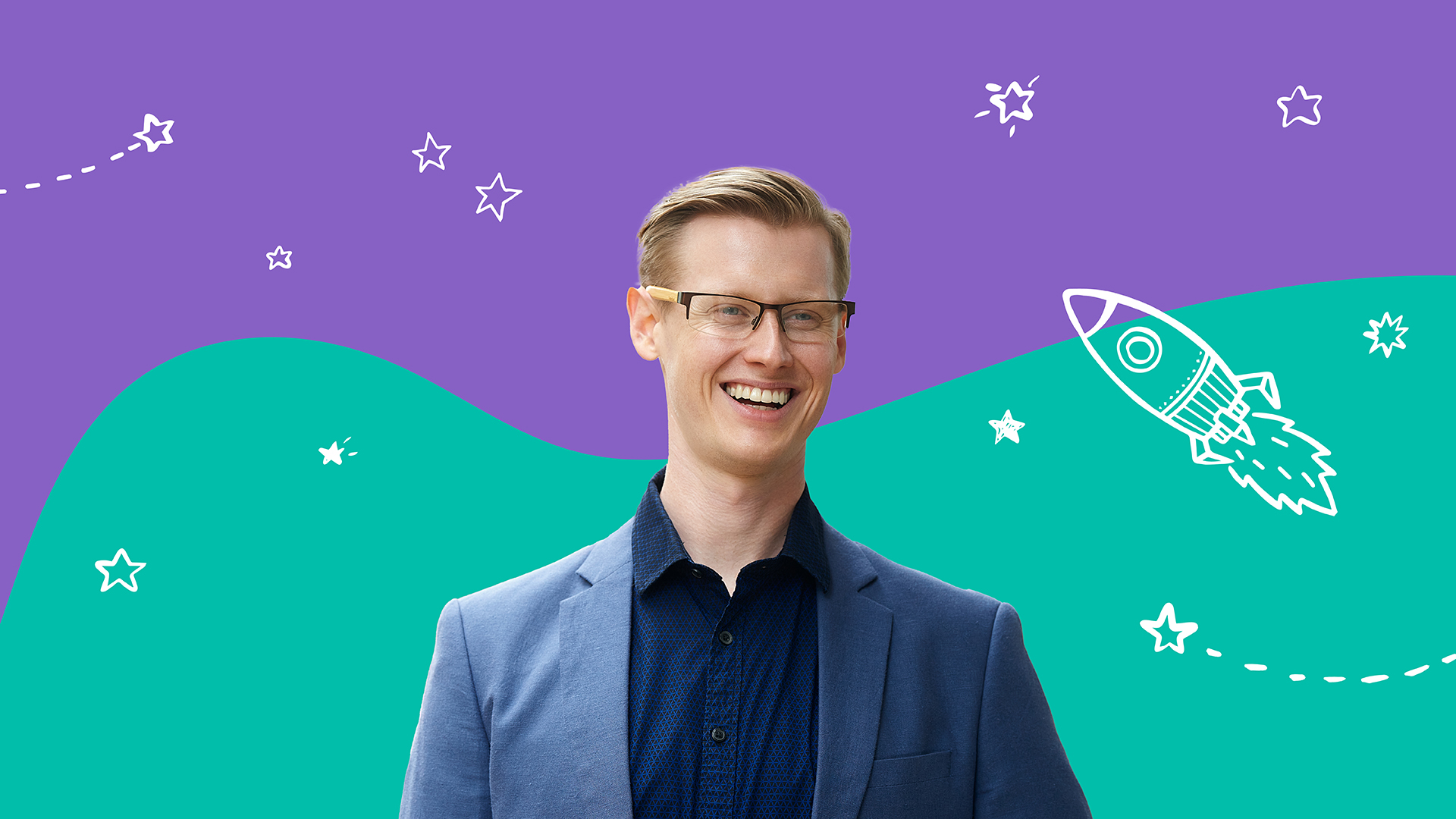 “It was like being on a rocket ship, where my imagination was the only limit”: Dominic Williamson’s journey from Queensland to Washington

“Are we ready for this?”

It was March 15, 2020, and the COVID-19 crisis was escalating rapidly. Mayor Bill de Blasio had just announced the closure of New York City’s schools when Dominic Williamson, sitting at his desk in his Seattle home, opened this message from Microsoft’s Executive Vice President of Experiences and Devices, Rajesh Jha.

Dominic had just come off a call with the New York City Department of Education’s IT team. Within hours, over a million students and teachers would require access to Microsoft Teams to continue their lessons. And as Senior Program Manager for Teams for Education, Dominic would be responsible for making this happen as smoothly as possible.

“Something like that definitely makes you rise to the occasion very quickly,” he reflects, one year on.

But for Dominic, who just a few years before had been studying psychology in his Brisbane hometown, a rapid rise was nothing new.

“I was always interested in what Microsoft was doing ”

Growing up, Dominic had never considered a career in technology. He was fascinated by computers: opening them up, putting them back together, adding new parts. But he’d always considered it a hobby, not a vocation.

“Programming wasn’t such a big focus at high schools in the 2000s,” he explains. “Back then, computer studies was more like, ‘what is a website’?”

So, upon leaving school, he enrolled in a psychology and economics double degree. But two years in, he noticed something. Whereas his friends would fill the time between economics lectures reading up on policy debates and checking financial markets, Dominic was more interested in scouring the latest tech blogs.

“I wouldn’t go home and look at policies,” he explains. “I just wanted to know what Microsoft was doing, and what the other tech companies were doing. Realising that was a real ‘aha!’ moment.”

He decided that he too wanted to build a career out of something he loved. And as soon as he transferred into software engineering at the Queensland University of Technology (QUT), he knew he’d made the right call.

Getting a foot in the door

On graduating in 2013, Dominic also knew exactly where he wanted to go.

“There are very few companies that you can say have had an impact across your whole life,” he says. “But having grown up playing Xbox and using Windows, working at Microsoft was the dream.”

Dominic had already made some contacts within Microsoft back in 2010, when a representative had visited QUT and challenged the students to make their own app in exchange for a free Windows Phone.

“To a poor uni student, that was incredibly appealing!” Dominic laughs. Despite having less technical experience than many of his peers, the fitness app he created was a surprise success. Soon, it was available on the Windows Phone app store.

Dominic had not only won a smartphone, but a foot in the door. So, when he saw a graduate role advertised in Microsoft’s Brisbane sales team, he didn’t hesitate to apply. 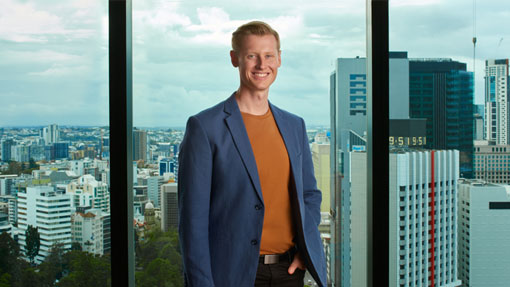 The road to Redmond

Dominic spent three years in education sales at Microsoft, rising fast and excelling at every task. But when his manager offered him his own permanent territory, he explained that his real passion lay on the engineering side of things.

His manager was supportive, and soon Dominic was lining up coffees, sending out emails and generally keeping his ears to the ground for technical openings. Then one day, he entered a conference room to see one of his former education colleagues chatting with a woman he hadn’t met before.

Her name was Sarah Joshi, and she was Principal Product Manager Lead of Teams. She was joined in Brisbane by Bhrighu Sareen, Corporate Vice President of Teams. Both of them were based in Seattle, and Bhrighu was actually in the process of putting together a Redmond-based technical team to develop Teams for Education.

In particular, he was looking for someone who could translate between the customers and the coders; someone who could take a teacher’s wish for a more interactive virtual classroom, for example, and work with engineers to turn it into a new feature.

It didn’t take long for Bhrighu to put him forward for the role. He did several interviews, for half of which he had to fly to Redmond. “That was by far the most intense afternoon I’ve ever experienced,” he laughs. “Trying to sleep in the hotel room that night was certainly interesting.”

When he learned that he’d been successful, he was ecstatic. “I called my wife straightaway,” he says. “We’d been on the whole journey together and this was years of effort, coming into one beautiful moment.”

Soon, Dominic and his wife had packed up their things and set up house in Redmond.

Travelling through American cities, meeting a new group of friends, learning which washing powder to choose out of thousands of options … the opportunities and challenges were endless, but they quickly created a life they loved.

And things were going just as well professionally.

“I wasn’t just in Seattle,” Dominic explains. “I was in Seattle on Microsoft’s fastest growing product. It was like being on a rocket ship, where my imagination was the only limit. Being surrounded by tens of thousands of the world’s best engineers and designers, passing Nintendo and Boeing and SpaceX on the way to work … Seattle is like Disneyland for tech careers.”

But after two incredible years, COVID-19 hit and everything changed.

Work remained stimulating, with Dominic responsible for developing Teams to enable online learning for millions of educators and students in the US and UK. But by October 2020, with the crisis showing no signs of letting up, the couple was ready to return to their family and friends in Brisbane.

Just because he was returning to Australia didn’t mean Dominic’s career had to take a step back.

Since arriving home, Dominic has been promoted to lead a group of Teams Program Managers across Australia, India, Asia and the Middle East. He’s enjoying the transition to people management, which he credits to the support he’s received from his own managers as well as peers who are in the same boat.

“From the day I joined as a graduate, it’s always been a really nice, safe and supportive culture to learn and evolve,” he says. “If you tell your manager you have a big idea, one you’re not sure will work, they will support you to try. Even if no-one uses the feature or shows up to the event, you can say ‘Well, here’s why it didn’t work, and here’s how we’ll use that learning to be better tomorrow’.”

“Building technology is hard,” he continues. “Bugs happen and it’s not intentional, it’s the complexity of writing, managing and processing millions of lines of code. What I love about Microsoft is that we fail fast, we learn and we keep improving.”