From a global perspective, the amount of data in organizations is ballooning at 50 percent year over year. The number of threats to this data from cyberattacks and data breaches is mushrooming. Cyberincidents cause organizations to lose money, data, productivity, and consumer trust. In 2016 alone, cybercrime resulted in:

When it comes to malware alone, 1 million new pieces of malware are created each day. According to the 2017 Verizon Data Breach Investigations Report, malware accounts for 51 percent of breaches.

It’s clear that organizations worldwide need rapid-fire protection, detection, and response to threats. Yet, on average, more than 99 days pass between infiltration and detection, which is like leaving the front door wide open for over four months. This is why we need threat intelligence.

At Microsoft, we continue to improve our ability to identify, prioritize, and respond to the biggest threats that target our company and customers. Every six months since 2006, we publish the Microsoft Security Intelligence Report. This report has extensive Microsoft research on software vulnerabilities, vulnerability exploits, and threats like malware—along with guidance to help assess risk and protect against threats.

At Microsoft, security is front and center

Part of what enables this defense is threat intelligence. Threat intelligence gathers indicators—or signals—from a breadth and depth of sources to understand the threat landscape. As a security leader, we build on our vast experience as a global enterprise, ongoing study of the threat landscape, broad scale, strength of signal, and visionary thinking to help understand and mitigate the effects of increasingly sophisticated attacks. These include zero-day attacks, targeted phishing campaigns, and other novel attack methods.

We employ threat researchers and analytics systems across our global network to give a timely, actionable view of the threat landscape. We are in a unique position, with billions of data points that shed light on security issues. For example, each month, we gather intelligence by:

This intelligence and signal richness is built into products and services like Office 365, Windows, and Azure to let you know that attacks are happening. Many organizations don’t have threat managers, threat analysts, or a threat intelligence framework. To help organizations worldwide use the framework that we have built, we look at questions like:

Because Microsoft has infused threat intelligence into its technologies, other companies reap the benefits along with their purchase or subscription, even if they don’t have a formal threat program in place.

Why does threat intelligence matter?

Let’s take a closer look at what the concept of threat intelligence means to us and why having this intelligence is important. Given the number of signals, it’s easy to get lost in a sea of noise. It’s crucial to have context to understand which signals are highest priority, why, and what actions to take.

Threat intelligence at Microsoft includes signals inside and outside the company, related to areas shown in Figure 1, like denial of service, malware, or unauthorized data access. With the right context, this intelligence leads to targeted actions—for example, releasing system updates, enforcing security policies like multi-factor authentication, or applying other security measures. 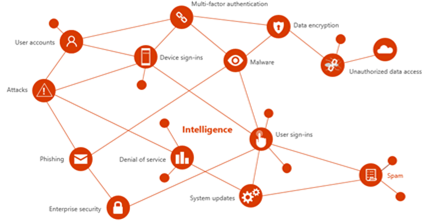 Figure 1. Examples of the threat intelligence we get

More than just a buzzword, at Microsoft, true threat intelligence goes beyond lists of bad domains or bad hashes. Instead, it provides the necessary context, relevance, and priority—sometimes called enrichment—for people to make faster, better, and more proactive cybersecurity decisions. For example:

Enriched intelligence is built into our technologies that are used worldwide. Where does this enrichment come from? Some of it is from threat intelligence producers. Other enrichment is from intelligence about ourselves and the threats we face. Enrichment gives context on threat detections—for example, whether a threat is related to a group that’s involved in corporate espionage, or whether it involves criminals who are trying to steal credit card numbers.

Having this enrichment and context helps us and our customers who are defending against threats know the priority for mitigating threats and identifying next steps. Threat intelligence producers at Microsoft provide relevance and tell why something’s bad, which is just the type of information that security analysts want.

Security concerns aren’t limited to any sector. All organizations need to defend themselves against cyberthreats, making it a core part of their strategies and operations. Visibility and intelligence into threats are crucial for preparedness—for example, knowing the type of attack, who’s being targeted, how often, and the source of attacks.

Through threat intelligence, we give organizations and customers visibility, context, and relevance of security events. Having access to—and sharing this knowledge—helps decision makers both inside and outside security teams prioritize actions and reduce risk.

Threat intelligence is built into Microsoft products and services

How do we at Microsoft enable enterprises to take advantage of shared threat intelligence through products and services like Office 365 and Windows Defender ATP—and offer context, relevance, and priority to help people take action?

We gather, produce, and consume threat intelligence in our security ecosystem through:

We integrate the threat intelligence we gather into products and services like:

The Microsoft Intelligent Security Graph is foundational for embedding security protection in Office 365, Azure, Windows, and other products. The graph will gather signals from the entire ecosystem of Microsoft and industry-leading commercial and consumer services, security monitoring and operations services and products, Windows devices, Azure, and Office Security and Compliance services. It enriches those signals with threat, customer, industry, and operational context. Signals in the graph generate insights and context that are infused into Office 365, Azure, Windows, and other products and services.

By stitching together and correlating these enriched signals, the Intelligent Security Graph can generate a holistic picture of the threat landscape. This, in turn, helps Microsoft and graph-enabled customers detect threats and share real-time intelligence—and drive rapid and systematic response and remediation action.

Microsoft gets additional visibility into the security landscape by collecting intelligence feeds. These combined feeds supply data about threats and can be matched against the signals provided in Microsoft products and services.

Integration across Windows 10, Azure, Office 365, and other products

Figure 2 shows examples of built-in security protection and threat intelligence across our products and services bundled into Microsoft 365 Enterprise.

What Office 365 Threat Intelligence does

By using Office 365 Threat Intelligence to protect, detect, and respond to threats, any size organization can:

Office 365 is one of the biggest enterprise email services and productivity suites in the world. To help protect information and spot patterns in Office 365, Microsoft has built a vast repository of threat intelligence data. Let’s look at some of the capabilities and features in Office 365 Threat Intelligence:

Suppose you want to investigate a malware threat. Here are some examples of how you can use Threat explorer:

In addition to the threat dashboard and Threat explorer, Office 365 Threat Intelligence offers real-time alerts, and through its threat intelligence schema, threat intelligence feeds are made available to the Office 365 Management Activity API. This API gives visibility into user, admin, system, and policy actions and events from Office 365 and Azure Active Directory activity logs. The Management Activity API also connects to a wide variety of security information and event management providers so that you have access to most of the data in Office 365 Threat Intelligence. You can use this information in your investigations to help understand and remediate a suspected breach.

This Microsoft Security, Privacy and Compliance blog post has an example of using threat intelligence and threat protection capabilities in Office 365 to help prevent a specific malware attack from occurring—by using the end-to-end Office 365 Threat Protection stack. Features include:

Now let’s look specifically at how the CSEO organization uses threat intelligence to protect, detect, and respond to threats.

Within CSEO, we’re primarily threat intelligence consumers. We analyze signals that we get and do operational response based on analysis. We process more than 15 billion security events on a given day and manage:

Within Microsoft, the Digital Security and Risk Engineering (DSRE) team was developed to help ensure that all the company’s information and services are protected, secured, and available for appropriate use through innovation and a robust risk prevention framework. Across CSEO and throughout the company, DSRE is continually evolving the security strategy and taking actions to protect our assets and the data of our customers.

All of these technologies have threat intelligence built in.

We use a combination of threat intelligence technologies and related processes in Office 365 such as:

Email that contains unsafe attachments and links can carry many advanced threats like zero-day attacks and advanced phishing campaigns. We need to get ahead of these threats for our employees. To proactively defend against the sophistication and volume of attacks, we use Office 365 Advanced Threat Protection and Exchange Online Protection. Based on the visibility we get, we apply security policies in organizations across Microsoft. We use ATP and EOP to:

Core part of our security investigation

Threat explorer has become critical to our security investigations. As we identify related emails, our security team can quickly group them into an incident and take action.

Before Threat explorer, two teams were engaged to respond to email threats: the Security Operations Center Team and the Email Service Delivery team. The SOC provided the Email Service Delivery team criteria to search across all mailboxes. After going through the search results, malicious emails were identified and asked to be deleted. If only malicious emails were returned, a blocking rule was added to protect against the same threat in the future. If legitimate emails were also returned, the search criteria had to be modified, a new search had to be performed, and the cycle would continue.

This was time consuming because Microsoft has more than 300,000 mailboxes in Exchange Online. Each email had to be searched to see if there was a match.

Threat explorer drastically simplified this process. The SOC can do targeted searches itself and get results back in a fraction of the time. This dramatically reduces the time to investigate an email and take action.

Self-service response for quicker, more efficient actions without having to rely on other teams

Taking action based on the results of an email search is an important step in our email investigations. Malicious emails left in user mailboxes are like ticking time bombs—at any moment, people can open them and fall victim. The faster those emails can be removed or purged, the better.

Before Threat explorer, response actions against email were limited to high-level user roles on the Email Service Delivery team. Now, the ability to take action is integrated directly into the incident pane. Because of Threat explorer, our security analysts can take direct action against emails to rapidly contain threats.

Another example of this deep integration appears on the file metadata page in the Windows Defender ATP portal. If any email across the entire enterprise had that file as an attachment, an indicator and a link appears, which allows the analyst to continue investigating in Threat explorer. From there, the analyst can keep investigating to see if other systems are also compromised—using the email as a link between the two systems. This is one of the big integration points between Windows Defender ATP and Threat explorer.

The threat protection capabilities in Office 365, Office 365 Threat Intelligence, Exchange Online Protection, and Advanced Threat Protection have allowed CSEO to identify, investigate, and respond to attacks better than ever before. We can:

Here’s a quick summary of some of the lessons we’ve learned about applying threat intelligence:

What’s next for Office 365 Threat Intelligence?

Microsoft is constantly enhancing the ability to identify, prioritize, and respond to the biggest threats to the company and to our customers. For Office 365 Threat Intelligence our roadmap includes new capabilities such as:

Meet The Hive: Transforming how meetings happen at Microsoft with Microsoft Teams Rooms