Sometimes you outgrow the capabilities of a well-loved tool—that’s exactly what happened to Microsoft and its on-premises Security Information Event Management (SIEM) system. Thanks to a timely assist from Microsoft Azure Sentinel, the company hasn’t missed a beat.

Our old SIEM was expected to cap out at 10 billion events daily. We had already begun to leverage other solutions to keep increasing our security monitoring coverage.

As an enterprise, Microsoft’s footprint is massive. The company sees a lot of malicious traffic, which results in more than 20 billion cybersecurity events per day. This massive wave of noise was hard to sort through to find real threats—until the company’s internal security team turned to Microsoft Azure Sentinel, which, thanks to the cloud and AI, has the power to keep up with that volume.

“Our old SIEM was expected to cap out at 10 billion events daily,” says Mei Lau, a senior program manager for Microsoft Digital, the organization that powers, protects, and transforms Microsoft. Lau is responsible for leading the migration of Microsoft’s legacy SIEM to the cloud-based Microsoft Azure Sentinel. “We had already begun to leverage other solutions to keep increasing our security monitoring coverage.”

Because running out of capacity could lead to a worst-case scenario, Lau’s team works with the Microsoft Azure Sentinel product group to test and pilot the new security monitoring system, which includes several time-saving and modern solutions that empower security analysts to connect to and query datasets quickly and easily.

“Ingesting data into our legacy SIEM took hours,” Lau says. “In Sentinel, it takes around 10 minutes, which is 18 times faster.”

Now, they’re ready to deploy the cloud-based version of SIEM throughout Microsoft’s internal Security Operation Centers (SOC). In partnering with Microsoft Digital, which provides enterprise IT capabilities across Microsoft (including security), the Microsoft Azure Sentinel team introduced several time-saving and modern solutions that empower security analysts to connect and query datasets quickly and easily. Best of all, they’re using the power of cloud computing at scale.

[Learn how Microsoft is moving to next-generation SIEM with Azure Sentinel. Discover how Microsoft protects its network with Zero Trust. Find out how Microsoft uses elevated-privilege accounts for security.]

Getting it right with the right partners

If we can help them be successful, we’re also helping our large customers, who often have the same challenges, requirements, and needs.

“Azure Sentinel uses all the automation and scalability capabilities available in the Azure platform,” Lau says.

Microsoft Digital’s engagement with the Microsoft Azure Sentinel team addressed two sets of needs at once.

“They get the benefits of Azure Sentinel for incident response, but we get the benefit as the product team of working with customers, like our own internal digital security team,” says Laura Machado de Wright, a principal PM manager on the Microsoft Azure Sentinel product team. “If we can help them be successful, we’re also helping our large customers, who often have the same challenges, requirements, and needs.”

The collaboration meant the product team could identify what enterprise-scale customers were looking for at a faster rate.

“We can work closely and iterate more rapidly with internal teams,” Machado de Wright says. “We can get their requirements and feedback before moving into formal previews with external customers.”

These early interactions allowed the product team to work through a few nuances that could have disrupted users. In an early version of Microsoft Azure Sentinel, for example, some of Microsoft Digital’s security analysts noticed that they were getting a lot of long notifications.

“When you start testing, you realize you need certain capabilities,” Lau says. “We were able to point out the business impact of noisy alerts that are too long.”

“Now we have a better product that meets our needs at an enterprise level,” Lau says.

One objective of Microsoft Digital is to unify security operations teams onto a single SIEM—Microsoft Azure Sentinel. “Depending on the scope, there are different teams responsible for protecting Microsoft,” Machado de Wright says. “There are some common solutions between them, but many security operations teams built their own solutions or relied on third-party solutions to manage security events. With Azure Sentinel, we think there’s an opportunity for them to be the first and best customers of Microsoft.”

With Microsoft Azure Sentinel, it’s easier for SOCs to develop a tactical and coordinated response to security threats and incidents.

“Even though they might look at different pieces of the puzzle, data from different internal teams can be brought into Azure Sentinel and create detections,” Machado de Wright says. “Then, automation can assign it to the right group.”

These multiple sources can be connected for rich, multifactor detections.

“Multifactor allows us to grab from multiple sources and compare them together,” Lau says. “We can see if someone is attacking us in several different ways. Between detection and hunt, it’s very simple to track down what’s happening.”

“It was great to work with other SOCs within Microsoft,” Lau says. “We have the shared goal of protecting the entire enterprise, which enabled us to identify key requirements for parity to retire the legacy SIEM.”

Steps had already been taken to retire the legacy SIEM, so deploying Microsoft Azure Sentinel in a timely manner was critical.

To move to Azure Sentinel, the product team needed to verify that equivalent features and capabilities were live in the new security environment. Making sure the various teams’ needs were aligned helped ensure that.

“Some of these teams had fairly mature monitoring systems,” Machado de Wright says. “We had to work on prioritization and work closely to understand their scenarios to meet the requirements of their timeline.”

To build new detection systems, you need connected data sources. But first, you have to find each source and connect it to your analytics engine.

“Before, you had to understand how the data was structured and then build software to connect to your events management system,” Lau says. “Sentinel’s broad ecosystem allows many out-of-the-box data connectors to be connected up to 18 times faster.”

This is one of the major ways Microsoft Azure Sentinel accelerates and empowers engineers and analysts.

“Finding access to data can be ponderous across large volumes of data,” Lau says. “When security analysts go in and perform open-ended queries to find access to data in the repository, Azure Sentinel is extremely fast.”

Some of these time savings manifest in how quickly code can be written and deployed.

“It all happens at the speed of pushing code to the cloud,” Lau says. “So, a matter of minutes.”

Transforming the future of security

During development, Microsoft Digital and the Microsoft Azure Sentinel product team also solicited input from other enterprise customers. These partners, including a global retailer that experiences more than 9 billion security events per day, helped shape the final product.

“Sometimes we get conflicting feedback from customers,” Machado de Wright says. “We can’t always address it, but we can dive deeper by asking the internal team if they have the same pain point or scenario.”

Thanks to the contributions of Microsoft Digital and its partners, the Microsoft Azure Sentinel team has quickly developed and released a product that can handle the scale and security needs of modern enterprises.

“We have access to different personas, like analysts, engineers, managers, and different security operations teams,” Machado de Wright says. “The ability to just sit with them accelerated everything.”

And there’s still more to discover with Microsoft Azure Sentinel.

For example, with new ways to engage and interact with connected datasets, Microsoft Digital is now using machine learning with the new tool. “We are moving some of our most complex detections into Azure Sentinel,” Lau says.

For enterprise customers like Microsoft who already have the Microsoft Azure stack, using cloud-based security tools made a lot of sense.

“We’re already using Azure,” Lau says. “Now we have a better product that meets our security needs at an enterprise level. Our security operations teams don’t need to leave Sentinel. They can query different Azure Data Explorer clusters and other workspaces with permission. It’s a single pane of glass to complete an investigation.”

Learn how Microsoft is moving to next-generation SIEM with Azure Sentinel.

Discover how Microsoft protects its network with Zero Trust.

Find out how Microsoft uses elevated-privilege accounts for security.

Powering hybrid work at Microsoft: A conversation with Andrew Wilson and Nathalie D’Hers

Hybrid work requires a change in mindset, culture, and technology, creating challenges and opportunities as Microsoft empowers employee productivity from anywhere. When it comes to embracing hybrid work at Microsoft, employees want options. In this video, Microsoft Chief Digital Officer Andrew Wilson and Microsoft CVP of Employee Experience Nathalie D’Hers share how Microsoft is giving its...

Microsoft uses a scream test to silence its unused servers

Do you have unused servers on your hand? Don’t be alarmed if I scream about it—it’ll be for a good reason (and not just because it’s almost Halloween)! I talked previously about our efforts here in Microsoft Digital to inventory our internal-to-Microsoft on-premises environments to determine application relationships (mapping Microsoft’s expedition to the cloud with...

For Microsoft employees, the company’s annual global Hackathon is an opportunity to work across disciplines and build innovative solutions for the future. Sometimes the ideas they dream up turn into Microsoft products, which is exactly what’s happening with an augmented reality shopping hackathon project that seeks to reimagine the future of retail online and in...

Prioritizing accessibility at Microsoft is helping the company create products and services that are inclusive and accessible for everyone. Being successful at this important work hinges on getting feedback from people with disabilities ranging from mobility and cognitive disabilities to temporary disabilities due to an injury or short-term condition. Hope Idaewor, a user researcher in... 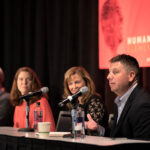 How Microsoft is transforming the way it fights security threats

The Microsoft Digital Security and Resilience (DSR) team is committed to protecting customer and employee data every day. This is underpinned by a Zero Trust strategy, supported by new analysis methods for identity compromise, and reinforced by security training and awareness campaigns. Bret Arsenault, corporate vice president and chief information security officer at Microsoft, and... Read more 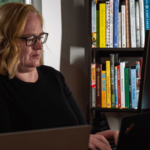 Microsoft Azure Firewall is the superhero of the internet. It prevents malware from entering corporate networks, blocks phishing attacks, and protects business-critical data. Given how it takes network protection one step further, Azure Firewall Manager is also essential. That’s because maintaining firewalls—which date back to the early days of the internet—can be a headache. They’re... Read more 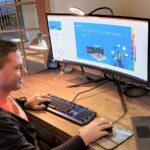 Our internal digital security team at Microsoft spends a fair amount of time talking to enterprise customers who face similar challenges when it comes to managing and securing a globally complex enterprise using a Zero Trust security model. While every organization is unique, and Zero Trust isn’t a “one size fits all” approach, nearly every... Read more