When it comes to employee expenses, Microsoft has quite a collection of corporate expense tools in its tool belt. Depending on your role, you might need different tools, all of which accomplish the same basic goal—reporting expenses and getting reimbursed—in job-specific ways.

That may sound pretty handy, but all those tools can also be a burden, especially for the engineers who have to keep them sharp. It can also be confusing for employees to have to switch between different tools and user interfaces for filing expenses.

Microsoft has built up its collection of corporate expense tools over the years, onboarding various internal and third-party expense management platforms through acquisitions and because of different business needs. As the weight grew heavier, so did the need to address their maintenance issues.

“We had multiple tools that needed streamlining,” says Amruta Anawalikar. She is a senior program manager for Microsoft Commerce Financial Services (CFS) in Finance Engineering, the team under Azure Cloud + AI that manages expenses at Microsoft. “We wanted to reduce employee productivity costs and improve operations, engineering capacity, and business capacity.”

[Find out how Microsoft is creating efficiencies in finance with Microsoft Dynamics 365 and machine learning. Learn more about migrating critical financial systems to Microsoft Azure.]

These disconnected systems were working across 110 countries and regions with no synchronization, each with its own vertical infrastructure. The system to manage them all had been built up piece by piece.

Because of varying configurations specific to local environments, deployments were no small task. Expense categories, policies, and payment rules differed across tools. None of the systems even spoke the same language—“report name” in one tool might be called “report description” or “expense purpose” in another.

Solving for these issues through tool customizations wasn’t an option, either, because one of the primary tools (a third-party product) didn’t support the API integrations needed for that kind of flexibility.

Standardization and unification were badly needed.

We’ve flipped the whole design. By generalizing the entire ecosystem and focusing on a modern Azure-based design, it allows multiple tools to exist.

“Historically, the efforts were really focused locally within each tool and over the years, each ended up having its own over-customized, tool-centric designs built around them,” says Sumeet Deshpande. He is a principal software engineering manager for CFS Finance Engineering. “Even though the systems were very similar, we couldn’t leverage the same components.”

Deshpande’s team set out to create a unified expense management experience that put engineering before process.

“We’ve flipped the whole design,” Deshpande says. “By generalizing the entire ecosystem and focusing on a modern Azure-based design, it allows multiple tools to exist, and the problems we were having in over-aligning to the specific tools have gone away.”

Microsoft’s journey to build a modern backend pipeline to unify its corporate expense tools began two years ago, with a milestone that became a catalyst for change.

In 2019, the legacy tool MSExpense 1.0 was being retired. Faced with 110 countries and regions to migrate (and myriad tax and statutory regulations to go with them), the team expected the migration to MSExpense 2.0 to take two to three years and cost an estimated $2 million. But then they decided to try a new strategy.

“That’s the point where we started thinking differently in how our tools need to be either onboarded or retired,” says Mohit Jain, a senior software engineer who led the retirement for CFS Finance Engineering.

They started breaking big problems down into smaller pieces, dividing countries and regions into buckets based on their level of complexity and tackling the migration one at a time.

The entire migration took just six months, and cost nothing.

“This was a really important part of our journey and how we approached problems going forward,” Jain says.

Building on that momentum, the team implemented a major overhaul of the user experience in 2020 and introduced OneExpense, automating much of the process with built-in machine learning to essentially eliminate the need for employees to file expense reports at all.

According to Deshpande, that’s what set the stage for remaking the back end.

“MSExpense 1.0 was retired at rocket speed,” he says. “We built on that and delivered end-to-end automation. That was a powerful story for leadership—people started to listen to us after that.”

With a firm engineering mindset and funding to move forward, the mission to modernize was on.

Microsoft Azure provided the cloud base that would help the team achieve their internet-first, top-down goal. Whereas the structures of the third-party expense tools were locked, Microsoft Dynamics 365, the company’s powerful suite of business solutions software, swooped in to stretch their flexibility.

Key to that flexibility was building a disconnected architecture that allowed the team to create a plug-and-play modular design that enabled any individual system to be swapped in or out.

“We can literally replace any component, with Dynamics 365 as a unified mechanism for any expense tool that exists,” Deshpande says. “Our primary hero is the modern Azure-based design, which really synergizes reusability across expense tools and allows multiple tools to exist because they have been there for a valid reason. The most important piece within it is Dynamics 365, but that’s just one part of the puzzle.”

Standardization was also a fundamental piece.

As part of the earlier automation project, Anawalikar had gathered extensive market research data to standardize policies. By reaching out to different markets as well as other large tech companies to investigate the sources of governance, they were able to trim a lot of fat and create a universal set of standards and definitions.

This enabled Jain to create what they called the OneExpense contract: a common data language that would allow the siloed systems to understand each other.

“Whatever expense tool you run your infrastructure on, eventually we converted that tool-specific data to a OneExpense contract,” Jain says. “It was a very important piece to make a contract that’s tool agnostic—that’s what we need for our downstream needs.”

Anawalikar calls it something else: “The holy grail.”

“Everything in this ecosystem, right from automation to expense reporting, is based on the expense contract,” she says. “We need to protect it at all costs.”

Those vertical structures in the architecture that made management of the corporate expense tools so labor-intensive were up for disruption as well, and were restructured horizontally.

This is where Dynamics 365 really has an edge. It gives us that flexibility of customization, which will make it extendable for any future needs as well.

“When they’re horizontal, they’re the same across different systems,” Jain says. “Even with different tools, the overall experience remains the same because the tool-specific data was converted to a generic OneExpense contract.”

At the core of the system, the team built its Data Integration Service: an orchestrator that controls various microsystems for calculating taxes, sending statutory forms, and sending emails to approvers. Functioning much like an orchestra conductor, the orchestrator queues each system at the right time to perform the right function, sometimes each playing solo, and other times in harmony with other instruments.

“Adding up all of those microservices would have been really difficult in any other system,” Jain says. “This is where Dynamics 365 really has an edge. It gives us that flexibility of customization, which will make it extendable for any future needs as well.”

The tool belt of the future

Deployments are easy, having gone from 100 percent manual (with a lot of typos) to standardized configurations deployed with 90 percent automation.

Modular plug-and-play components include a tax calculation system and a centralized automated auditing system that’s more efficient at flagging errors. Plus, self-monitoring and self-healing tools detect and fix issues behind the scenes before they’re flagged by employees filing help tickets.

With all of this comes greatly reduced operational costs, higher productivity, and employees who no longer have to view expense filing as a laborious, confusing task that interrupts the main focus of their jobs.

As Anawalikar says, one of the primary goals achieved is to “make expenses less expensive.”

“This expense story today is a showcase of everything Azure Cloud + AI has to offer, namely the power of Azure Cloud, the use of AI and ML, and the use of Dynamics 365,” Deshpande says.

What gets Deshpande and his team really excited as they iterate further is the architecture’s modular ability to work with any corporate expense tool.

“If Dynamics 365 evolves and rolls out multiple advanced versions, it will still work,” Deshpande says.

Jain is also looking forward to a future state in which the architecture is even lighter-weight and Microsoft Dynamics 365 is truly functioning as the Swiss Army knife of all corporate expense tools.

Along the way, the team has experienced what it feels like to be part of a team that’s empowered by research, data, and its own supportive leadership.

“We were encouraged to challenge the status quo and ask questions,” Jain says. “We used disruption for a positive outcome.”

Find out how Microsoft is creating efficiencies in finance with Microsoft Dynamics 365 and machine learning.

Since Microsoft Teams came on the scene a little over five years ago, it has become so much more than the “chat-based workspace” it was originally intended to be. We now know that hybrid work would just not work without Microsoft Teams! It has become the all-encompassing container for collaborative workflow experiences, allowing us to...

Microsoft is transforming the experience of our internal IT helpdesk agents and, using ServiceNow IT Service Management, we’re improving the experience our employees have when they request IT help. We’ve transitioned the traditional and custom IT tools and features in Microsoft service-desk into ServiceNow ITSM. This has led to innovation in many areas of our...

Microsoft has more than 220,000 employees working around the globe. Collectively, they conduct 1 billion searches annually across many petabytes of content. Helping our employees find that information quickly and accurately can be a challenge, but our team is improving the employee knowledge-finding experience through Microsoft Search, Microsoft’s modern enterprise search experience. Our employee base... 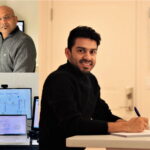 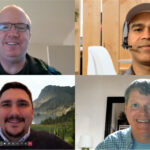 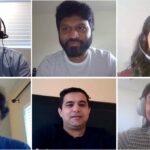 What if you could simplify your complex, manual, and ambiguous financial audit processes with automation and improved visibility? With a little bit of creativity and valuable collaboration, the Microsoft Cloud and AI team did just that, developing a unique solution that helped the Microsoft Commerce Financial Services (CFS) team that it supports transform the way... Read more